Rising to the occasion: Lessons from the Sourdough Quarantine

Tabatha Southey: I’d like to try and explain all of this bread-baking to the 35 people in North America who don’t feel the knead 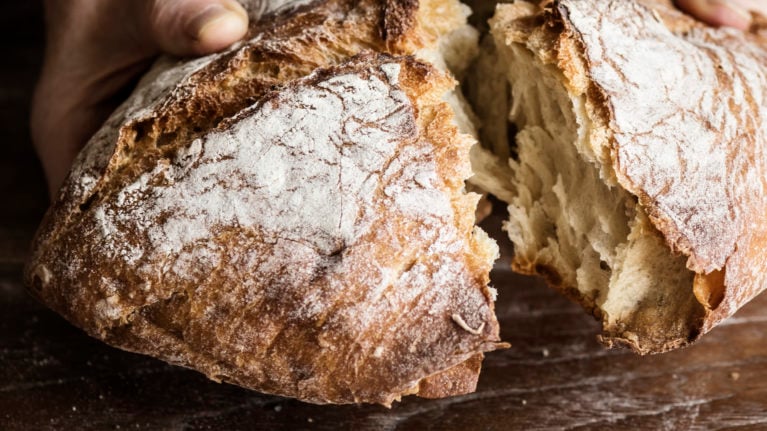 We reached the Performatively Not Baking with Sourdough stage of self-isolation this week. I see a lot of people posting complaints on Facebook about all the loaves appearing in their feeds, or announcing proudly that they seem to be the only person in the world who has not taken to baking. It turns out other people want to buy flour for, well, I don’t know what? Are they papier-mâché-ing? And they are unhappy that finding flour is not easy these days.

There has been some sourdough shaming, and I’d like to help to address this issue bread (sorry) on.

First of all, full disclosure, I like to cook. I like to bake. It calms me. Baking is my pilates. I don’t relax doing nothing and I appreciate having an achievable short-term goal. One realization to come out of my isolation, during which I have been putting in a biweekly online order for serviceable groceries, is just how much of my time in regular life is spent bringing food into the house. I walk to two different markets most weeks, about half an hour each way, in order to visit very specific shops and vendors.

I miss them. I miss Blackbird Bakery in Toronto’s Kensington Market. I miss the bins and boxes at Domino Foods in the far basement corner of the St. Lawrence Market and the fruit and vegetable lady in the north end who always gives me a deal. On a normal week, I would shop in one of Toronto’s two Chinatowns. I might go to Ambal Trading for fresh curry leaves or to House of Spice for Mrs. Ball’s sauce or to Epicure, a short walk from my house, for their special olives, or a cheese I had never heard of until 10 minutes ago, can’t pronounce and suddenly cannot live without.

Now I add a jumbo tub of margarine to my curb-side pickup order and hope “allow substitutions” doesn’t leave me with a 30-foot roll of bubble wrap in its place, and I have been made acutely aware of the fact that I am not a good meal planner.

I am a chef-of-the-moment. I want to cook what I want to cook the day I want to cook it. I am not the cook you’d want to take on an Arctic Voyage. We’d be two weeks into wintering on Beechey Island and, provisions holding up nicely but, unable to pop out for Thai basil, I’d announce that all hope was lost and everyone could just eat crew again, I’m going to bed.

All of which is to say that I understand why so many people are producing so much sourdough bread, and I’d like to try and explain all of this bread-baking to the 35 people in North America who don’t feel the knead (sorry, last one, I promise).

First of all, there’s the allure of a sourdough starter. A sourdough starter, sometimes called a levain, is made with flour and water and naturally occurring yeast and lactobacilli. It’s easy enough to grow one, but there’s generally some starter out there looking for a home.

RELATED: From a social distance, there is comedy

This is in part because keeping a healthy starter demands that one discard a proportion of it, ideally, every day, but also because whenever anyone finds a new religion (and what is a sourdough starter if not a small squishy god that lives in your kitchen and provides food in return for sacrifices of flour and water?) they want to share their joy, to proselytize.

At this point, just about everyone and their mother is giving starter away. In San Francisco, packets of sourdough starter can now be found pinned to trees or poles and you don’t have to search for this treasure either. San Francisco being San Francisco, there’s a dedicated Google Map to help you find a starter of your very own. The map offers a choice of a levain of the line of Godric, the ur-starter that started it all, or a mysterious and undoubtedly handsome starter of unknown lineage.

Think of your sourdough starter as a sea monkey that matures and helps you bake bread, or a bubbly parchment-coloured pet that will never look at you with forlorn eyes, not understanding why the park is closed, on account of it not having eyes or needing a walk.

Yet more than a somewhat practical distraction, a starter is a living thing that one can be fairly sure of keeping safe, and that’s a gift right now.

Keeping a starter is not a lot of work at all, and there are recipes for the “discard” if you run out of friends who want to join in. I had gone a few years without a starter but was given a little jar of it as soon as those of us who are lucky enough to be non-essential all went inside. The two friends who gave me the starter, both extraordinary cooks and clever writers, also launched a food blog as a direct result of being in quarantine, because what else could they do?

Try and remember that all those food posts you see, all those loaves you scroll by, are not a boast, let alone a judgment. They are a testament to our basic human need to feed each other, to keep the dinner conversation going under any circumstances.

READ MORE: A reminder from Hell that saving lives will save the economy

A few weeks ago I was sent a very good instructional video that talks the viewer through the Tartine Bread cookbook recipe for sourdough bread. That’s the book that launched the sourdough craze a few years back. It’s where just about everyone starts. The Tartine recipe is the “Smoke on the Water” of sourdough recipes. Actor Ari Cohen made the video early on in quarantine, and when I asked him why he wrote back, he replied, “I was sending starter to some friends who wanted to start baking sourdough and I really just made it for them. I wanted to save them some time and help them avoid all the mistakes that I’ve made along the way. Also, I was making the bread anyway and it was something to do! Which these days, I welcome.”

Beyond that practical fact, there is something larger at work in all these disparate kitchens, something that brings us together and should calm the nerves of those who fuss that, given a stipend to get them through this terrible time, people will never want to work again. The truth is that the vast majority of people like to work, they find work satisfying. Most people want to build, serve, teach, provide care and create, and then improve upon that creation, and they will find a way to do that in even the oddest and most unforeseen circumstances.

Of course, if your half-baked (sorry, I lied) business relies on offering your workers less emotional fulfillment and tangible rewards for their labour than a conglomeration of bacteria and microscopic fungi put on that table, the problem might be on your end. That’s on you, but here’s to everyone, and everything, rising to the occasion.