Opinion: Scott Moe isn't going to win, either in Saskatchewan or with the feds, on equalization—and his own party's history has already proven that 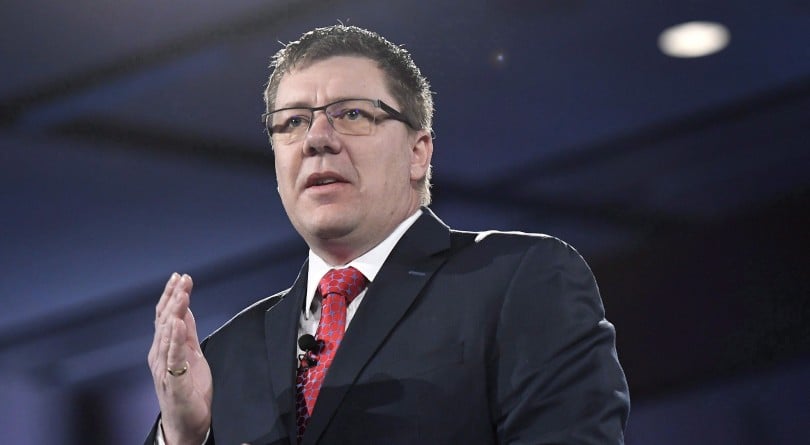 Scott Moe just wants everyone to be equal.

“Equalization is an incredibly inequitable and flawed program, which has seen provinces like Saskatchewan, Alberta and Newfoundland receive zero year after year, even through the economic downturn in the resource sector,” the Saskatchewan premier said in a news release on June 20.

On its face, his argument about the federal government’s formula-driven program of sending payments to “have-not” provinces makes some sense. Saskatchewan’s coffers are not nearly as padded as they once were, even just a decade ago. Education funding in the province is dropping, and money for healthcare isn’t growing at the rate that’s needed; an increase of 0.1 per cent in healthcare funding last year won’t help the province keep up with a population that grew by 1 per cent in the same time frame—never mind keeping up with the rate of inflation.

But given Moe’s own party’s history with the issue of equalization, dragging it out from the back of the political pantry again feels a little bit rich.

See, all the way back in the heady days of 2005, when Stephen Harper was poised to defeat the tired Liberal government then-helmed by prime minister Paul Martin, and George W. Bush was presumed by many Americans to be the worst possible thing that could ever hit the White House, the Canadian equalization formula was an issue in the federal election. During that campaign, Harper promised—well, whether it was actually a promise depends on who you talk to—that he would remove non-renewable resources from the formula, which would have equalled a significant windfall for Saskatchewan: around $800 million per year.

Predictably, not long after getting elected in January 2006, prime minister Harper began back-pedalling on equalization harder than Donald Trump after a press conference. Then-premier Lorne Calvert, deeply unpopular in Saskatchewan at the time, and knowing he was facing a nearly impossible election win to remain in government, tasked Saskatchewan’s government lawyers with launching a lawsuit against the Harper government.

Then, in November 2007, Brad Wall’s Saskatchewan Party kicked Calvert’s NDP government to the curb. It was a big year that coincided with the new SaskParty government’s victory: with a Roughriders Grey Cup win, and big windfalls from skyrocketing oil and gas prices, the province didn’t need anyone else’s money. The SaskParty gleefully attributed the province’s economic prosperity to the installation of Wall’s government, instead of the resource prices he had absolutely nothing to do with, and dropped the fight with the Harper government over the equalization pot, because Saskatchewan was doin’ it for themselves. Saskatchewan was a “have province.” It had finally arrived.

“Equalization is for ‘have-not’ provinces and we’re a ‘have’ province,” said Wall just weeks after the SaskParty’s win. “We want to have a vision of remaining a ‘have’ province and then pressing hard and aggressively for a federal partnership in key areas to make sure the current boom lasts.”

Others in his party backed him up, beginning the walk-back of Calvert’s antagonism toward what was then a Conservative federal government. “Unlike the previous NDP government who believed a negative, destructive, and pessimistic approach was the only way to deal with the federal government, it is the position of this government that we believe in rolling up our sleeves and want to work with the federal government to help build our province,” said Sask Party MLA and then-attorney general Don Morgan in March of 2008. “We are once again a have province and we are working very hard…to ensure that we maintain Saskatchewan’s rightful place as a have province in Confederation for the future.”

But a decade later, here is the leader of the same party, Premier Moe, about what happens to be a Liberal federal government: “We are not going cap-in-hand to the nation of Canada now. Our economy in this province is operating under a very different environment today than we were 10 short years ago.”

Yes, the economy in Saskatchewan is in far worse shape than it was 10 short years ago, but that wasn’t Moe’s point. In fact, he says it’s not even about Saskatchewan.

READ: Why Saskatchewan is still holding out on the feds’ climate plan

“Our proposal, we believe, is simple, fair and equitable to all Canadians,” Moe said at a June news conference in Saskatoon, where he claimed fairness for every province, not just Saskatchewan, drives his equalization dreams.

Yet Moe is dreaming if he thinks that he can somehow revoke the notion that Saskatchewan doesn’t need federal handouts, and not take with it the sense of pride and optimism that burgeoned in Saskatchewan, and which the SaskParty tied to its own brand under Wall with how he managed his province’s image and reputation on the national stage. That could prove to be a problem for his party come the 2020 election.

Indeed, in Saskatchewan, provincial identity often resembles more of a personality disorder than a defining mindset. For years, Saskatchewan was Mouseland—small and insignificant, regardless of how Tommy Douglas’s fabled story was spun. When the economy shifted and suddenly Saskatchewan was wealthy, some were tentative about the tag, as if the the curtain could be pulled back any minute and the nation would figure out Saskatchewan was still the same old country cousin it had always been.

So when Moe played the hits by banging on about equalization, it was as if he was asking Canadians to judge whether the province was still one of the country’s cool kids. There was a sense of embarrassing history repeating itself: this, again?

Even if Moe thinks he could win this one on the federal stage—and there’s no indication he will—he’d lose at home. Saskatchewan people are not ready to be relegated back to the “have-not” bargain bin, which is ultimately what he’s suggesting with this thinly veiled attempt to deflect the blame for his province’s skyrocketing debt and rather uninspiring economy. Asking for more from equalization may seem like a good idea in theory, but when it becomes clear you’re participating in a double standard, it begins to cut to the core of how a province sees itself—a dangerous political move, especially for a nervous place like Saskatchewan.

“The best predictor of future behaviour is past behaviour” is a maxim cited regularly by pop psychologist Dr. Phil. Less philosophical, but just as relevant, is the old saying regarding the definition of insanity—doing the same thing over and over again and expecting different results. Moe would be better served learning the lessons of history and walking away from a fight that nobody is going to win.