Why being 'nice' is bad for Canada 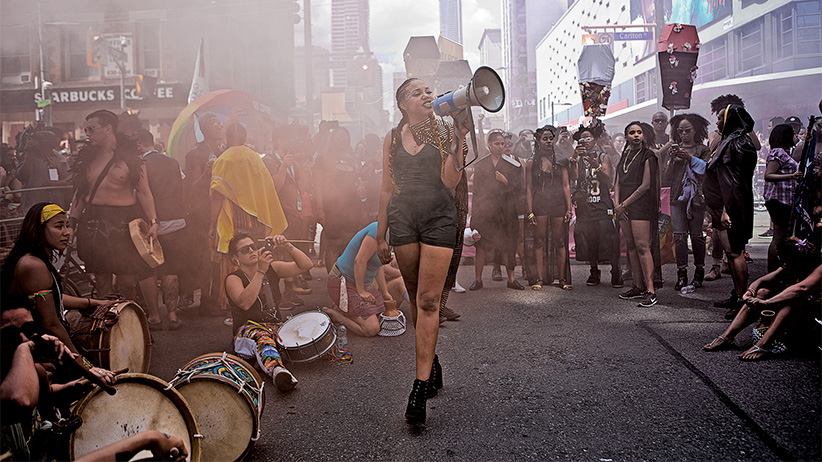 It’s difficult to determine what qualifies as “nice.” The words “nice” and “kind” are often used interchangeably. When Canadians are characterized as nice, it has more to do with being polite. And 66 per cent of Canadians believe we’re as nice as the world thinks we are, according to a survey conducted as part of   The Canada Project Survey, in partnership with Abacus Data. But this Canadian niceness is worth a closer look, particularly because “nice” is how the world often defines us and how Canadians define themselves. Yet it’s used to erase and undercut many things that aren’t so nice.

Niceness has historically been utilized to undercut progress toward dismantling systemic oppression. In a piece published earlier this year entitled “You Can’t Kill Racism with Kindness,” Lindsay King-Miller wrote: “I can think you’re an asshole and still fight for your rights. You can find me unbearable and still fight for mine. And when we simplify oppression into mere unkindness, we provide cover for friendly people who support oppressive policies.” In Canada, this is all compounded by the fact that nuanced and accurate conversations on race remain rare. Here, niceness and politeness are utilized to shut down race discourse and create what Anthony Morgan calls Canadian “racial exceptionalism”—the falsehood that positions Canadians as too nice to take racist actions and to talk about racism itself. “Having avoided the depth and scope of American Jim Crow, we imagine ourselves innocent,” wrote Rosemary Westwood in a 2016 piece that asked “Is Canada too Polite to Talk About Racism?”

The problem is that there’s a wealth of evidence that racism can actually look like it’s nice. Characterizing racism as mean and blatant is misguided and inaccurate. It also means there’s no accountability for subtle, harmful behaviour that is indeed racist.  What Christy DeGallerie aptly describes as “nice racism”—subtle “microagressions” and friendly forms of discrimination—can easily describe what Black Canadians tolerate dressed up with the veneer of niceness. Among these “nice” actions: Being asked where you are from, being told you’re intelligent for a Black person or offhand comments about a hair style. They all serve to center whiteness and frame a racialized identity as different. Blackness (and by default Black experience and Black thought) remains characterized as irrational, angry and misguided, while whiteness remains juxtaposed as rational, calm and intelligent.

The concept of racial “microaggressions,” coined by psychiatrist Chester M. Pierce, is rooted in the notion of unconscious racism. The idea is commonly discussed in the anti- oppression and anti-racism training. But by discussing intention versus impact, it still lets problematic behavior off the hook. Microagressions aren’t harmless- they arise out of implicit bias, and have real life implications for racialized people. For example, if white Canadians rely on stereotypes to even partially govern their view on Black people, decision-making is often not neutral—or nice—it is simply white.  Confronting racism means having uncomfortable conversations, which runs counter to the nice narrative. Apparently, it’s not nice to feel uncomfortable. When it comes to race, this reasoning falls flat and quickly becomes about white feelings versus Black humanity. There’s no comparison here, but every Black person I know—Canadian or otherwise—has faced the same white resistance to these conversations, in which the narrative becomes about how the individual’s  intentions are not racist.

We see this play out constantly, this month when liberal darling and serial offender Bill Maher claimed his n-word reference was nothing more than a joke. Katy Perry recently sat down with famed activist DeRay McKesson and on cultural appropriation, told the world something all Black people have heard before: I would like to be educated on these issues—but nicely. Of course, being educated on other folk’s lived realities through niceness is neither useful nor necessary, but it continues to happen. Here, in Canada, I don’t know any Black Canadian without at least one account of the same story. They call out the racism inherent in a friend’s joke, or statement, and get blamed, or labelled angry. Yet whiteness continues to be understood as neutral—and nice. When it comes to race, once again it seems that many Canadians are under the impression that being nice, or polite, means silent.

Perhaps more dangerously, our niceness leads us to allow anyone to have a platform to speak about race. If a truly anti-racist lens was used in our country, Christie Blatchford would not feel comfortable using the Black Lives Matter protests last summer, in the middle of one of the biggest moments highlighting anti-Black racism in recent memory, as an opportunity to provide a misplaced Martin Luther King Jr. quote (but no reference to his work) and characterize Black activism as a mob. We certainly did not ask for her assessment on race, and deserve much more depth.

If racism was a critical issue that Canadians generally wish to discuss, we wouldn’t be given the piece that Margaret Wente recently published on white privilege—which wasn’t about that topic at all. Wente mentioned a discussion on a CBC radio show, Ontario Today, on white privilege being taught as an element of the Ontario curriculum. She highlighted a guest on the show, Karen Walker, a racialized parent of a multiracial child, who said she, as a woman of colour, had “never really felt outside of the Canadian culture” and that she hoped that Canada was becoming “the colour-blind society that Martin Luther King advocated for.” Walker’s remarks contradict countless Black Canadians who have spoken of their experiences with anti-Blackness. But Wente employs a method common among members of the Canadian press when writing on race—she found one person to fit the narrative that she wanted to tell. Despite quoting Arlo Kempf, who spoke of “invisible spaces of whiteness where privilege goes unchecked,” Wente puts weight on Walker’s personal feelings. Here, the existence of white privilege is swapped for feelings and packaged as the truth. Wente then focuses on white people’s emotions and opinions on white privilege, highlighting callers who “were angry, defensive and dismayed…they pointed out that not all white people are equally advantaged, and cited their own family histories at length.” She and these callers missed the fact that white privilege is not defined by automatic wealth and success. Rather, it reduces the barriers faced when attempting to acquire both of those things.

We can no longer accept a bare-bones conversation on race in Canada. If Elle Dowd argues “white niceness is the antithesis of Black liberation” in the American Midwest, an identical argument can be made to white Canadians—niceness is irrelevant, and acknowledgement of humanity is key.