Opinion: By winning only seven seats, the Ontario Liberals failed to qualify for official party status—but there's a case for Doug Ford lending them a hand 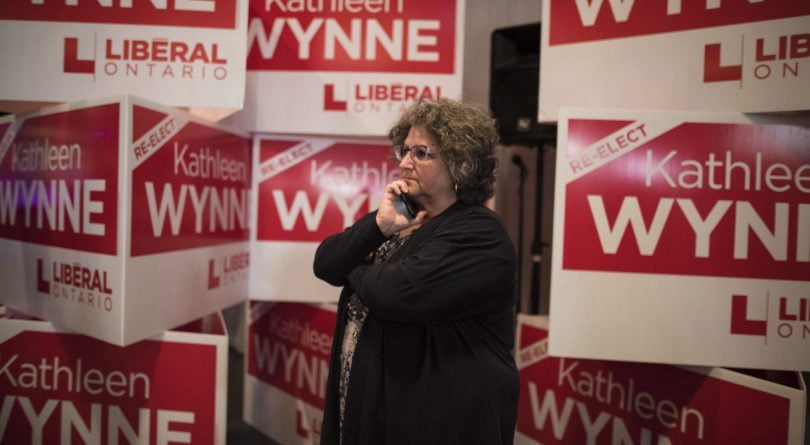 Angela Wright is a writer and political analyst. She previously worked as a political staffer for an independent MPP at Queen’s Park and served as President of an Ontario PC riding association. She holds a master’s in history from the University of Iowa.

As the dust settled from the chaotic Ontario election campaign, it became clear that the worst-case scenario had happened for the Liberals. Not only did the party come in third place, but it had won only seven seats—one short of official party status. The Liberals have since begun a campaign for an exception to be made; they want official party status. While the NDP aren’t keen on the idea, the PCs have yet to make up their mind.

But while it would be tempting for the governing party to deny this request—especially given the harsh words during the campaign reserved by premier-designate Doug Ford for the Ontario Liberals’ now former leader, Kathleen Wynne—they should do it.

Losing official party status is about more than not having a dedicated leader’s office and research staff: it’s a fundamentally different position within the legislature, which impacts the type of work an MPP is able to do. MPPs not part of a recognized party are deemed “independent” by the legislature. This means they’re not privy to important meetings that oversee the way the legislature is governed and the schedule is set (e.g. the Board of Internal Economy and House Leaders’ meetings). Consequently, their offices are often operating in the dark and are beholden to whatever information the other parties are willing to share.

Indeed, while such MPPs still have a right to sit on committees, ask questions during question period, and debate bills, their speaking time during debates is calculated as a fraction of the total time allotted to all MPPs not in cabinet. If Ford’s cabinet consisted of 24 ministers, for example, this works out to one-hundredth of the available speaking time, or roughly a few minutes each week. They’re also barred from proposing amendments to bills studied by committees they don’t sit on and must rely on the willingness of a member of another party to move it on their behalf.

READ MORE: What went wrong for the Ontario Liberals—and what happens now

Without money for staff to research government policies, “independent” MPPs’ staffers have to read entire bills (which can be upwards of 200 pages), figure out their potential impact, and determine how to vote. Pity the political staffer whose boss also wants to speak to a bill and must also write a 20-minute speech. This is in addition to usual parliamentary tasks like meeting with stakeholders, corresponding with constituents, and organizing events. There is also the loss of small luxuries like colour and double-sided photocopying, which is done using expensive machines only made available to party caucuses. Staff for independent MPPs must walk across the building to the parliamentary library just to photocopy a sheet of paper on both sides. This makes representing and serving constituents—the main job of any MPP—more difficult.

When I worked for an independent MPP at Queen’s Park, I was lucky to have gracious colleagues in the governing Liberal party. They generously offered one of their speaking and debating slots when it was needed and often made themselves available whenever I had questions or needed assistance. It is, however, much easier to do that for a single MPP’s office than for seven Liberals and the Greens’ Mike Schreiner. It may also be unrealistic to expect parties with such long-standing rivalries to be that co-operative.

Lest this be seen as a charitable move towards the Liberals, giving them official party status would also prove beneficial to Doug Ford and the PCs. Firstly, it would create more peace in the legislature. A lot of the proceedings in the legislature pass with unanimous consent, allowing for non-controversial tasks to be completed quickly without having to debate. After the Speaker rises and asks if everyone is in favour, even one spurned Liberal MPP could shout no, and even if a single member does so, that entire process would be derailed. It would be unsurprising if Liberals used this tactic to slow down the entire House. Democracy works best when politicians fight over policies and issues, not procedural matters. In an era of hyper-partisan politics, it would also ensure Queen’s Park’s new parliament doesn’t begin with a fight.

And in majority governments, opposition parties can either negotiate or protest government legislation, and an angrier opposition is more likely to push back; see the 2016 mini-protest by the federal opposition NDP that spiralled out of control, resulting in an MP being elbowed and the Prime Minister issuing multiple apologies. The opposition NDP has already signalled its intention to protest, with new Parkdale-High Park MPP Bhutila Karpoche declaring her riding “ground zero” in the fight against “Ford’s agenda.” Finding an ally in the third party on some of their policy issues would only help the PCs, as fighting a hostile official opposition as well as a disgruntled seven-strong coalition of Liberal MPPs would make the next four years for the PC Party feel very long indeed.

It would also be a boon for Ford and the PC Party’s public image. One of the branding problems that the Conservatives have had to deal with is the impression that they’re lacking compassion, and Ford’s opponents have spent months trying to frame him as brutish and unable to work with others. Nothing would confirm these beliefs quite like kicking opponents when they’re down; denying the Liberals’ request would make the PCs look petty and fearful of a stronger Liberal party. But a small gesture of goodwill towards his political opponents could go a long way in showing Ontarians that he’s willing to both listen and compromise, especially given that the PCs’ significant majority mandate means they wouldn’t lose any power by granting the Libearls official party status. Confident leaders and confident parties, after all, don’t stifle their opposition.

Many would argue that after 15 years of governing, and the huge rout that the electorate sent their way, the Liberals don’t deserve official party status. And perhaps they’re right. But this isn’t about the Ontario Liberal Party—this is about creating an atmosphere at Queen’s Park where fights are waged solely on policy. And it’s about the many Ontarians who, after looking at all their options, still chose—and elected—Liberals. They deserve to be represented by politicians who can speak to their concerns without having to rely on the generosity of other parties, and who can be represented as well as their MPPs can.