Will Trump outsmart us all with his trade war gamble?

Opinion: As threats of a trade war heat up, President Trump may be playing a very canny game 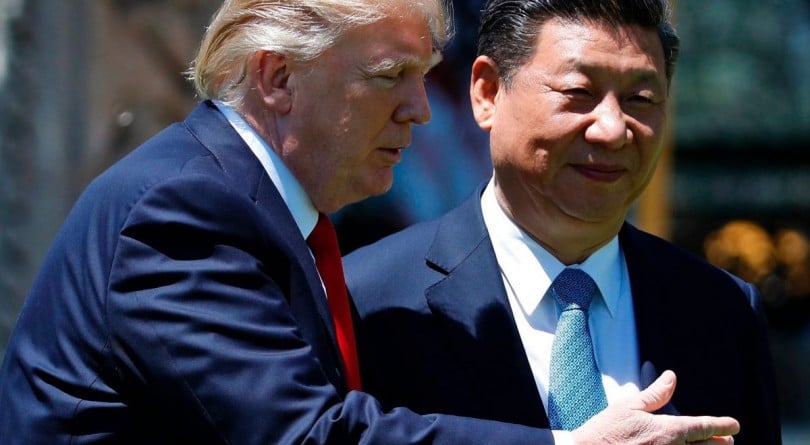 Raoul Leering is the head of international trade analysis at ING

Does President Trump really not understand that a trade war is a lose-lose situation or is he playing a smart strategic game? There are indications the latter is the case. Trump has exempted many trading partners of the U.S. and given them the possibility of negotiating a deal that gives them an extension of the exemption. Trump wants these trade partners to moderate their exports to the U.S. and stimulate their imports from the U.S.

South Korea has already complied with this demand and agreed to a voluntary export restraint for steel, a further opening of their market for American cars and a slower phasing out of the limits on exports of Korean pickup trucks to the U.S.

READ: China is a bigger threat than Russia—but you won’t hear Trudeau say it

These are exactly the kind of results that Trump needs. To avoid American steelworkers feeling betrayed by so many exemptions, the voluntary export restraint is a welcome sacrifice. And the deal on cars addresses the complaints in the American automobile industry that tariffs on steel and aluminium drive up the price of American vehicles and thereby put jobs in this industry in danger.

It is very well possible that other countries will also give in to Trump. Trade partners such as Canada, Mexico, but also China, depend much more on American demand for their products than the other way around. U.S. demand for Mexican and Chinese products contributes respectively twenty and five times as much to their GDP as their demand for U.S. products adds to U.S. GDP. Also, Canada has much more to lose in a bilateral trade war with the U.S. than the Americans.

China seems to blow up Trump’s strategy to blackmail U.S. trade partners into granting the U.S. more favourable conditions of trade so he can avoid a real trade war but get something done at the same time. The Chinese have drawn up their own list of products to incur tariffs in retaliation to the US$50bn tax that Trump will levy on Chinese goods as punishment for alleged theft of intellectual property and limits on foreign investments.

But, it is no coincidence that the Chinese have not yet set the date when these new tariffs will become effective. This means they still see room for extending the current negotiations. Given the relatively large dependency of the Chinese economy on American demand, it is likely that China will, in the end, cut its losses and be willing to give Trump something.

READ: Donald Trump jabs on trade, China counterpunches and the world freaks out

The EU is the other risk for Trump’s strategy. The mutual economic dependency is about the same which means that Trump can be less sure that his blackmail approach will work. Nevertheless, it is possible that the EU will give in as well. After all, the EU has, just like the U.S, nothing to gain from a trade war which is very likely to emerge if Europe does not give in and retaliates against the tariffs on steel and aluminium.

President Trump has already made clear that, in that case, the European car industry is next in line to be targeted with higher import tariffs. The EU has, in the person of the French President Macron, already made clear they will not be blackmailed into trade concessions. So it would lose face if it granted the U.S. better terms of trade without getting something in return.

However, President Trump seems to have anticipated that and has already provided a way out for the EU. Not only countries that trade ‘fairly’ with the U.S. can get an extension of the exemption, countries that pay their ‘fair’ share of the military costs of defending the West can count on leniency from the President.

It is morally much harder for Europe to object to a higher contribution for its own protection than objecting to blackmailing practices.

The American president is playing a dangerous game but a potentially rewarding one for the US. If Trump succeeds in getting more favourable terms of trade from his trading partners, along with perhaps relief on his defence budget, he will emerge as the winner in the noisiest trade quarrel the world has seen in the last couple of decades. This would get him in the voters’ good books in the run-up to the midterm elections in the U.S. in November.