2018 Ontario election vs. the Stanley Cup: Whose massive fail was that?

Ontarians have never had to choose between provincial election coverage and a potential Stanley Cup game. It was a record worth preserving 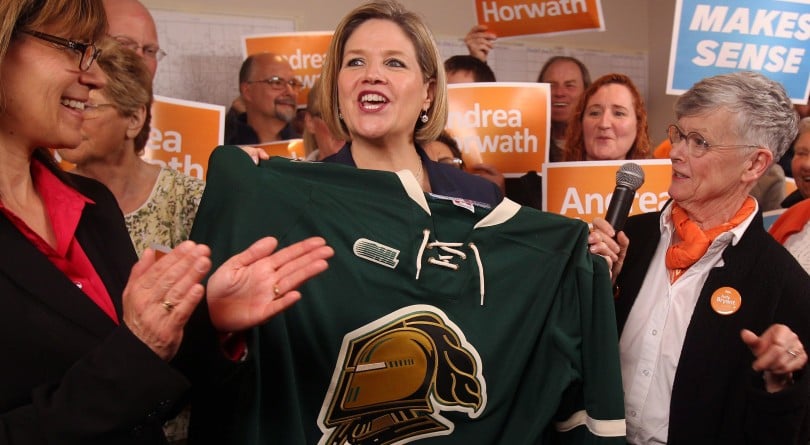 History was to be made Thursday, as Ontario voters headed to the polls to decide who would be their next premier. But hockey fans throughout the province faced a difficult choice: watch a potential championship hockey game, or keep up with the latest voting results? For the first time ever, a Stanley Cup finals game was being played on the same day as the Ontario general election.

For the NHL, it’s an unfortunate scenario, given that Canada’s largest province typically leads the way in terms of overall Canadian viewership. Last year, the Canadian broadcasts on CBC and Sportsnet averaged 2.67 million viewers over the six-game final, even though it was an all-American affair between the Pittsburgh Penguins and Nashville Predators. That represented more than a third of the North American TV audience, a sizeable chunk of which was located in Ontario. In the U.S., on NBC and NBC Sports Network, the series averaged 4.7 million viewers.

This year’s final between the series-leading Washington Capitals and Vegas Golden Knights has averaged 7.63 million viewers in North America through the first four games, up two per cent from last year’s final, says Jennifer Neziol, the league’s vice-president of corporate and strategic business communications.

Neziol declined to break down the viewership by country. But after Game 1 of the series, NHL.com reported that the opener was the “most-watched” in three seasons, and set local records in both cities whose respective teams were playing. Across North America, the game averaged 8.359 million viewers, the report said, noting that in Canada, more than eight million fervent hockey fans (1 in 4.5) “watched some or all of the game.”

The scheduling conflict was not intentional, Neziol said, adding that the dates of the final matchup were “set prior to the provincial election being announced.” The election date, however, was set in October 2016, meaning that the league would have had to establish its playoff schedule 19 months in advance (a suggestion its fans might have trouble believing) without the flexibility to work around a major event like a provincial vote. Typically, the league doesn’t release firm dates for the final until a few days before it starts.

I think Ontario should have moved the election to tomorrow. How am I supposed to rage about the #StanleyCup *and* #ElectionDay results tonight?!

It’s possible the league won’t mind losing out on some viewers in Ontario, given the growth of the game in the U.S. in recent years. Last year’s Game 6, which saw the Penguins win the Cup, reached seven million viewers on U.S. broadcasts, up nearly three million from the previous game. In 2013, Nielsen, a data analytics company, reported that 12 million U.S. adults are “avid NHL fans,” while 58 million more are simply fans of the league. That, of course, is more than Canada’s entire population.

Still, it appeared likely that before the night was out, Doug Ford or Andrea Horwath would become the next leader of Ontario while, almost simultaneously, Alex Ovechkin and the Washington Capitals could be in Las Vegas hoisting their first Stanley Cup. For hockey fans in Ontario who happen to care who governs them, it was not an optimal scenario.

I think Ontario should have moved the election to tomorrow. How am I supposed to rage about the #StanleyCup *and* #ElectionDay results tonight?!