Free tablet edition: A briefing on the 2015 budget

Find everything you need to know about the 2015 budget in our special tablet edition. A free edition coming soon to our digital newsstands. 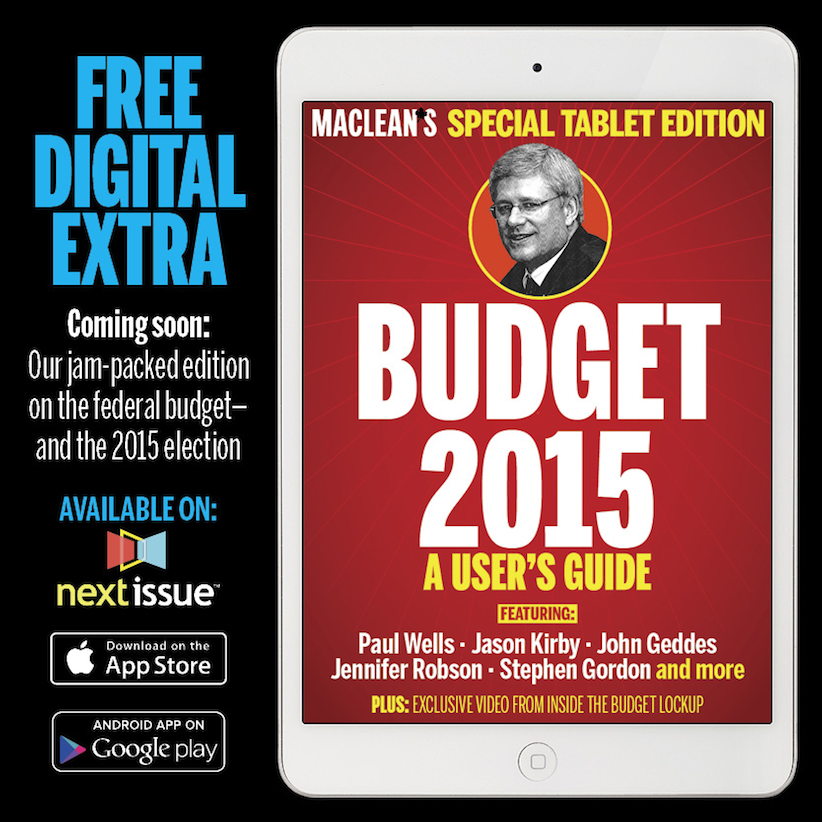 Budget day is a once-a-year political showcase. The 2015 edition — delivered April 21 in Ottawa — was all that but a little bit more.

As Maclean’s Ottawa bureau chief John Geddes notes, the 2015 budget presented a pre-election survey of the Harper legacy going back to 2006, set against that starkly contrasting version of what happened in the preceding Liberal era.

Maclean’s Ottawa bureau and our in-house economists have examined the budget and have created a special tablet edition of budget highlights and analysis.

We’ll also be calling on Kevin Milligan of UBC’s Vancouver School of Economics.

You can also listen to a special Budget-Day edition of our politics podcast On the Hill here, with a one-on-one interview with Finance Minister Joe Oliver, and expert analysis of the political and economic ramifications of the budget.

The issue is now on digital newsstands and on Next Issue.