Photo Gallery: Comparing the playgrounds of JFK and Obama with the Canadian Prime Minister's latest purchase

Prime Minister Justin Trudeau recently faced criticism over upgrades to his official summer residence at Harrington Lake, including $7,500 reportedly spent on a new play structure. Andrew Scheer, the Conservative leader, suggested in the House of Commons that Trudeau would have been just as well served by a $198 swing set from Canadian Tire. The National Capital Commission—which oversees the property—said Trudeau paid for many upgrades himself, including a new sauna. But Trudeau isn’t the first world leader to make his official residence more friendly for children. U.S. President Barack Obama installed a swing set on the White House’s south lawn as a surprise gift for his two daughters. Here, a few notable examples of the play structures of other first families. 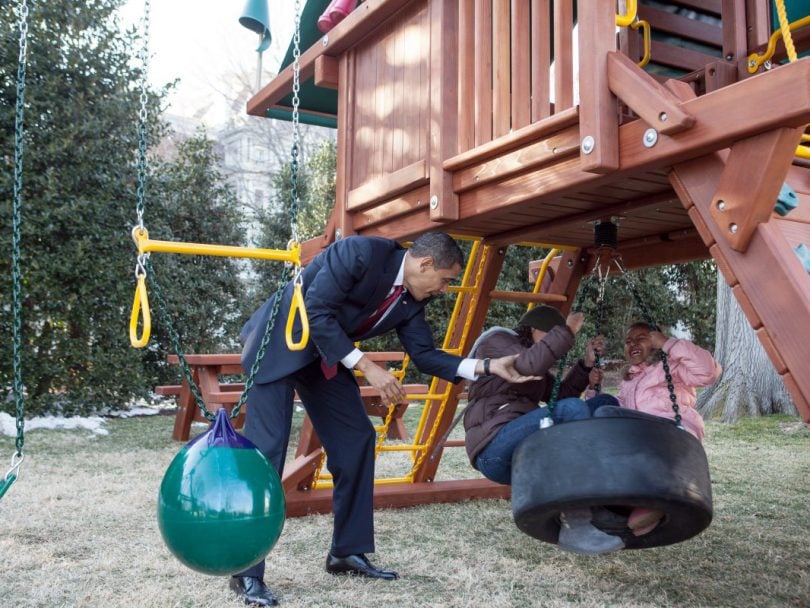 President Barack Obama plays with daughters Malia and Sasha on the new playground swing-set, on the South Lawn of the White House, March 4, 2009. The Obamas paid for it themselves, in an effort to make their kids more comfortable in their new home. According to CNN, they offered the play structure to the Trumps who presumably said no since it was later donated to a Washington-area organization that serves those in need. (Pete Souza/The White House) 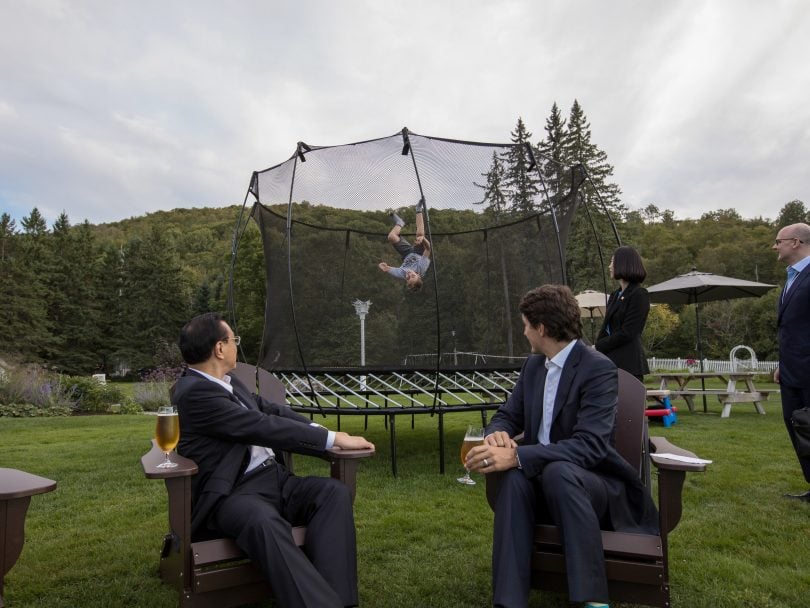 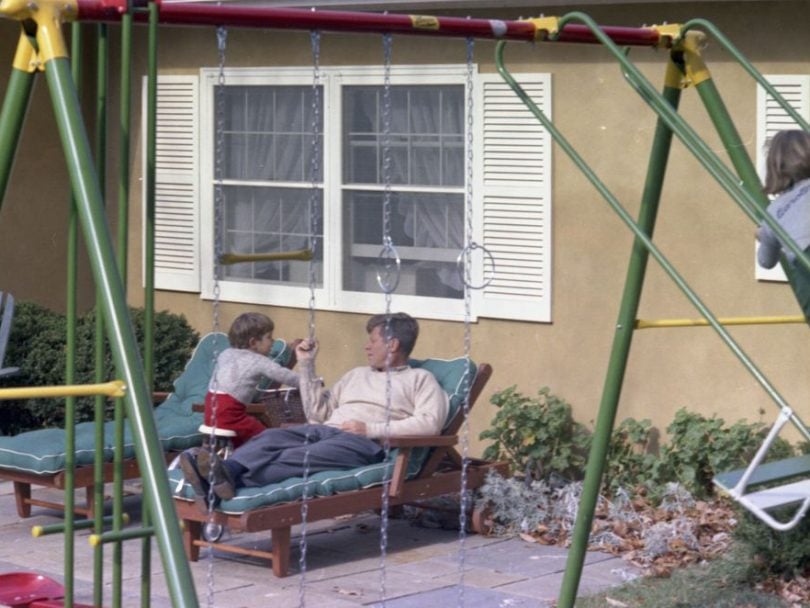 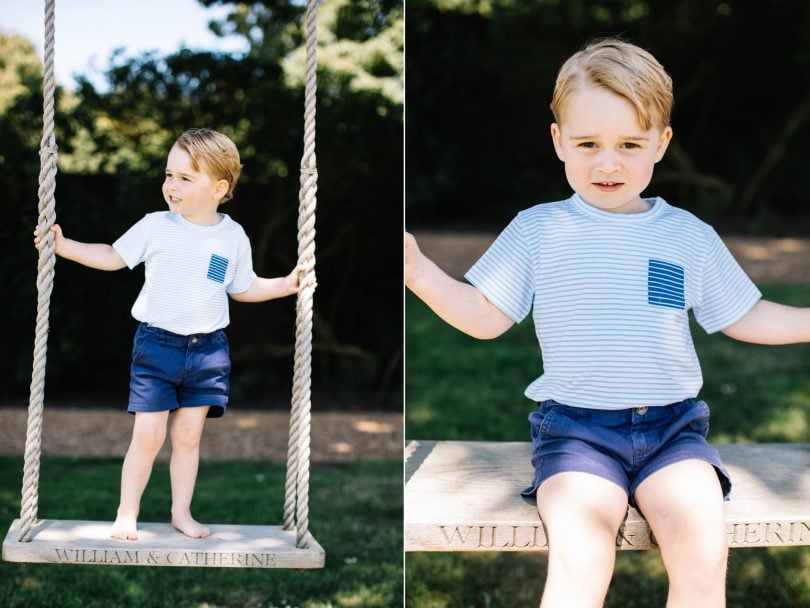 In honour of Prince George’s third birthday, the Duke and Duchess of Cambridge released a photo of the young prince on a swing they received as a wedding present. The picture was taken at the family’s Norfolk home in mid-July 2016. (Matt Porteous/PA Wire) 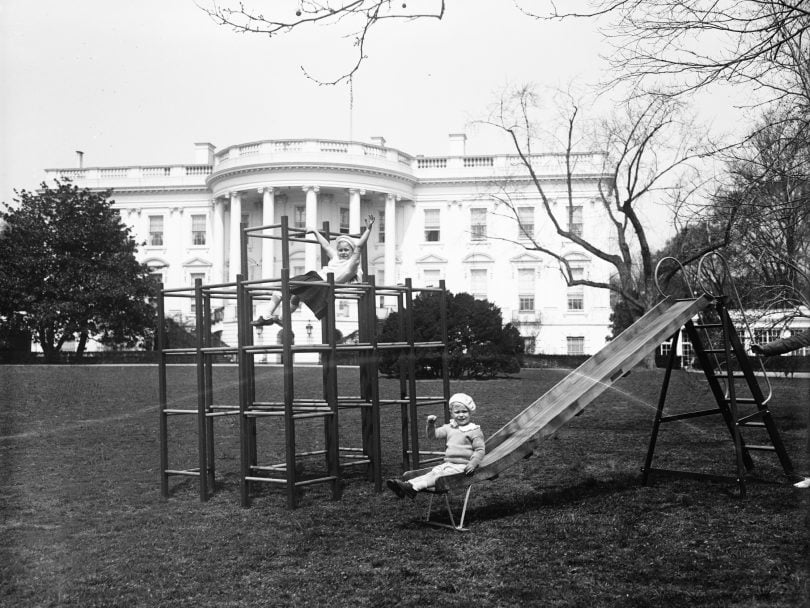 The grandchildren of US President Roosevelt play on the south lawn of the White House, in 1933. The children of Mr and Mrs Curtis Dall, they are Anna Eleanor Roosevelt (later Eleanor Roosevelt Seagraves) and Curtis Roosevelt, and were often called ‘Sistie’ and ‘Buzzie’ in the media. (PhotoQuest/Getty Images)