Philippe J. Fournier: The Liberals have picked up the most support lately in B.C., and widened their lead in Ontario. The Tories remain out of contention. 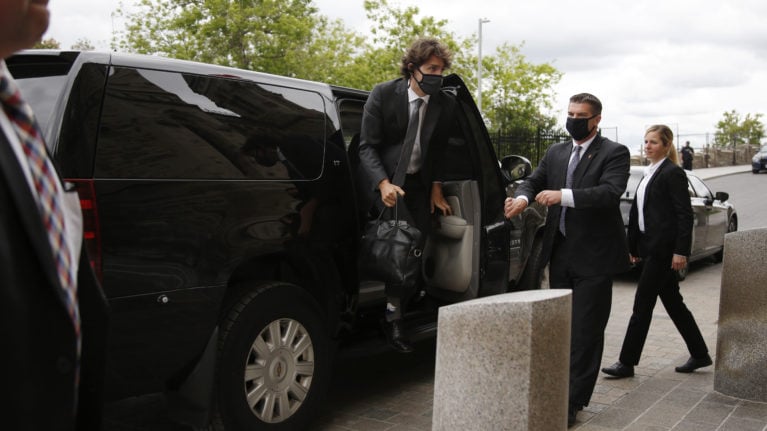 The federal Liberals have fared generally well in the polls since the pandemic reached Canada in early March. While some observers argued the federal government was slow to react early on, virtually all polls conducted in the past months have indicated that Canadians are generally satisfied with the government’s handling of the outbreak. Naturally, that does not mean the feeling is unanimous among Canadians, but any governing party of whichever stripe would be delighted with current levels of support.

Now that the House of Commons has suspended regular sittings until September (after a winter and spring session that included fewer than 40 actual sittings due to the coronavirus outbreak), let’s take a look at how the parties currently fare in public opinion. As expected, many opinion polls have been published recently and we have fresh data to sink our teeth in. Here is a short recap:

We use this data and more to update the 338Canada federal projection. You may find the complete list of federal polls on this page.

The Liberals lead the field with and average of 39 per cent, 10 points ahead of the Conservatives at 29 per cent. The NDP holds steady at 16 per cent, a score similar to its 2019 election result. The Bloc Québécois stands at 7 per cent nationally (31 per cent in Quebec).

By breaking down these results per region, the 338Canada model calculates the following seat projections:

On the graph above, the coloured numbers indicate the seat projections averages, the coloured bars are the 95 per cent confidence intervals, and the black dots show the 2019 election results.

The Liberals hover in majority territory with an average of 191 seats, 21 more seats than the threshold for a majority. The Conservatives have fallen to 92 seats, fewer than half of which are east of the Manitoba-Ontario border.

Interestingly, we notice that the NDP, Bloc, and Greens all remain within range of their 2019 election results. The only net movement, both for the vote and seat projections, is the Conservatives losing ground and the Liberals gaining.

While the uncertainty in such projections grows significantly when we dive further into regions and sub-regions, we see clear trends emerging from the many polls published recently. Here is the regional breakdown of the projection.

Atlantic provinces have leaned heavily towards the Liberals in recent elections, and the current numbers show the Conservatives in danger of losing the little ground they took back in October 2019. On average, the LPC leads the Conservatives by almost 30 points in the region:

The 338Canada model has the Liberals winning on average 30 of the region’s 32 seats:

In January and February, polling in Quebec showed the Bloc Québécois slowly creeping into first place, but BQ support has since receded to its 2019 level. The Liberals currently lead the province by about seven points on average.

The seat projection in Quebec remains a close race between the Liberals and the Bloc. With such levels of support, the Conservatives would hold on to their strongholds around the Quebec City region, but would still remain out of contention in Montreal and its seat-rich suburbs:

The Liberals have won 80 and 79 Ontario seats in the last two federal elections, a number that makes the Conservative winning an election almost statistically impossible. Yet, in the past month alone, polls have measured the Liberals leading Ontario by as many as 13 to 25 points (except for Angus Reid, which had a 8-point Liberal lead). On average, the model has the Liberals in front in the province by 17 points:

Seat-wise, the Liberals are currently projected above their 2019 result by as many as 10 seats on average:

While we agree that Manitoba and Saskatchewan are two starkly different political ecosystems, we lumped them together as “The Prairies” here since it is common practice for Canadian pollsters to do so (the same could be said about Atlantic provinces). On average, the Conservative lead the Prairies by 16 points:

The model has the CPC winning on average 17 seats in the region, just under the 21 seats it won back in the fall:

In Alberta, where the Conservatives won 33 of 34 seats last October—including 32 districts with more than 50 per cent of the popular vote—polls still show the Conservative far ahead of their rivals:

On average, the Conservatives win 31 of 34 Alberta seats:

Perhaps this is a surprise for some, but British Columbia is the province where the federal Liberals have gained the most since the pandemic began (and where the Conservatives have shed the most support): The LPC is currently projected at 36 per cent in the province, 10 points ahead of its 2019 result:

This shift in voting intentions in B.C. translates into potentially major gains for the Liberals in the province: from the 11 seats in won back in 2019, current numbers have the Liberals winning 22 seats on average:

Obviously, none of these numbers should be interpreted as a prediction for the next general election, whenever it may be held. Projections such as these follow data, which naturally fluctuate and change over time, and should be viewed as a description of the current political landscape in Canada, with uncertainty and all.

Would this theoretical support translate into actual votes for the Liberals? Perhaps, but there is merit to the theory that, should the Liberals had gotten trigger-ready to call an election looking at these numbers, many Canadians would have recoiled at the idea of holding an election during on-going pandemic. However, as I mentioned in a previous column, should the Liberals keep polling high this fall and into the winter, an election call before next year’s budget could be too tempting to resist.

But first, let’s get through summer and see where we stand once the Conservative elect their new leader in August.

Projections for all 338 federal electoral districts may be found on this page.