Philippe J. Fournier: In their final federal polls of the 2019 campaign, Canada's pollsters did very well. The miss was largely in underestimating the Conservatives. 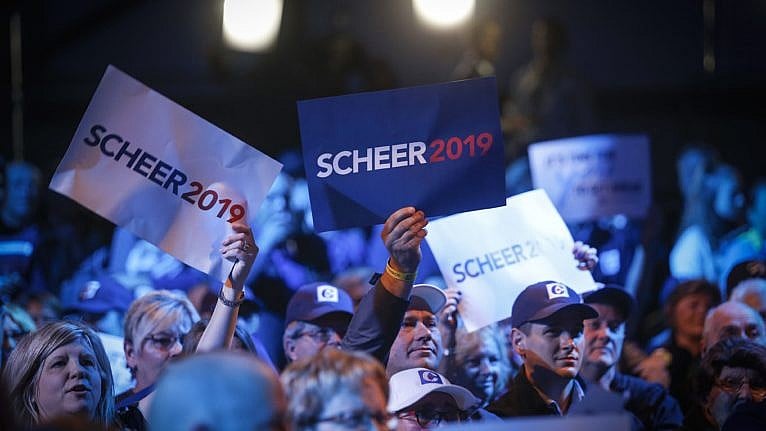 As this summer election campaign gets under way, let us walk down memory lane to pre-pandemic times, and look back at what the polls showed at the end of the 2019 federal campaign. Which pollsters got it right? Which one missed the mark, and by how much?

On the table below are all the final federal polls of the 2019 campaign compared to the actual election results. As I have written before, the polls in 2019 were not merely good, many of them were excellent. Among the most accurate firms, Léger, Mainstreet Research, Ipsos and Abacus Data all had the correct levels of support within two percentage points for each of the five parties that won seats in the House of Commons:

If we focus on the numbers for the Liberals and Conservatives, we can recreate the “Bullseye Graph” from previous columns, but this time using the actual election results as the graph’s origin. Here is the graph (Liberal horizontal, Conservative vertical), scaled by percentage points off the election results:

The first observation that jumps out of this graph is that all the dots are located in the graph’s lower half, meaning all the polls underestimated the CPC. Naturally, one must be cautious with semantics here, because in the case of Angus Reid, Léger, Ipsos, Nanos and Abacus Data, which all had the CPC at 33 per cent in their final surveys, missing the actual score of 34.4 per cent is actually well within a reasonable margin of error. Individually, none of these firm underestimated the CPC, statistically speaking.

Nevertheless, in an ecosystem where a party has the support of 34 per cent of voters, one would expect to see polls spread within a 31-to-37-per-cent bracket. But it is not what we saw in 2019: The CPC’s highest score in final polls was 33 per cent. Collectively, pollsters did underestimate some conservative support in the electorate.

So, where did the polls miss conservative voters? Answer: In Alberta. Here again are the final polls of the 2019 campaign, but this time for Alberta, and the final election results in the province:

In the end, Mainstreet Research, Ipsos, Research Co. and Léger were closest and had the CPC in the low 60s in the province. However, when all the votes were tallied, Andrew Scheer had propelled his party to a stunning 69 per cent of the popular vote in Alberta, a proportion of Alberta voters higher than any of the four elections with Stephen Harper as CPC leader.

Have pollsters in Canada made the appropriate adjustments, despite their overall good results on the national level in 2019? The latest 338Canada projection gives the CPC an average of 52 per cent of the vote in Alberta, enough to dominate its rivals in the seat projection, but still 17 points lower than in 2019—which, if correct, would mean many urban seats in Calgary and Edmonton could be up for grabs. We shall see soon.

CORRECTION, Aug. 20, 2021: An earlier version of this story misstated the final Abacus Data poll result for the NDP.