Canada's private sector is in retreat, and Ottawa doesn't seem to care

Opinion: While the Trudeau government focuses on micromanaging the economy, business investment and entrepreneurship is retrenching 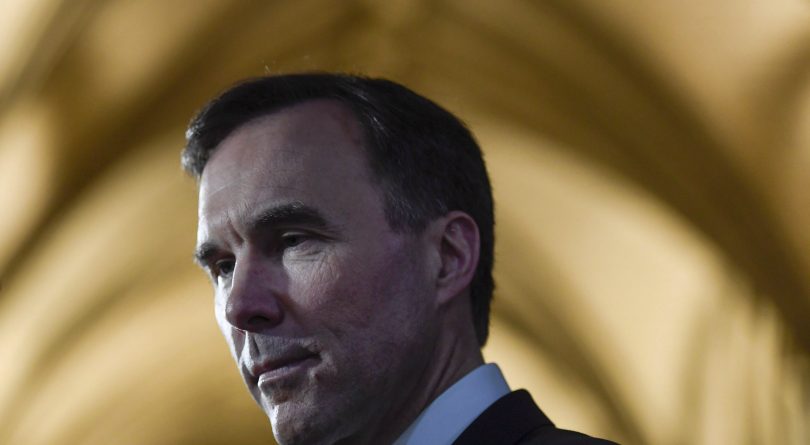 Jason Clemens and Milagros Palacios are economists with the Fraser Institute.

Evidence continues to mount that confidence in Canada as a destination for business investment and entrepreneurship is in steep decline. Given the importance of business investment and entrepreneurship to economic growth and prosperity, one would assume the federal government, and in particular the minister of finance, would be concerned. And yet, by all accounts including the contents of last week’s federal budget, the government is disinterested.

According to Statistics Canada, every category of business investment has declined (except residential housing) since peaking in the final quarter of 2014. Total business investment excluding residential structures (adjusted for inflation) is down 16.8 per cent, which includes declines in non-residential structures (-23.3 per cent), machinery and equipment (-6.6 per cent), and intellectual property (-13.8 per cent). And StatCan’s survey of the investment intentions of private businesses shows further declines in 2018 are expected—the fourth straight year of decline.

Private-sector investment by foreigners has also collapsed. Foreign direct investment (FDI) in Canada has dropped 56 per cent since 2013—$31.5 billion compared to $71.5 billion. And for the first time since data has been collected, foreigners sold more Canadians assets than they bought in 2017.

Canada’s results are not typical among industrialized countries. A 2017 analysis by StatCan’s former chief analyst found that Canada ranked second last among 17 industrialized countries—including the United States—for business investment over the 2015 to 2017 period. This is a substantial decline from the 2009 to 2014 period, when Canada ranked eighth amongst the same 17 countries.

Moreover, data for business start-ups, a key measure of entrepreneurship, shows similar worrying declines. The rate of small business start-ups (less than 20 employees) declined 16.2 per cent from 2006 to 2015, the latest year of available data. Start-ups of medium and large firms nearly collapsed, falling 51.5 per cent since 2006.

Again, given the importance of business investment and entrepreneurship to the economy, it’s more than a little worrying that the federal government seems detached and disinterested. The recent federal budget, for instance, didn’t even acknowledge business investment until page 288.

Perhaps most puzzling is why federal Finance Minister Bill Morneau, a former Bay Street titan, could be so oblivious to the near-crisis in business investment and entrepreneurship. One potential answer, as evidenced by his comments after last year’s budget, is that the minister and the government are simply not interested in private-sector investment. During an interview, Minister Morneau talked about the government’s approach to long-term, sustainable economic growth. Notably, he rarely mentioned the private sector.

Instead, he focused on the government’s ability to direct investment, revealing the government’s confidence in being able to actively and prescriptively direct and manage investment: “We’re investing in sectors where we know we can beat the world,” he said, adding that “we’re definitely choosing places where we can win globally” and “we’re making investments to grow our economy.”

READ: Why we have deficits—in good times as well as bad

Perhaps even more worrying is that the finance minister and the government continue to tell Canadians that the plan is working, despite dismal private-sector investment and entrepreneurship data. A key goal of this government is to improve rates of economic growth. However, their own budget, as well as Bank of Canada and Department of Finance forecasts, all indicate that growth is expected to markedly slow in the future.

The disinterest in private-sector investment and entrepreneurship, the all-too-often hostile rhetoric of the government towards business, and anti-business policies including higher taxes, deficits and counterproductive regulations, are having real tangible effects on the Canadian economy as evidenced by declining investment, entrepreneurship and lower rates of economic growth.

Creating the right environment for businesses, investors, workers and entrepreneurs to flourish, rather than trying to actively direct investment, remains the proven approach to a better more prosperous economy. That means reversing much of the economic policies introduced thus far by this federal government and many of its provincial counterparts. It’s time Canada dusted-off its “Open for Business” sign.