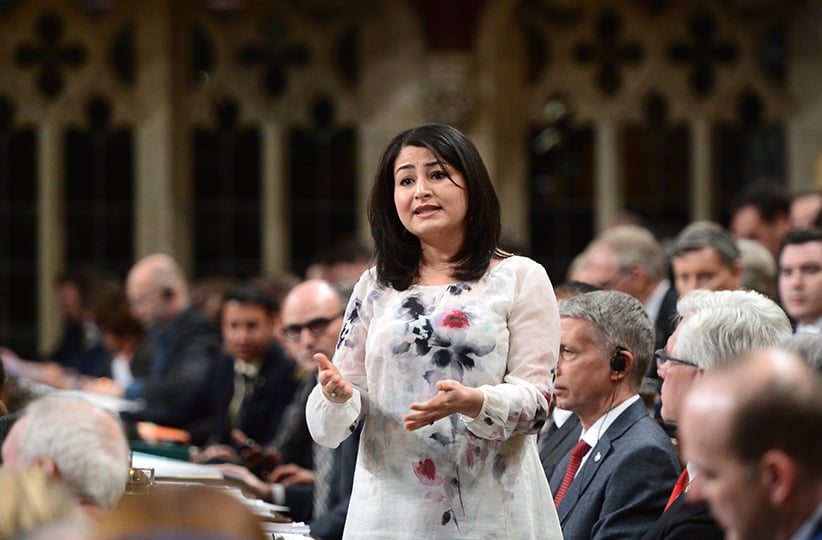 The federal government has proposed legislative changes to prevent and address workplace sexual harassment and violence in federally regulated, parliamentary and government workplaces. But the new system does not set out specific disciplinary measures in cases where such behaviour is determined to have occurred.

Bill C-65, introduced today by Minister of Employment, Workplace Development of Labour Patty Hajdu, would amend the Canada Labour Code and the legislation governing parliamentary staffing. It would bring sexual harassment within the ambit of occupational health and safety and require the investigation and reporting of such incidents. Under the current system, employers are only required to have a policy in place.

At a press conference announcing the changes, Minister of Status of Women Maryam Monsef cited the recent resurgence of survivors using #MeToo to share their stories on social media and alluded to the large number of public allegations of harassment by high-profile figures in the U.S. “Women have had a long history of speaking out, of speaking up, standing up shoulder to shoulder,” she said. “Something has changed. More men and gender-diverse people are speaking up. More people are believing [and] taking action.”

Asked whether the legislation was a response to these recent events, the MPs present, who also included chief government whip Pablo Rodriguez and government leader in the House of Commons Bardish Chagger, emphasized that the legislation represented the fulfilment of a Liberal campaign promise during the 2015 election.

“This is really about taking a very serious issue seriously, and acting on it,” Chagger said. “This is an issue that comes up time and time again. We recognize that while there are policies in place, there is not legislation in place to ensure that there is an outcome.” The proposed changes would force employers to take action, she suggested.

The changes establish a multi-step process for dealing with complaints of harassment or violence. If mediation does not result in resolution to the complainant’s satisfaction, the employer must bring in a “competent person” to investigate the instance and make recommendations. This individual does not necessarily have to come from outside the organization, but must be familiar with the legislation and trained in matters of sexual harassment and violence and considered to be neutral by all parties involved.

But the new rules do not require particular sanctions or outcomes on perpetrators if harassment or violence is determined to have occurred, only that the employer implement the recommendations of the investigator. “The employer is ultimately responsible [for workplace safety] under the Labour Code,” Hajdu said. “When the employer is compelled by the labour program to take action to alleviate an unsafe workplace, there is a significant implication if he or she doesn’t.” Employers who fail to put in place policies to protect employees will be subject to sanctions, she said.

The officials and ministers emphasized that the regime will exist in addition to the criminal justice system, and that complainants are encouraged to also report instances to law enforcement where appropriate.

The plan also involves an awareness campaign and tools for employers, although details of specific funding for the effort or other initiatives under the new framework were not announced.

The changes will apply to about eight per cent of the national workforce, officials said. Monsef said the hope is that they will inspire the private sector to follow suit in tackling the issue.