It's InterThingWebNet Day on the campaign trail, y'all!

And finally, courtesy of the entirely Web 2.0 compliant David Akin, a shot of ITQ in full liveblogger mode, standing on the wall outside 24 Sussex Drive last weekend: 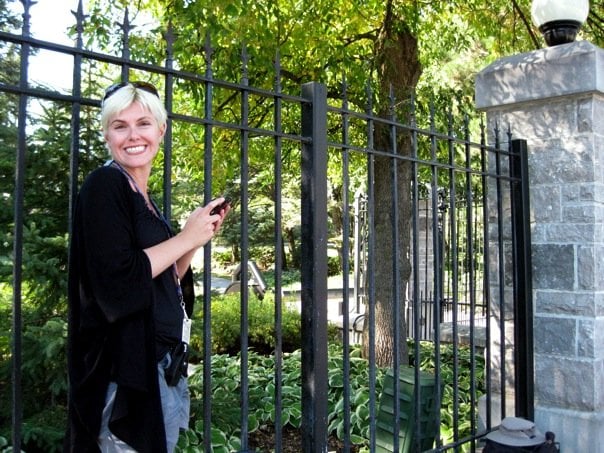