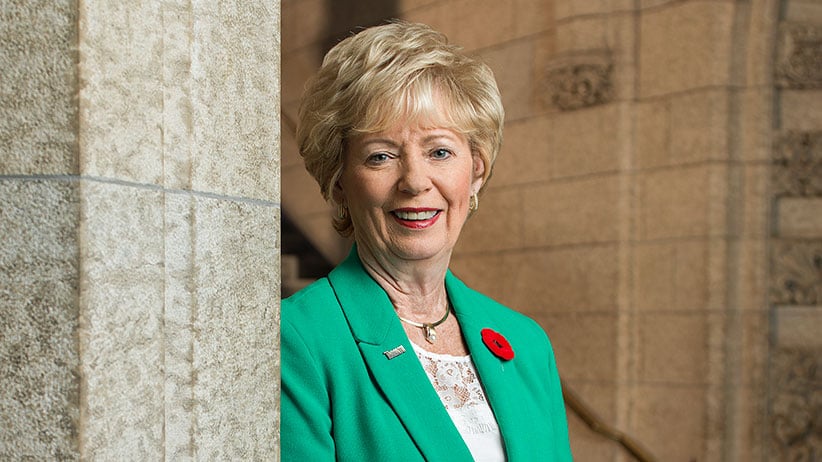 When Gagan Sikand was elected to Parliament in 2015, Judy Sgro greeted the young politician the way she greets every new MP—by offering to show him the ropes and pass on some of the wisdom she’s amassed over her nearly 30 years in elected office.

Sikand politely declined at first—until late this October, that is, when he decided to take Sgro up on her standing offer. Sikand is in good company among the Liberal MP’s mentees. Over the years, Sgro has helped guide the political careers of Francesco Sorbara, Marco Mendicino, Michael Levitt and Deb Schulte, to name a few.

Sgro jumped into politics as a city councillor for North York in 1987. Before that, the mother of three was the president of her local chapter of the Canadian Cancer Society and the head of her parish council; she worked one day a week at the bank, and also ran a construction business with her husband, Sam Sgro. But none of that would quite prepare her for life in politics. “I remember being lost when I came in,” she says. So, early on, she reached out to fellow councillor Paul Valenti for guidance. His advice? “Listen and learn,” Sgro recalls. “Don’t jump into things until you have the facts and until you understand it all.”

That’s the same advice she gives to parliamentary newcomers. “It’s hard to know how to start becoming part of this place,” she says. “But you can find some things that you care about, and start to put the time and effort into it, and you’ll become part of that caucus team advancing that agenda.” Over the years, Sgro—now the chair of the Standing Committee on Transportation, Infrastructure and Communities—has moved the dial on human trafficking policy, gas tax rebates, social housing, pension reform and sexual harassment in the RCMP.

Having grown up in Moncton, N.B., the second-youngest of five siblings and the only girl, Sgro has always had a bit of a mother-hen instinct. “It’s part of who I am,” she says. “It has nothing to do with politics.”

Now, Sgro’s most prized protege—her daughter, Deanna Sgro—is running for provincial office in Ontario. Sgro says, half joking, that she tried to sway her daughter to forget politics and continue instead with her career as a successful lawyer.

“I couldn’t convince her,” she says. “Whether you realize it or not, I think you influence people more by what you do than by what you say.”

FILED UNDER: Editor's Picks Judy Sgro Parliamentarians of the Year 2017