Here’s why the Conservatives are running ads like the one I posted below. From today’s Harris-Decima poll: 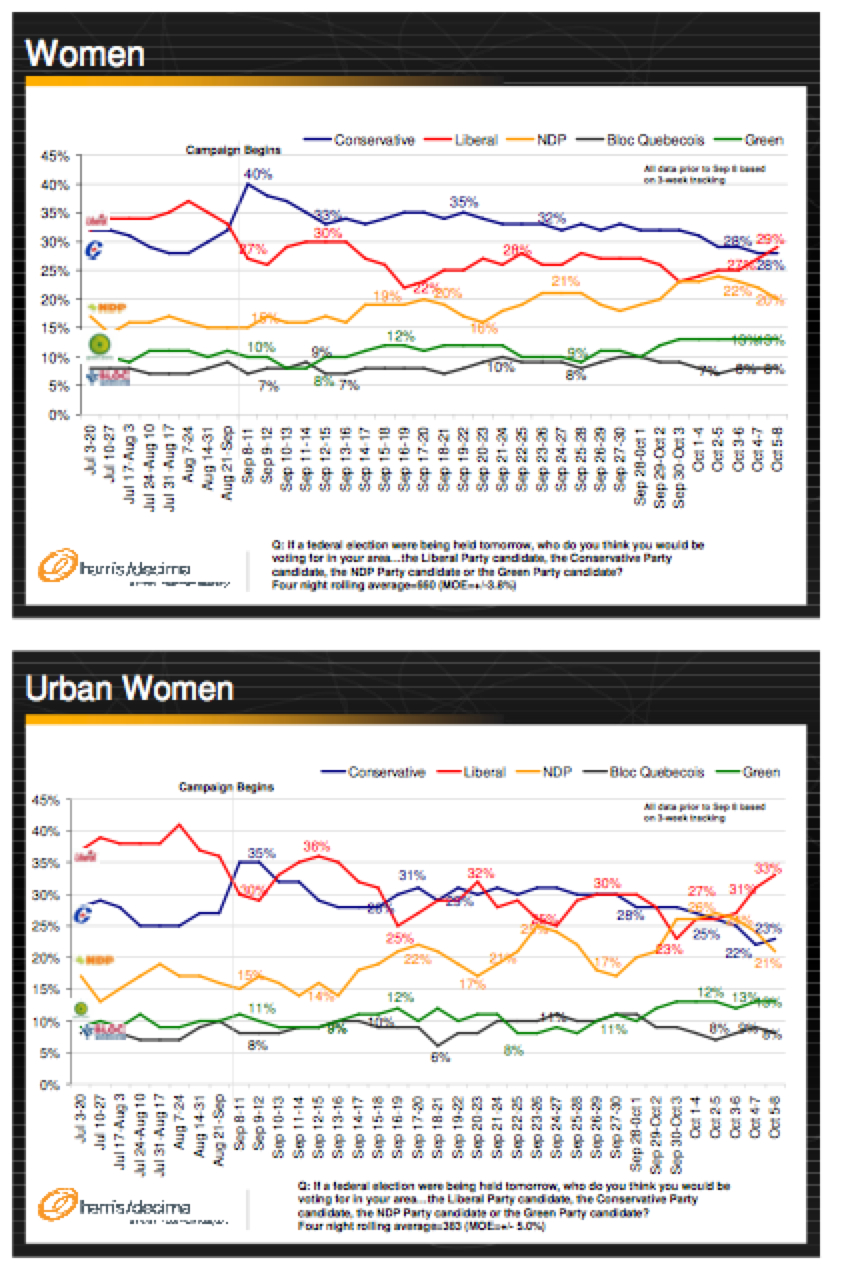