When Justin Trudeau meets the Queen

The Prime Minister and the Queen will have much to discuss, including his late father 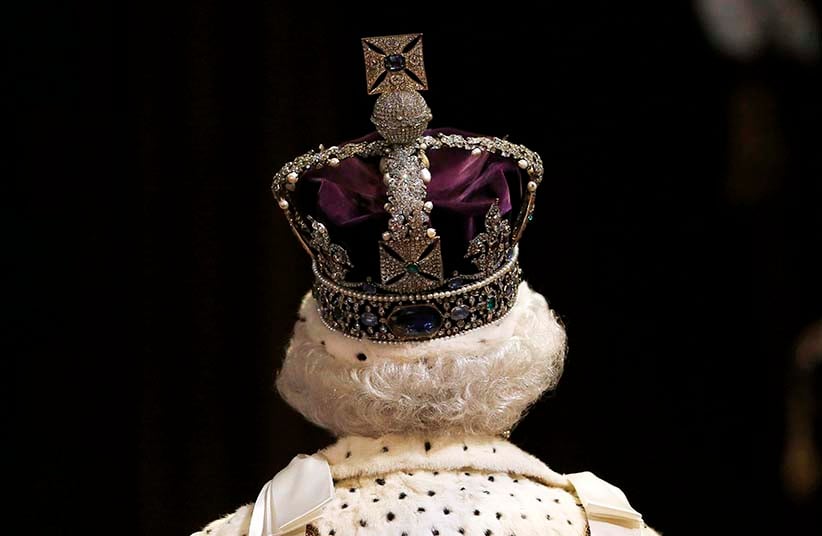 Queen Elizabeth II proceeds through the Royal Gallery before the State Opening of Parliament in the House of Lords at the Palace of Westminster on May 27, 2015. (Suzanne Plunkett /Getty Images)

Prime Minister Justin Trudeau is in London today to meet with Queen Elizabeth II, at Buckingham Palace. While the meeting will be an historic event overseen by the Canadian High Commission and widely covered by the international press, it will not be a first for Trudeau.

As he recounted of his childhood in a 2013 interview, “There were lunch hours where I wouldn’t eat at school because we had to rush home to have lunch with the Queen … At the same time, it was instilled upon us that this was a privilege and a responsibility, and nothing made us better than anyone else—maybe randomly luckier.”

Trudeau’s first official audience with the Queen as Prime Minister will take place at midday on Wednesday in advance of the Commonwealth heads of government meeting in Valetta, Malta, this weekend. After meeting with Her Majesty he will attend a private reception at Canada House, the Canadian High Commission building in Trafalgar Square, before meeting with British Prime Minister David Cameron at his offices in Downing Street.

After Malta, the Prime Minister is carrying on to Paris where he will attend the United Nations climate change conference in Paris along with a large Canadian contingent including Green Party leader Elizabeth May all the provincial premieres not currently facing re-election.

Related reading: On Justin Trudeau and the science of sexy

Like all audiences with the Queen, Trudeau’s will be a private conversation, but one suspects the pair will not lack for common acquaintances or interests. In addition to matters of state, it’s safe to assume the subject of the Prime Minister’s late father will come up. 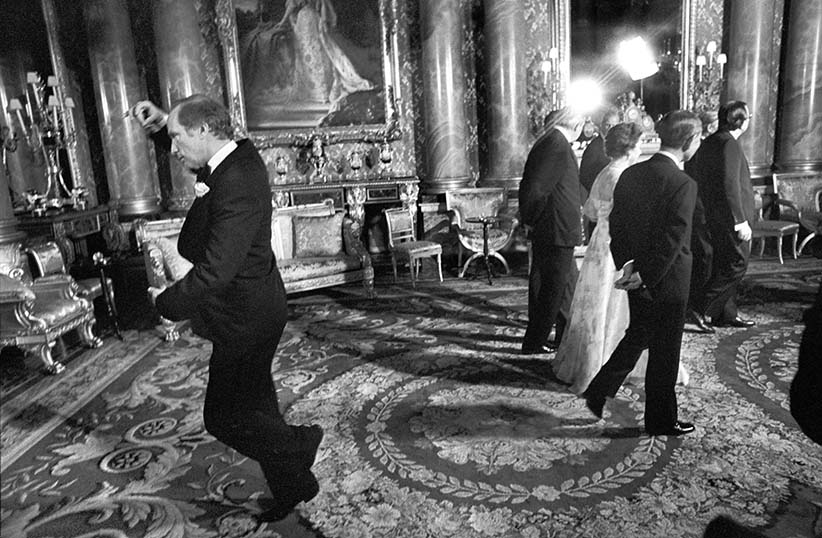 Pierre Trudeau pirouettes behind Queen Elizabeth II during a May 7, 1977, picture session at Buckingham Palace in London, England. (Doug Ball/CP)

While Pierre Elliott Trudeau is best known for his mischievous and even somewhat rebellious attitude toward the monarchy—exemplified in the famous photo of him pirouetting behind the monarch during a 1977 reception for G7 leaders at Buckingham Palace—it is understood that he and the Queen enjoyed a mutual respect for each other developed over her occasional visits to Canada during his time in office. According to an anecdote recounted by Margaret Trudeau, the Queen even popped by 24 Sussex Drive for a cheeky nightcap during one of her royal visits in the 1970s, during which she removed her shoes and sat by the fire entertaining the couple with jokes and stories. Our current Prime Minister, who was a small child at the time, was presumably tucked up in bed with his brothers.

There is one potential point of contention. The Prime Minister made headlines earlier this month when one of his first acts of housekeeping was to take down the Queen’s official portrait in the Global Affairs building in Ottawa and have it replaced with two vibrant landscapes by the Quebec artist Alfred Pellan. While many in government applauded the move (it was a reinstatement of the Pellan paintings’ original place of honour), others were offended. The dominion chairman of the Monarchist League of Canada, Robert Finch, called the decision “outrageous” on Twitter.

But if critics of the monarchy were hoping for a republican Prime Minister in the form of  Trudeau, news of the royal audience will have all but quashed their dreams. In a statement in advance of his meeting, Trudeau said he was “absolutely delighted that Her Majesty has graciously agreed to this meeting,” and that “as the Queen’s twelfth Canadian prime minister, I am honoured and very much look forward to spending this time in conversation with her.”