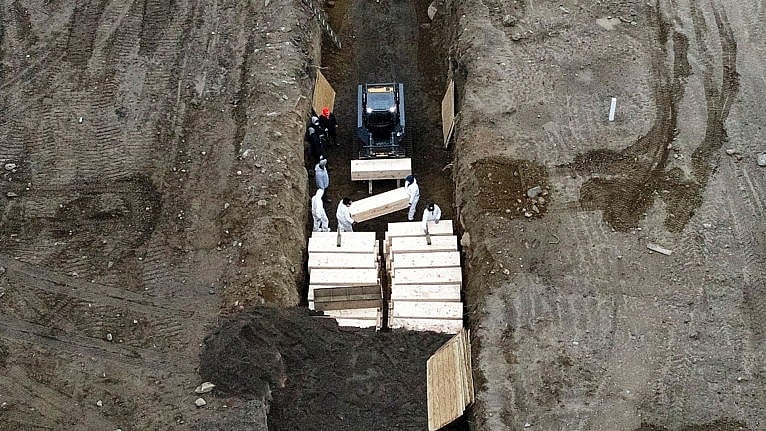 Like so many people of my generation, I remember the day in 1989 the Berlin Wall fell. The emotions are unforgettable: the joy and the euphoria, this indescribable feeling of hope, so powerful that the word “hope” doesn’t quite cover the universe of possibilities such a historic moment opened up.

It was a defining moment but also a defining disappointment. The 21st century has been a disaster marked by constant war and growing inequality. This past year—the year of the pandemic, American social and political carnage, devastating wildfires and, to top it all off, murder hornets—may have seemed particularly awful, but was in fact par for the course.

Liberal democracy and globalized neoliberal free markets were supposed to save the world from despotic regimes and raise hundreds of millions out of poverty. Instead, or perhaps in addition (hundreds of millions have been raised out of poverty over the last few decades, mostly in developing countries, though the trend appears to be reversing), they have also helped solidify the positions of an entrenched political elite and, in developed countries, made a small group of people extremely rich at the expense of the middle class.

Like so many other failures, 2020 wasn’t the year these things suddenly happened, but the year they were fully exposed. Rich Western countries, including Canada, have deluded themselves for decades about their ability to tackle any crisis that comes their way. This past year finally put that myth to rest. Indeed, experts now conclude that the so-called “West,” a term less about geography and more about wealth and power, has, at least over the last two decades, proven itself better at breaking the world than fixing it.

But how did it all go wrong? Ivan Krastev and Stephen Holmes argue in their book The Light that Failed: A Reckoning, the problem began shortly after the fall of the Soviet Union, when a triumphant West, led by the U.S., took it upon itself to remake the world in its own image. But rather than producing perfect little democracies out of the wreckage of the former Soviet Union, the imitation turned unruly and authoritarian. “It was as if, instead of watching a performance of Pygmalion, the world ended up with a theatrical adaptation of Mary Shelley’s Frankenstein,” they write.

Global institutions, set up after the Second World War by the U.S., struggled to absorb the new entrants into the “Western” club. It quickly became apparent that for liberal democracy to work, it wasn’t simply a question of free elections and free markets, but unwritten norms and ways of thinking. “I think there was a fair bit of arrogance in the immediate aftermath of the end of the Cold War,” Bobo Lo, an associate research fellow with the Russia/NIS Center at the French Institute of International Relations, tells me by video conference. “There was a sort of a sense, particularly in the 1990s, that liberal democracy provided this magical template. It was going to be a happy-clappy, geopolitics-free world and the people who didn’t sign up to it would lose out.”

Lo, who published a research paper last summer for the Lowy Institute that ties the failure to deal with the coronavirus pandemic to the collapse of the rules-based liberal order, believes the first decade of the 21st century was when things really began to unravel. Foreign policy blunders, from the invasion of Iraq to the mishandling of Libya and Syria, all but erased any hope that the world’s wealthiest nations could rise up to any challenge. The 2008 financial crisis only compounded the perception of ineptitude, and the shockingly poor response to the coronavirus pandemic put the final nail in the myth of liberal democracy’s pre-eminence.

“The crisis in the so-called liberal order is rooted in the disconnect between our high-sounding values and a not-so-edifying practice,” Lo says. “We could have probably gotten away with this disconnect had the actions we pursued been successful in their own right.” Over the past year, the pandemic has amplified those perceptions, Lo adds. Some of the worst-hit countries—the U.S., the U.K., France, Italy, Spain—also happen to be the big hitters in the liberal democratic order. The U.S. response stands alone in its level of ineptitude but the European Union has also proven that it is not the beacon of co-operation it sold itself to be.

The challenges now are steep but not insurmountable. Autocrats are promising people in the “West” a more stable and prosperous future, but the takeover of the world’s most powerful democracy by an unstable autocrat is a reminder that good governance—all that boring stuff involving experts and fact-based policy-making and resilient institutions—actually does matter. The trick is that good governance requires good leadership, and good leadership in turn requires an informed public to vote it into power.

“The quality of leadership that you’re seeing in the world, in democracies and authoritarian regimes alike, is probably the worst since the 1930s,” Lo says. “It’s like we are cursed with a generation of leaders worse than any since the 1930s. And we all know what happened after that.”