From wind turbines to coffee for bureaucrats, here's what Ontario's new government has axed to date 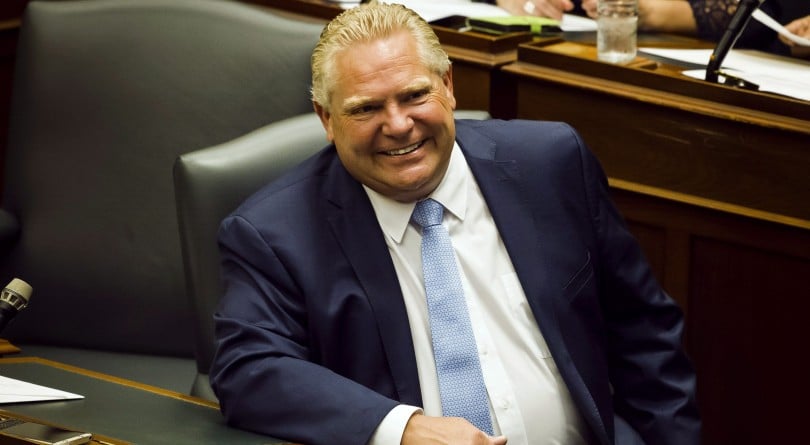 Premier Doug Ford is photographed in the Ontario Legislative Assembly at Queen's Park, in Toronto on Wednesday, July 11, 2018. THE CANADIAN PRESS/Christopher Katsarov

Before he was elected premier of Ontario, Doug Ford made an array of ambitious campaign promises—from middle-class income tax cuts to repealing the cap-and-trade program to scrapping the discovery math curriculum in public schools. He vowed to create a “government for the people,” and part of that would mean cracking down on spending.

In his first weeks in office, Ford’s government acted quickly—announcing several cuts across different sectors. These decisions are raising concern throughout the province about what the next four years under Ford could look like. The Official Opposition, a role now held by the NDP, has criticized his opening acts as premier as a “series of closed-door, back-room decisions hidden from the public.”

Here’s a look at the cost-cutting measures Ford has taken so far.