Can a party for women, and by women, make it in Britain? 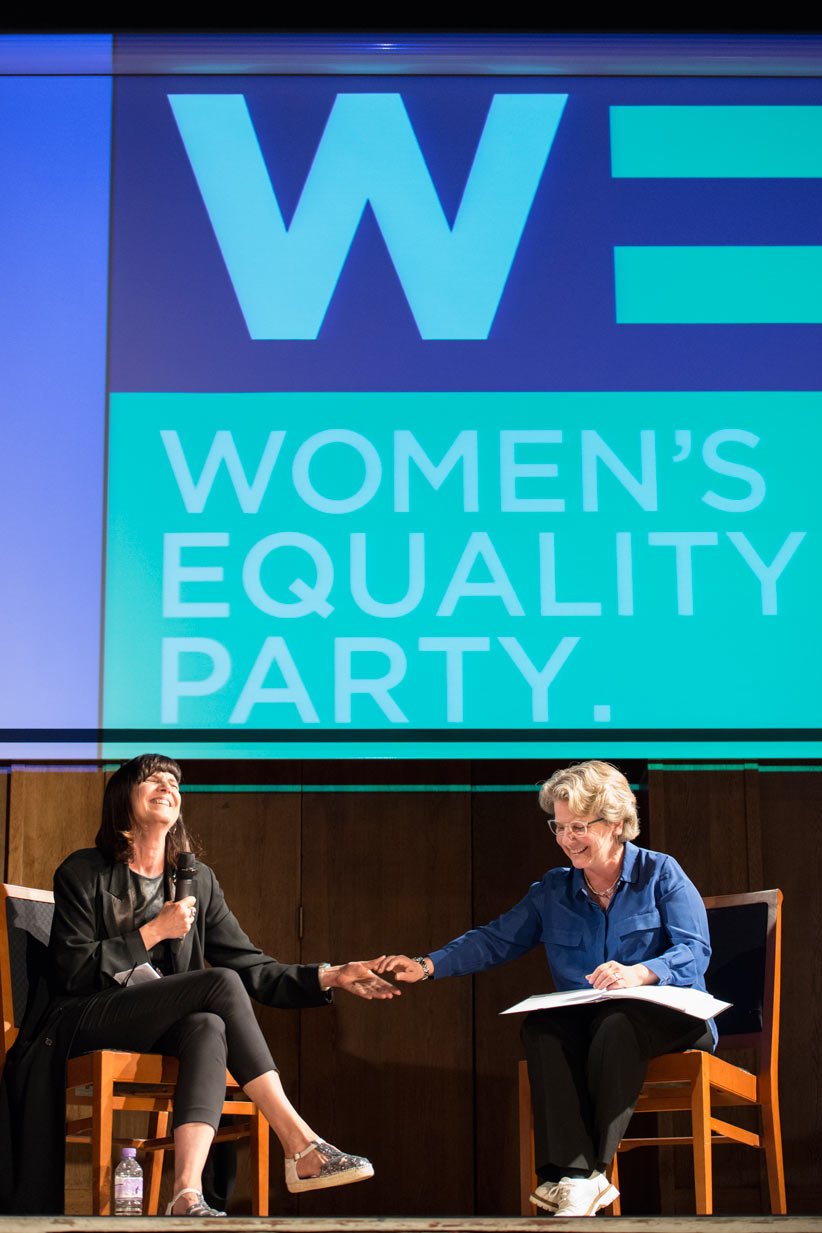 At the annual World of Women Festival at London’s South Bank Centre this past March, Catherine Mayer, the American-born journalist and recent biographer of Prince Charles, stood up in the audience during a Q&A session and made an offhand comment that would change the face of British politics.

The panelists had been discussing a topic all too familiar in contemporary feminist circles: Frustration at the slow pace of social progress when it comes to women achieving equal representation in parliament and elsewhere (if progress continues at the current pace, it would take roughly a quarter of a century for women MPs to equal 50 per cent of the British House of Commons and roughly 80 years to close the pay gap). Mayer suggested that maybe what British women really needed was their own party—one that would attract attention, steal votes and shift the debate, much in the way the Green Party has forced most of the mainstream political parties to become more environmentally friendly, or the way the right-wing UKIP party pushed immigration to the forefront of the political debate in the last U.K. election. The panelists applauded the idea and the audience roared their approval. Then Mayer joked that anyone who was for the idea should come meet her afterward at the bar.

In the days following, Mayer rang her friend, Sandi Toksvig, the Danish-British comedian and presenter of the Politics Quiz, a popular game show on BBC Radio 4. She told her about her “crazy idea” and was delighted to find that Toksvig “had been thinking along the same lines. The rest is history—or certainly looks like it will be.”

In just over three months since then, the Women’s Equality Party has gained significant traction in mainstream Britain. In April, Toksvig quit her job in order to concentrate on the party full-time. Her current title is “MC” and Mayer is president—they have no formal party leader. Although there still is no way to actually become a card-carrying member as the group (which goes by the acronym “WE”) has yet to achieve official party status, the party has garnered over 30,000 “likes” on Facebook and established 41 branches across the country, stretching from Southampton to Glasgow. According to the Guardian columnist Suzanne Moore, a member of the steering committee, the response has been astonishing. “In the first week that the website went up, we had 3,000 emails. I haven’t had to go around begging for help. Lots of people, high-profile and otherwise, have just been coming to me and saying, ‘What can I do?’ ” Last weekend, the Times columnist and author Caitlin Moran (the veritable Mick Jagger of British feminism) tweeted her unmitigated support for the party, declaring it “a non-shit UKIP.”

Related: Read the transcript of a Maclean’s panel about women in Canadian politics

Earlier this month, Women’s Equality hosted their first fundraiser at Conway Hall in London, which sold out in a day. Four hundred people—nearly all women, with a smattering of men—paid $50 each to watch Toksvig perform a stand-up set on the history of women’s equality. Afterward, Mayer and Toksvig outlined the party’s basic platform, which is to focus on equal representation for women in politics, business and education, as well as equal treatment of women in media, equal parenting rights, equal pay and an end to violence against women.

The party will have its official launch next September, and there have been strong rumours that Toksvig will announce her bid for London mayor on or around that time. “I can’t be worse than Boris,” she joked at the fundraiser, further fuelling the speculation.

In an interview, Mayer tells Maclean’s that the party aims to run candidates in the 2020 election and that it is actually not a single-issue party despite the single-issue name. “We will promote our objectives with a laser-like focus and win because we are building the broadest of support bases,” she said. “We aim to galvanize people—yes, very much including men—from all walks of life, ages, backgrounds, ethnicities, beliefs and experiences, because equality is better for everyone.”

There are other examples of similar parties around the world. Sweden’s Feminist Party, for instance, has one member in the European Parliament and just five per cent of the vote, but has “significantly shifted the national discourse,” Moore notes. In 2014, a Women’s Equality Party was launched in New York, founded, oddly enough, by Gov. Andrew Cuomo.

Organizers are eager to suggest that the WE is non-partisan, wholly inclusive and has no alliances with any of the major political parties, but naturally not everyone is delighted by the idea. There has been eye-rolling from the expected socially conservative corners and Toksvig told an audience at last month’s Hay on Wye festival that “the trolls are out,” spewing abuse against her and the party on social media.

Kate Maltby, a blogger for the Telegraph, claimed the idea would “ruin feminism” as she knew it, and imperil the advancement of women’s rights by fragmenting the British electorate even further. “Moore’s vision of a major feminist party in Parliament is a trivial fantasy,” she wrote, “but what makes it a nightmare for me is a glimpse of a world in which feminists don’t bother to join the real parties.”

But Moore, for her part, is unfazed by such criticism. The real issue, she says, is greasing the wheels of social progress, which have been creaking along for decades on the issues she’s most passionate about. “We can’t wait for the system to adjust itself; it’s taking too long. We have to push it, and if we have to do it the only way the major parties understand—by taking their votes—then that’s exactly what we’ll do.”