The country's new renegade finance minister has a message for the rest of Europe: Stop messing with us 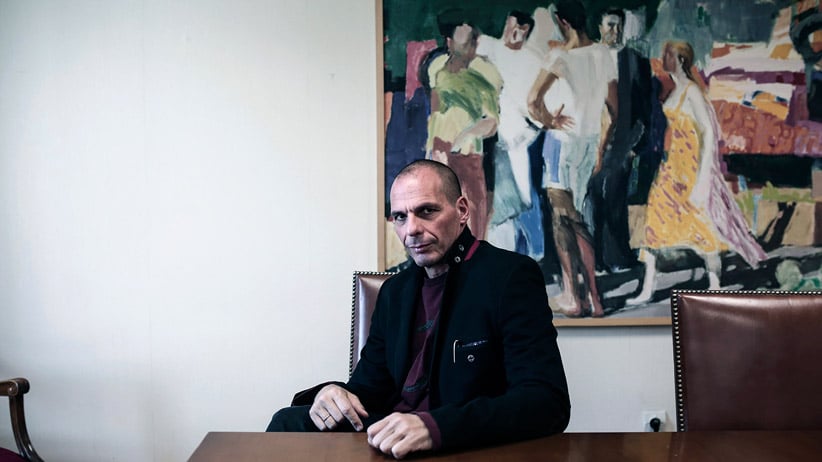 Emerging from the Greek parliament after being sworn in as his country’s new finance minister, economist Yanis Varoufakis looked awfully relaxed for a man who is now holding the purse strings of Europe’s least solvent nation. When a reporter asked him how he planned to use his background as an expert on game theory (the study of how strategic decision-making works according to mathematical models), Varoufakis paused and smiled as though he had been waiting for this moment his entire life. “Bargaining is a big game,” he said in a purr that matched his Cheshire-cat grin, “and we are about to begin negotiating with our partners.”

Varoufakis’s far-left SYRIZA party blazed to power with a pledge to renegotiate the country’s European Union bailout and write off half the country’s debt. These are desperate days for the Greeks. One-quarter of their economy was swept away during five years of punishing austerity reforms demanded by the EU and its partner, the IMF. Late last month the European Central Bank said it would refuse to accept Greek bonds in return for lending, causing the beleaguered nation’s stock market to plunge yet again. 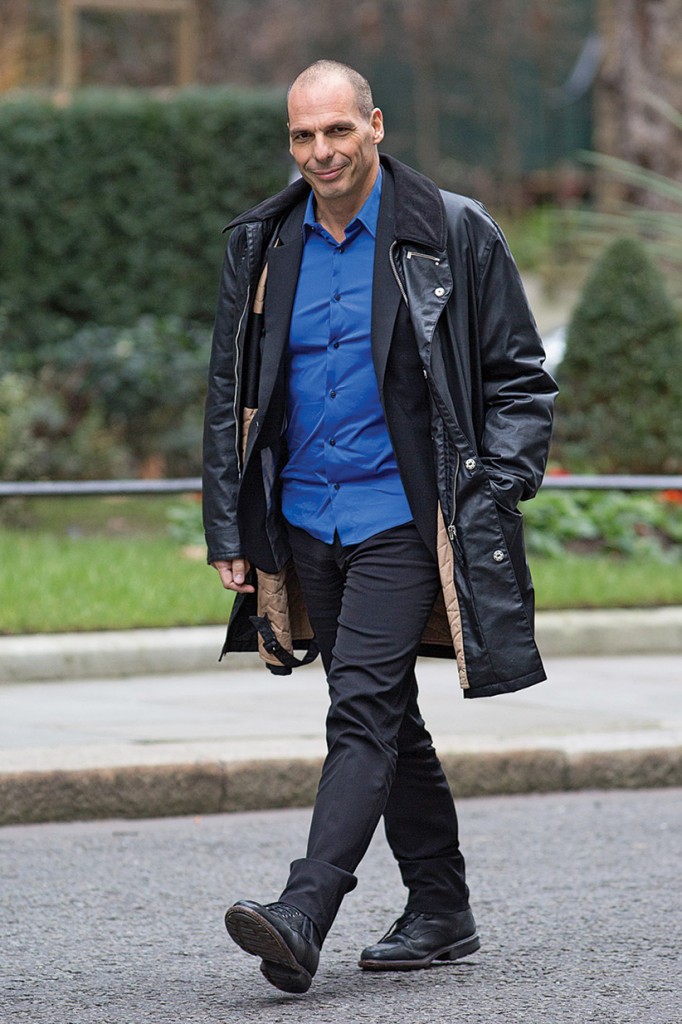 Varoufakis is the face of this bold mission to rescue his country. Instead of taking the traditional route of going hat in hand to meet with the EU’s head officials in Brussels, Varoufakis instead toured around Europe this month, having meetings with individual finance ministers. And while he didn’t accomplish much in the immediate term, he has indelibly altered European expectations of what a finance minister should look like.

When he met with British Chancellor of the Exchequer George Osborne, much was made of his un-statesman-like appearance in a leather bomber jacket and open-collared shirt. Even his close-shaved head looks a bit punk rock. In the press conference with Osborne afterward, Varoufakis oozed self-confidence. He made it clear he is quite at home in Britain, having studied at the University of Essex and taught in East Anglia for several years before taking another post in Australia prior to returning home to Greece. Osborne did not commit to anything specific, but he did concede that the Greek-EU financial standoff was becoming “a threat to the global economy.” (Even U.S. President Barack Obama seemed to support the idea of a renegotiation, saying last week, “You cannot keep on squeezing countries that are in the midst of depression.”)

Renegade as Varoufakis might seem on the international stage, inside the SYRIZA cabinet, he fits right in. More than half the new ministers in Prime Minister Alex Tsipras’s inner circle are career academics, and few of them bother with ties (the uniform appears to be grey pants and open-collared shirts). Their party is not a typical liberal outfit, but one deeply rooted in an intellectual tradition of radical left-wing resistance. One of its major campaign promises was to provide free electricity to 300,000 families living below the poverty line, despite being essentially bankrupt as a nation. The party hopes to generate money through a more stringent tax system and what it views as long-overdue Second World War reparations from Germany. As his first official act as prime minister, Tsipras paid homage at a memorial for Greek communists killed by the Nazis.

The bloody history between the two nations hung heavy in the air when Varoufakis met with German’s finance minister, Wolfgang Schäuble, last week. Unlike the jovial sit-down with Osborne, Varoufakis and his German counterpart did not appear to be enjoying themselves. While Varoufakis urged Germany to help end the “gross indignity” of austerity in Greece by forgiving some of the country’s staggering US$366-billion debt (a debt from a loan that was irresponsibly given in the first place, he argues), Schäuble did not budge an inch. Instead, the German minister was quick to insist there would be no debt haircut for Greece, although he did add that he hoped Greece would stay in the eurozone, as it “belonged” there.

Earlier this month, thousands of Greeks gathered in front of the parliament buildings in Athens to protest what they see as blackmail by the EU—an organization that will be tested to the bone by its handling of the Greek debt crisis. The challenge Varoufakis is putting to the European leaders in his black bomber jacket is simple: Greece is simply not prepared to pay back the money it owes on the current timetable, and is prepared to default on those debts, if necessary. Earlier this week, in his first official speech, Tsipras again made the promise to roll back austerity measures and protect the nation’s poor.

And while Varoufakis might seem a bit blasé in his shirt sleeves and off-the-cuff manner, there is nothing casual about his unprecedented gambit. With his street-smart swagger and regular-guy jeans, he is really signalling to the world that he and his party are operating outside of the EU establishment—a careful branding move from a career-long expert at game theory. And, where Greece is concerned, the game may well be about to radically change.