Stéphane Dion on King Juan Carlos of Spain, a hero of democracy

The brave king who stood up to authoritarian rightwingers 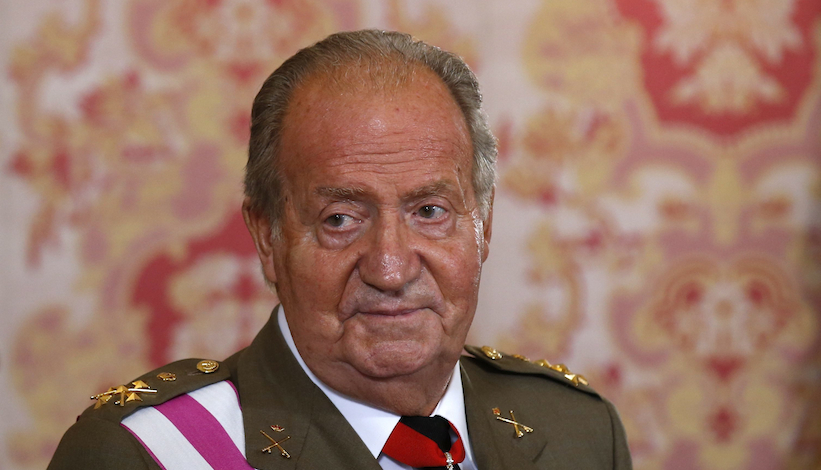 In 2006, when I was writing a book about Stephen Harper and Paul Martin, I interviewed Stéphane Dion. I asked him who his models in politics were. I expected him to mention Wilfrid Laurier or Louis St. Laurent or some such. He surprised me by naming King Juan Carlos of Spain. When the King abdicated this week, I invited Dion, the Liberal MP for St. Laurent-Cartierville, to explain why he admired him. Here’s what Dion wrote — Paul Wells

As King Juan Carlos of Spain abdicates after a 40-year reign, in favour of his son, Crown Prince Felipe, the King’s major contribution to democracy must be emphasized. Notwithstanding the scandals that plagued the royal family and made for a difficult end of reign, we must not forget what he did to advance world democracy. It is no exaggeration to say that he was one of the heroes of the 20th century.

Remember how badly democracies fared in the mid-seventies. Latin America, Africa, Asia, Eastern Europe and part of Mediterranean Europe were under the thumb of authoritarian or totalitarian regimes. In such countries as France or Italy, about a quarter of the voters supported political parties that were openly hostile to pluralistic democracy. In every Western democracy, these ideas were rampant in many unions and universities. U.S. democracy was discredited as a result of the Vietnam war and Watergate crisis.

But what happened in the following years was the opposite of a shrinking of democratic space and individual freedoms. Humankind was blessed with one of the most positive phenomena of its history: an unprecedented advancement of democracy on every continent. So where did this global wave originate? In Greece, Portugal, Spain—in short: the Mediterranean, ageless cradle of Western civilisation.

As per General Franco’s wishes, Juan Carlos Alfonso Víctor María de Borbón y Borbón was crowned on November 22, 1975, two days after the dictator’s death. Franco was quoted as saying “Everything is settled”; he hoped, as did his entourage, that the young king would follow in his authoritarian steps. But the brave king stood up to the authoritarian rightwingers, resolutely propelling Spain into the democratic world. His involvement proved particularly decisive during the military coup attempt of February 23, 1981, when in a speech broadcast on television in the middle of the night, he declared:

“The Crown, symbol of the nation’s permanence and unity, can tolerate no action or behaviour on the part of those who would forcibly put an end to the democratic process.”

Rather than listen to the fatalistic voices that clamoured that Latin peoples are not made for democracy, King Juan Carlos chose to believe in a democratic future for his country, in a Spain ready to embrace pluralism. One can imagine that through his impulse was not only the fate of Spain determined, but that of the whole of humankind. Indeed, it is no oversimplification to say that when it became clear that Spain would not turn back and that it would become a democracy, many other peoples felt they could do as well as the Spaniards.

The following years were marked by a great democratic wave that swept over every continent and culminated in the fall of the Berlin Wall. This happy development was anything but inevitable. It did not stem from historical determinism. It was the work of brave women and men, modelled after King Juan Carlos.

Today, we cannot afford to take this progress for granted. We must constantly, and vigilantly, work to strengthen democracy and the values that are its foundation.