Think your commute is long? Try Barcelona to London. 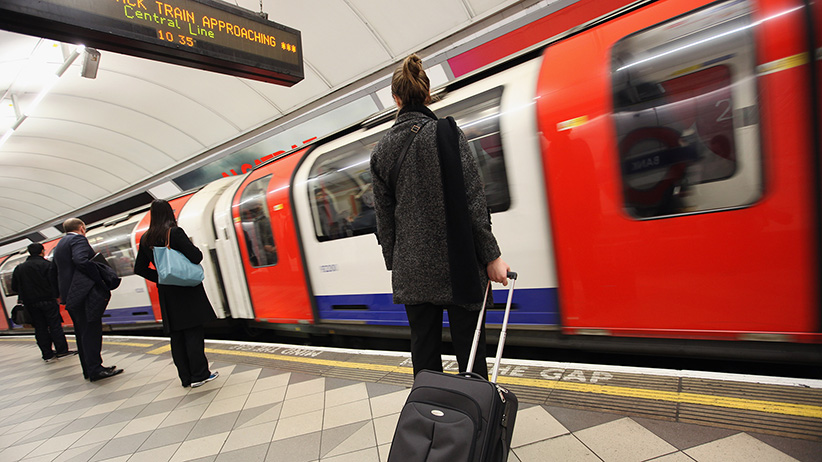 It was almost three years ago that Tavis Wright hit upon the idea of becoming a super commuter—although he didn’t call it that at the time. The now 37-year-old architect was living in a small flat in London with his wife, a freelance journalist, and their two young children. “We’d outgrown our flat, and so we started looking for houses in the neighbourhood, and quickly determined we couldn’t afford to buy in the area we wanted to live in. So then we were looking at these really terrible houses in neighbourhoods we detested, and it was really depressing us, and that’s when I hit upon the idea of commuting from Mallorca [Spain].”

It might sound a bit nuts, but Wright is in fact part of the growing number of young Londoner “super commuters” who are opting to fly weekly or daily to the British capital from their homes in different countries in Europe in order to achieve a better quality of life. The combination of discount European air travel (tickets can cost less than $100) and rising rents and property prices in London have made this outlandish idea a reality. Last year a London social media manager named Sam Cookney caused an Internet sensation when he jokingly tweeted that it would be cheaper for him to move to Barcelona and rent a two-bedroom flat and commute everyday to London than it would be to rent a one-bedroom flat in his north London neighbourhood. (He was paying $1,450 a month for a shared flat.) A few months after the post went viral, Cookney decided to put his number-crunching to the test and he now lives happily in a large three-bedroom flat in Barcelona and commutes four days a week to London. He told Buzzfeed recently that the lifestyle has “no downsides.” He says, “I am very much finding it worth it, both in terms of a significantly improved lifestyle in pretty much all regards, and also I’m actually saving money,” he said. “The commute actually isn’t all that bad.”

The Office of National Statistics in the U.K. doesn’t keep records of London workers who commute from abroad, but the idea of super commuting isn’t new. The British travel company Thomson predicted in a 2006 report that by 2016 1.5 million people who worked in Britain would live abroad. According to a report in Fortune magazine, the last few years of surging property prices in London have “pushed the movement to its tipping point.” Late last year the average house price passed the $1-million mark.

The irony, of course, is that it’s the rise of another kind of super commuter — the globe-trotting super-rich, many of whom own homes in London (where many can avoid being taxed on their worldwide income)—that has driven up the capital’s property prices in the first place.

But for middle-class super commuters like Wright, getting his family out of London (while still earning British wages) was about giving up the struggle to keep up. Three years ago, he and his wife flew out to Mallorca—part of the popular Balearic Islands in Spain that include Ibiza—and were surprised to find that for the price of renting out their small two-bedroom flat in northwest London they could easily afford a spacious three- or four-bedroom house with a pool right outside the Mallorcan capital of Palma (it also helps that he and his wife are both fluent in Spanish). Even with all the flights and airport transfers taken into account (the flight time from London to Mallorca is two hours and 15 minutes), Wright says they still have a far more affordable lifestyle than if they’d stretched themselves to buy an unrenovated house in an undesirable suburb of London. As for quality of life, he says, there’s simply no comparison. “It’s glorious here, the local schools are very good. The kids are on the beach every day from April to October. I almost feel like we’re gaming the system,” he says.

Wright says that another architect friend of his, inspired by his example, is in the process of moving with his Dutch wife and child to Amsterdam and plans to commute to London from the Netherlands (where rents are cheaper and the state schools are excellent).

Today Wright commutes to London on Monday (he stays with a relative for three nights most weeks) and returns to Mallorca on Thursday, and is able to work from home on Friday. The fact that he runs his own small architecture firm helps matters, as does the fact that his wife, Kathleen, is a self-employed TV reporter who jets off to foreign locales to make films a couple of times a year, but does not have regular office hours herself. There are some obvious downsides, he admits. “Time spent away from my family is difficult and the hassle of airports can be annoying,” he says. But with three different airlines running daily flights to the Spanish island, Wright said he’s never missed a connection. And when you buy in bulk it’s possible to get heavily discounted flights. “I know all the ground staff at EasyJet at this point and they’ve actually given me a friends-and-family discount, which also helps.”