Why on earth is Theresa May looking smug?

Image of the Week: The British PM gambled on her own unpopularity to get her Brexit plan through parliament—and lost 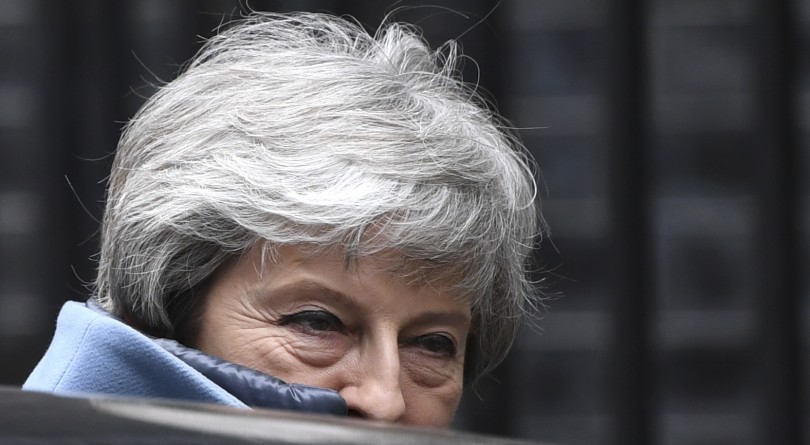 May leaves 10 Downing Street for the weekly Prime Minister Question session in the House of Commons in London. (Paul Ellis/AFP/Getty)

Theresa May made the biggest gamble of her political career this week: she agreed to resign as prime minister of the United Kingdom—a job she’s held since taking over from David Cameron in 2016 (after his own resignation)—if only the British parliament’s 650 members finally voted in favour of her Brexit deal. It must have struck her as a win-win situation: opponents would get to oust her from office, while her successful deal would have ended this seemingly endless Brexit farce. She’d already failed to pass her plan twice before in parliament—and it failed by more than a hundred votes both times. This time, despite a tighter ratio of yeas to nays (only 58), it still failed. She gambled on her unpopularity, but it turned out the British parliament hates her Brexit deal more than they hate her personally. Despite May winning over dozens of pro-Brexit MPs in her party with her attempt at martyrdom, the staunchest group she failed to woo were the Irish—specifically, the Democratic Unionist Party of Northern Ireland, whose members sunk the vote because Brexit would require a hard border between the U.K.’s Northern Ireland and the Republic of Ireland, which is still a member of the European Union. Unless the U.K. can come up with a better plan over the weekend, it’s heading for a no-deal Brexit—something nobody wants, not even many hard-line Brexiteers. In that case, her gamble backfired spectacularly: they’re no closer to a deal, plus she’s all but ousted herself. A lose-lose situation.