Can goat meat hoof its way to the culinary forefront?

Goat is enviably healthy, rich in iron and protein, tender in a braise, and popular in the developing world. Why is it so hard to get in North America? 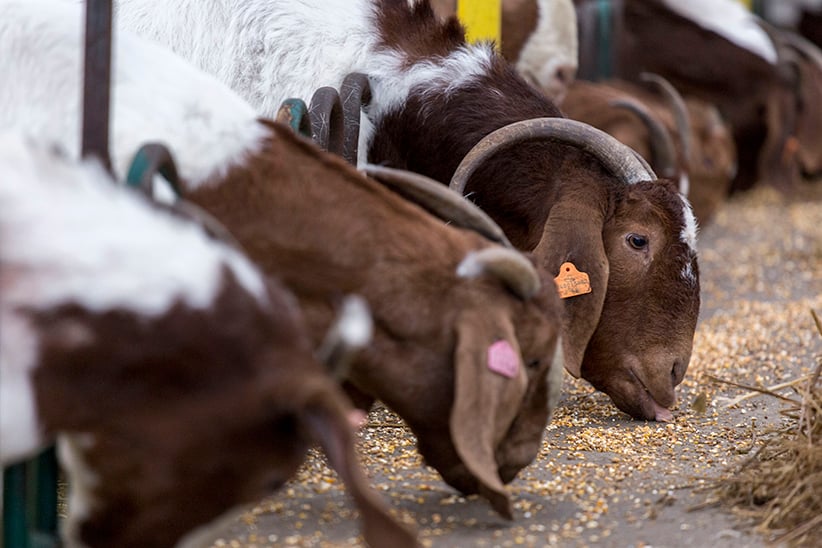 Pop down to your local Loblaws, Sobeys or Metro and it will be easy to find some creamy fresh goat’s cheese from B.C.’s Salt Spring Island Cheese Company, or something better-aged from Ontario’s Monforte, or a brick of that lovely, black, wax-wrapped chèvre noir from La Fromagerie Hamel in Quebec. But if you’re looking for its parents—and I don’t mean the cheesemakers’—it’s altogether a different story.

Canadian supermarkets do not sell goat meat. So when I want some on a whim—which is to say without the luxury of forethought or the time to wait for my swanky butcher to procure the special order—I instead head for my local downtown Toronto high street.

As it happens, Parliament Street has several goat-buying options. South of me, near the mosque where the cab drivers gather five times a day, there is a decent halal butcher who no doubt slaughters his by the book. But he favours old goat, and sometimes its flavour is too assertive for my dinner plans. So when I want something closer to kid, I instead drop in on a South Asian market nearer to Bloor Street. There, if you arrive on the correct day of the week, you can buy goat unrefrigerated right off the back counter in one-kilo plastic bags sealed with a twist tie, for $10 a pop.

At that price you don’t ask questions, but of course I have my theories. Neither factory farms nor massive, federally approved slaughterhouses feature in them. But one day soon that may change.

Here’s the thing. While it might not readily seem so in Canada or the U.S. or, for that matter, in the U.K., around the Mediterranean and across the developing world goat is an astonishingly popular red meat. Do remember, there are plenty of places where culinary cultures do not measure the quality of red meat exclusively on the basis of its suitability for being turned into cheeseburgers. Goat is cheap. Unlike beef, it is acceptable for Hindus. Unlike pork, it’s allowed for Muslims. It’s even kosher—as long as it’s not cooked in its mother’s milk, a fairly easy stricture to get around.

Let’s return briefly to the cheese industry. In Ontario in particular, small artisanal cheese producers (who were generally a bit late to the game compared to their counterparts in Quebec) favour goat’s milk cheese above any other kind. The reason is simple: most cow’s milk cheeses take a lot of time to mature, whereas quality goat’s milk cheeses can be sold young and fresh. And if you’re an indebted start-up, selling product for cash in six months is much more attractive than waiting three years.

Where there is goat’s milk cheese there must be goat’s milk. And where there is fresh goat’s milk, there are goats destined for slaughter. Namely old females, whose best milk-producing years are behind them. And young males, which on a dairy farm are born unwanted and unneeded, are generally dispatched to the slaughterhouse shortly thereafter. 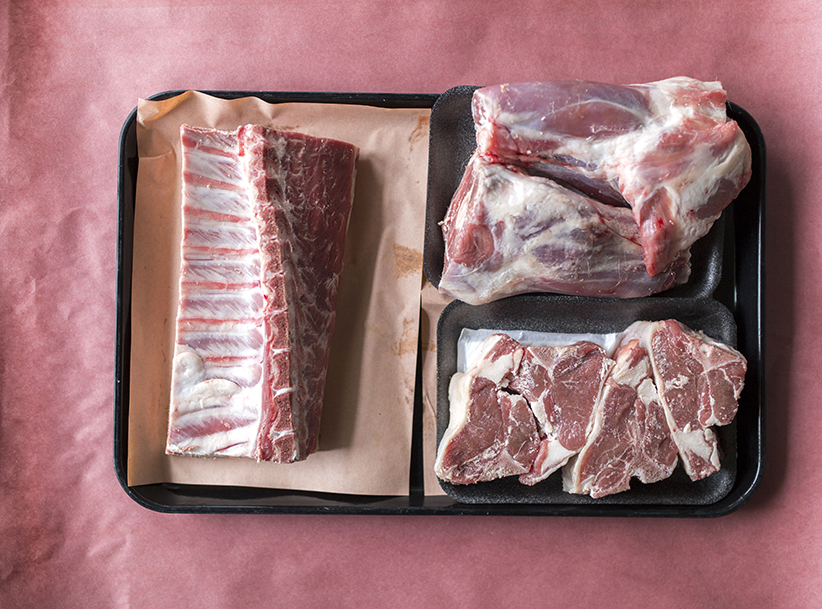 Goat meat is shown at Teal’s Meats in Waterford, Ontario on January 23, 2017. (Photograph by Nick Iwanyshyn)

In Ontario, the burgeoning cheese industry means that the number of goat milk producers (some 235) has nearly tripled since 1997. If you add meat goat farms, the total number is now nearly 400—well over double its nearest competitor, Alberta. For all that, Canada still only produces about half the goat it consumes, importing the balance from countries including New Zealand, Australia and the U.S.

Most of it goes to ethnic markets, like on my local shopping street. Or to Indian or Jamaican restaurants, where it is turned into curries and patties. Local demand from ethnic communities that prefer by habit to buy fresh rather than frozen meat means that most goat is processed at small, provincially certified slaughterhouses—and so won’t end up in the fridge or freezer of the local outlet of one of our national supermarket chains.

But it should, soon. For while we think of it primarily as a Jamaican staple, it was the Spaniards who brought it there. My cookbooks from there and neighbouring countries are full of great recipes for the meat—from northern French blanquettes, to Provençale estouffades, to Greek, Spanish and Italian braises, to North African tagines. It is a Mediterranean staple that, like the rest of their diet, is enviably healthy, rich in iron and protein, low in fat and—despite its leanness—remarkably tender in a braise, to which it imparts a creamy richness similar to that delivered by a fine shank of veal.

The American chef Zak Pelaccio made it a star in his New York menus at 5 Ninth, and later, the Fatty ’Cue (and now Fish & Game in Hudson, N.Y.). At last year’s London run of the food festival Meatopia, both Fergus Henderson (the legendary father of nose-to-tail cooking) and Yotam Ottolenghi cooked goat last year. It has to show up at your local supermarket one of these days. You can hurry the process by asking for it.