Canada supports a ‘values’ test. But not the values of the far right.

While 84% of respondents back screening of new immigrants, the values they actually support seem to lean left 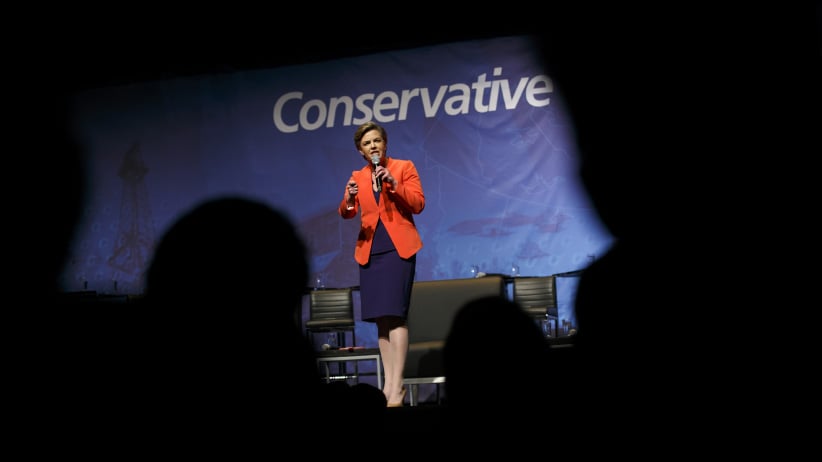 It is a delicious paradox and it’s wholly counterintuitive. What’s one of the strongest feelings expressed by the otherwise liberal, laid-back and largely contented people revealed by our poll? It’s in the survey respondents’ support for a proposition most closely associated, fairly or not, with Canada’s disgruntled, anti-immigrant, Islamophobic fringe.

A whopping 84 per cent of respondents agreed with the statement, “New immigrants to Canada should be screened to ensure they share Canadian values.” Almost 50 per cent “strongly” agreed. That’s a higher register of strong feeling than the survey elicited in any other policy-related question.

Peculiar to the far-right edges of the Conservative party, the specific proposal to subject prospective immigrants to a “Canadian values” assessment in face-to-face interviews was a major plank in party leadership candidate Kellie Leitch’s campaign. Opposed by several other candidates and derided by Liberals and New Democrats as a dog whistle to bigots, Canadians, it would seem, are for it, with gusto. Only ﬁve per cent of survey respondents “strongly” disagreed with the proposition. That’s a slam dunk.

But here’s the paradox: It turns out that the “Canadian values” revealed in our poll are dramatically at odds with the values espoused by the loudest proponents of an immigrant “values” test. In other words, Canada’s rednecks should be careful what they wish for.

Almost all of the 17 primary values questions put to poll respondents elicited enthusiasm in varying degrees for “progressive” values and ambivalence about almost everything else. If it’s “Canadian values” you want embraced by the roughly 300,000 people who emigrate to Canada every year, you’ll have to screen out almost everybody except for liberals.

The only other opinion as firmly held as the view that prospective immigrants should be subjected to a “Canadian values” test is the idea that governments need to intervene in the housing market. Asked to respond to the statement, “Governments in Canada should do more to make housing more affordable,” 86 per cent of respondents agreed, while 41 per cent “strongly” agreed.

So, what about those Muslim immigrants and Syrian refugees we’re supposed to be worked up about? Are Canadians bothered?

In a celebrated initiative that has now come to an end, about 40,000 Syrian refugees were resettled in Canada after Justin Trudeau’s Liberals were elected in October 2015. Nevertheless, 57 per cent of respondents said they agreed with the statement, “Canada should continue to accept Syrian refugees.” In a separate survey question, 62 per cent of respondents agreed that “‘Islamophobia’ is a problem in Canada.”

For all our boasts about being uniquely environmentally conscious, only 44 per cent of Canadians agree with the statement, “I am personally willing to pay a carbon tax if it helps address climate change.” For all the claims we make about our superior health care, only 45 per cent of respondents agreed with the statement, “I would pay more taxes to shorten wait times in the health care system.” But those responses came in tandem with a fairly dim view of the state of tax fairness in Canada. “The rich in Canada pay enough taxes” is a statement with which a full 75 per cent of respondents disagreed.

We’re not upset about official bilingualism: 78 per cent said Canada should stay that way. We’re fairly content that governments are doing enough to protect the environment: 58 per cent of respondents agreed.

Still, we do have a rather high opinion of ourselves. Two-thirds of respondents said we’re as nice as the world thinks we are. Maybe so, but this seems certain: if anyone was hoping for some rabble-rousing populist uprising to topple the Liberal party’s federal hegemony in Canada, an anti-immigrant, anti-elite, small-government, anti-tax crusade isn’t going to cut it.

MORE FROM THE CANADA PROJECT: