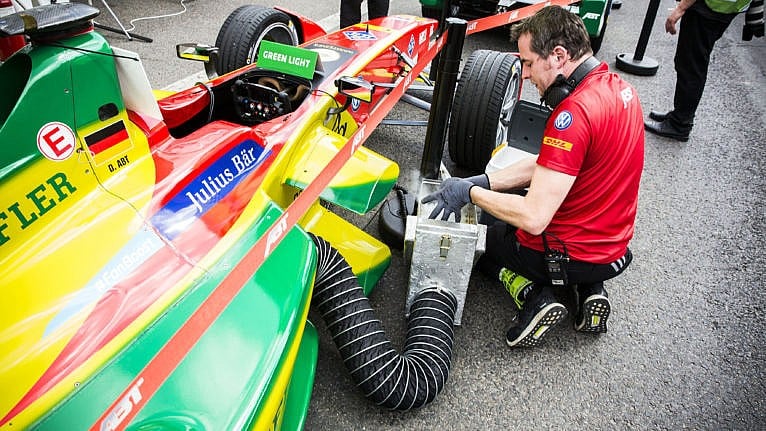 At a Formula E race in Berlin, Germany, a technician loads dry ice into an electric car to cool its batteries during a pit stop (Felix Clay/eyevine/Redux)

During the first Vancouver E-Prix, Formula E vehicles will speed along the 2.21-kilometre, 15-turn circuit in a 45-minute race. In contrast to Formula 1, where the race is set over a number of laps, Formula E races are timed to minimize the risk of the cars running out of power. And while F1 vehicles reach speeds of 360 km/h and go from zero to 100 km/h in 2.6 seconds, electric engines still pack power, reaching speeds of up to 280 km/h and going from zero to 100 km/h in 2.8 seconds.

RELATED: Is the electric car right for you? Everything you should know before switching gears 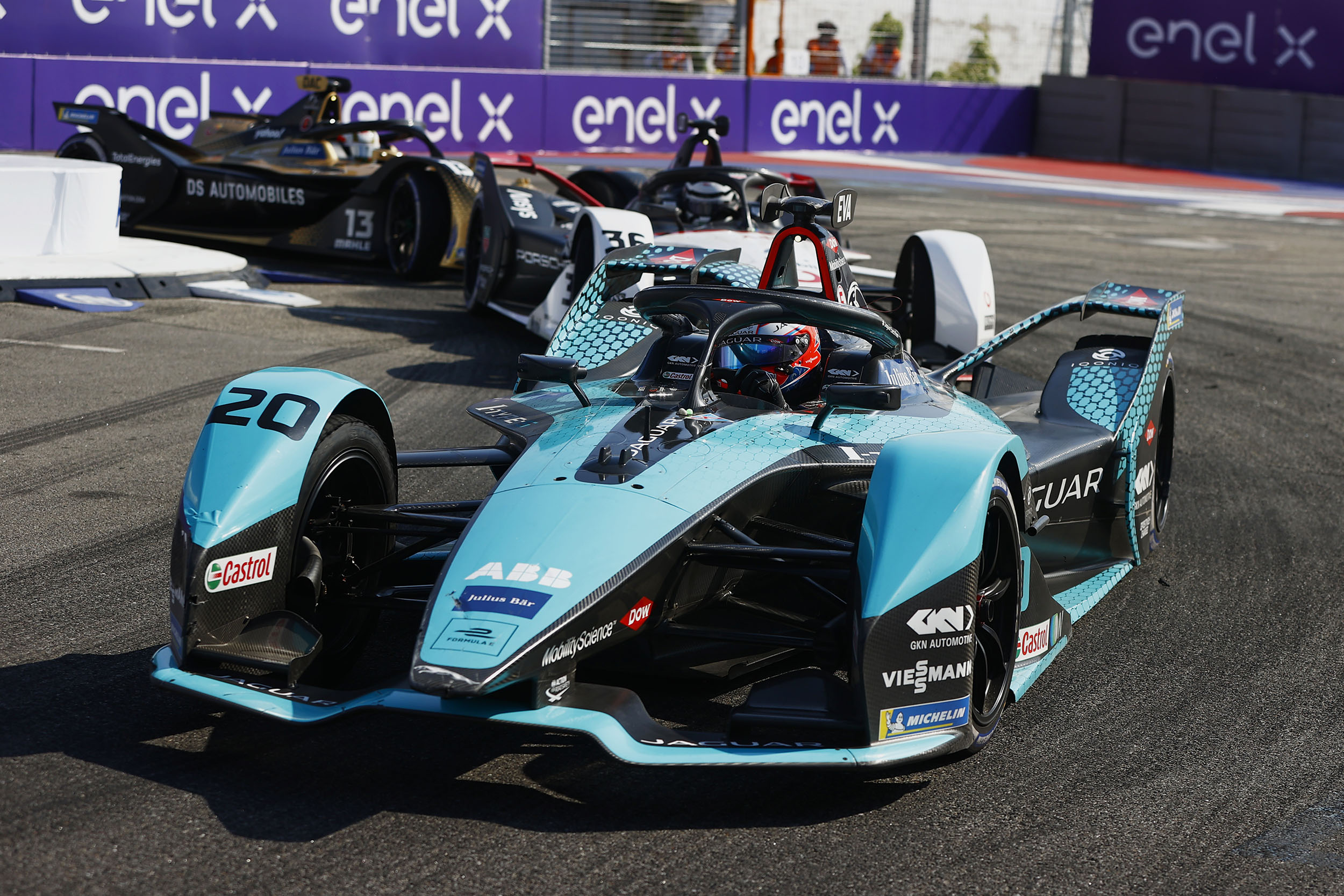 Racecar fans might miss the ear-splitting noise they’re used to, though: the E-cars only reach 80 dB, the equivalent of highway traffic noise.

“Attack mode” is another unique part of E-racing. Drivers make a pit stop in an off-circuit charge zone to get a 30-kilowatt boost (around 143 kilometres if you were to charge a Tesla) that the driver has five minutes to use.

The Vancouver electric race follows Formula E’s disastrous start in Montreal back in 2017, when Montrealers complained that the event caused construction and traffic—not to mention costing taxpayers $35 million. Four years later, Vancouver’s city council approved the event on the condition that no city dollars would be spent on the race, and in the hope it would boost tourism.

This article appears in print in the January 2022 issue of Maclean’s magazine with the headline, “An all-electric race.” Subscribe to the monthly print magazine here.