From Bruce to Caitlyn Jenner, with love 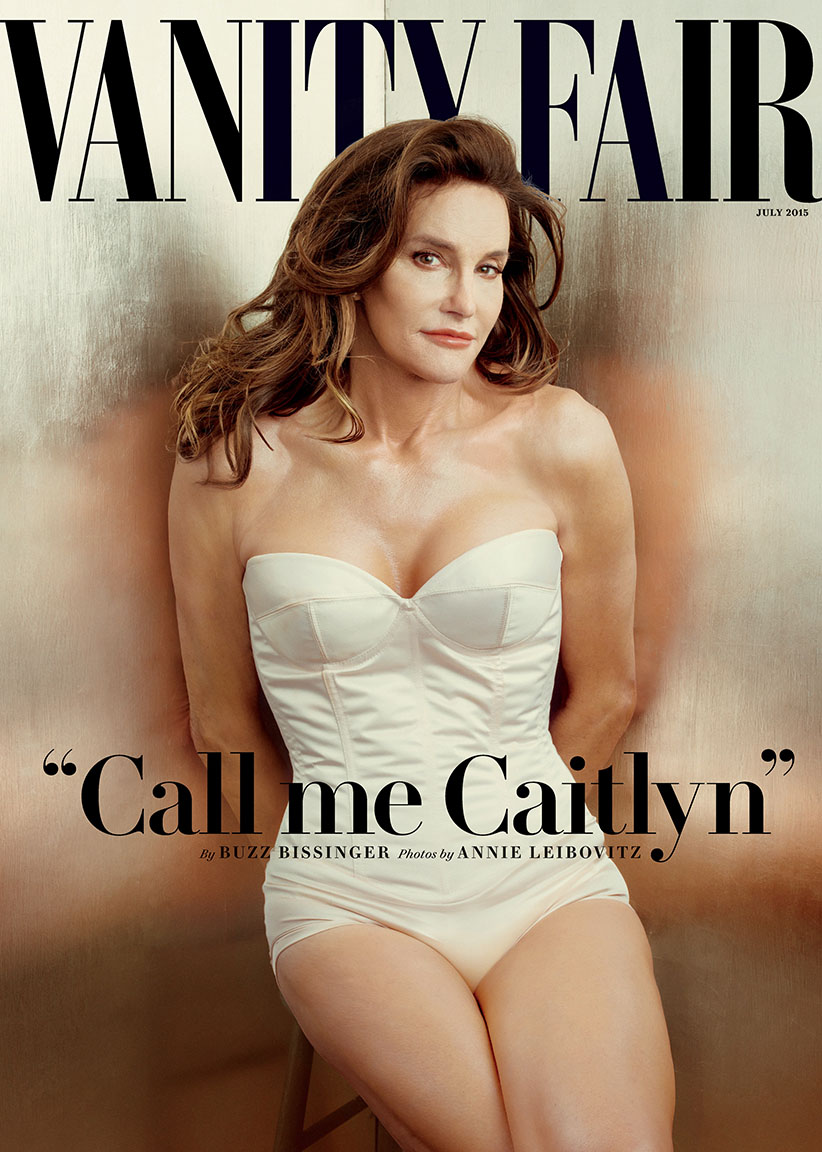 “Call me Caitlyn.” Never has a simple introduction garnered such wild praise. Caitlyn Jenner, formerly Bruce of Wheaties box and Kardashian fame, made her official debut as a transgender woman this week on the cover of Vanity Fair magazine. The cover photo, shot by legendary celebrity photographer Annie Leibovitz, portrays Jenner looking toned and glamorous in a white corset. Her hair is long and windswept; she bears a striking resemblance to American Horror Story star Jessica Lange (who trended this week, yet didn’t know the meaning of the word).

Jenner, on the other hand, lives the meaning. Once a breaker of Olympic records, the former athlete is now (to borrow a phrase from her stepdaughter Kim Kardashian) an official “breaker” of the Internet. When her Twitter account went live on Monday, she beat U.S. President Barack Obama’s Guinness world record as the fastest Twitter user to gain one million followers in only four hours. “I’m so happy after such a long struggle to be living my true self,” Jenner tweeted. “Welcome to the world, Caitlyn. Can’t wait for you to get to know her/me.”

Apparently, we can’t wait either. The social media reaction to Jenner’s official coming out is overwhelmingly positive. Congratulations and warm wishes poured in from every corner of entertainment and politics—from Lena Dunham and Maria Shriver to John Stamos and Valerie Jarrett, a senior adviser to Obama. Any negative reactions to Jenner’s transition have been summarily shamed online: Record producer and rapper Timbaland announced he will continue to call the former Olympian “Bruce.” Timbaland even posted a disparaging meme on Facebook that read, “His Mamma named him Bruce. Imma Call him Bruce.” Many were quick to point out his hypocrisy: Timbaland’s own mother called him Timothy, not Timbaland, at birth.

At first glance, Caitlyn Jenner’s successful reintroduction to the world is wholly inspiring. As corny as it sounds, there is undoubtedly a closeted trans kid out there who is better off knowing that the most famous trans person in the world is also beloved. Visibility matters, even when it is sensational. But, in this circumstance, it is inordinately sensational: Jenner is being celebrated not only as an out and proud trans woman, but as an unparalleled bombshell. She is not only beautiful; she is a beautiful 65-year-old woman who looks about two decades younger than her peers. (She could play Jessica Lange’s stand-in, no doubt, but she could also play the actress’s daughter.) Jenner looks fabulous and apparently feels fabulous, too. But her swift acceptance by the public isn’t typical, a point trans actress and activist Laverne Cox made in a personal essay this week. When Cox appeared on the cover of Time magazine a year ago (the first transgender person to do so), she says many “trans folks” called her “drop-dead gorgeous,” but “that doesn’t represent most trans people.”

Related: Laverne Cox on a ‘revolutionary moment’ for trans people

“What I think they meant,” Cox writes, “is that, in certain lighting, at certain angles, I am able to embody certain cisnormative beauty standards.” (The trans community uses the term “cisnormative” to describe people whose gender identities match their sex at birth.) “There are many trans folks [who], because of genetics and/or lack of material access, will never be able to embody these standards. More important, many trans folks don’t want to embody them, and we shouldn’t [have to conform] to be seen and respected as ourselves.”

In other words, the Internet fanfare surrounding Caitlyn Jenner is, at least in part, grossly out of step with reality, where trans people who can’t “pass” as cisnormative are routinely harassed and humiliated.

When news broke about Jenner’s interview with Diane Sawyer in April, I argued that we would be kinder to Jenner (then the subject of crude jokes about her rumoured gender identity) when her feminine exterior was set in stone; in other words, when she could “pass” more easily herself. And it appears we are. Media organizations that once hounded and mocked the former Olympian about her long hair, painted nails and large Adam’s apple have nothing but nice things to say this week. Good for them. The hope is that their newfound approval will be a catalyst for wider acceptance of the majority of trans people who will never be overnight pin-up material. But the worry is, it may not.