Hate the player, not the game 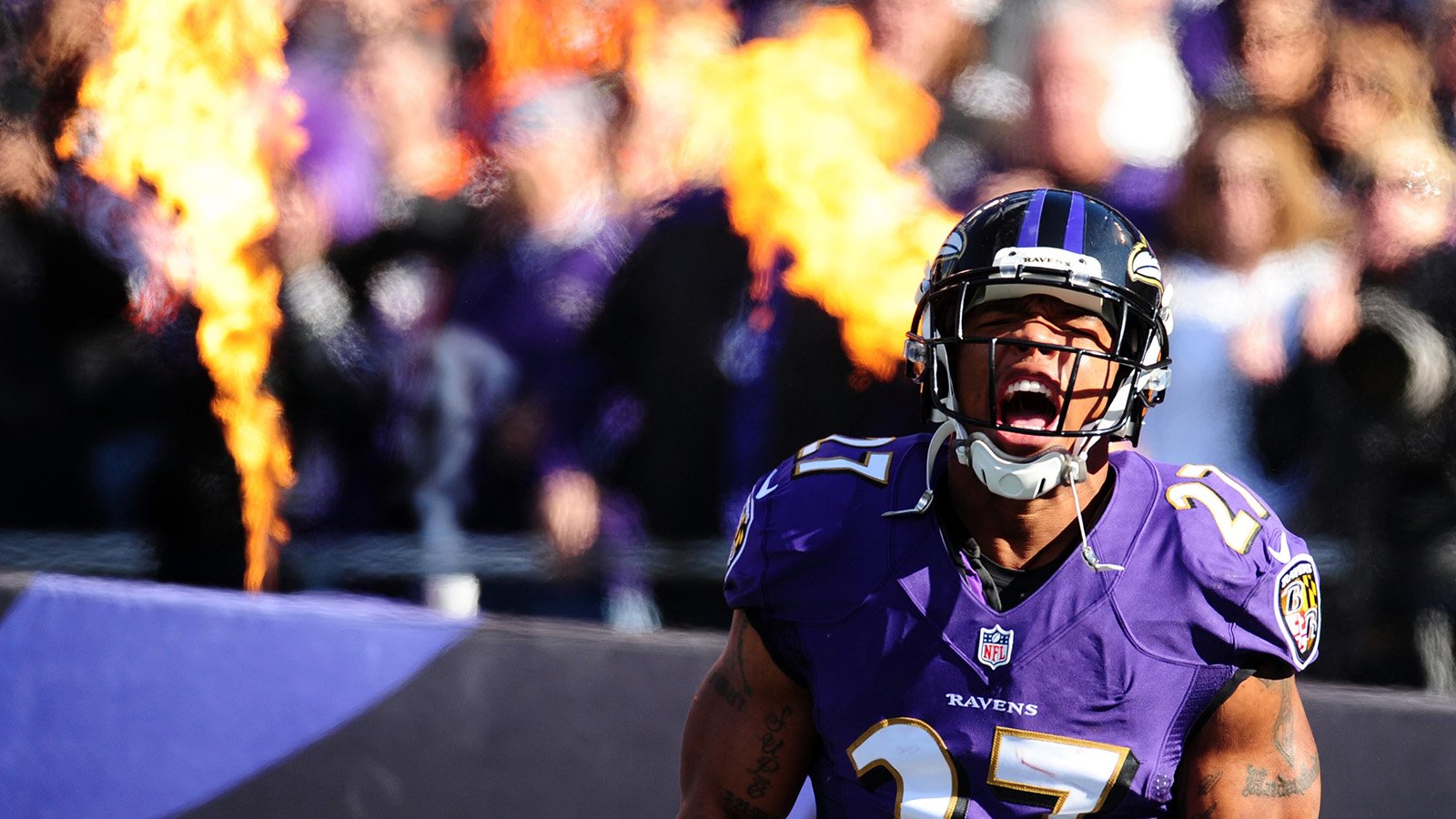 In the TV world of Friday Night Lights (2006-11), a teen drama about a high school football team in a tiny, God-fearing Texas town, good always conquers evil. Eric Taylor, the steely-eyed coach of the fictional Dillon Panthers, is the moral centre of the football-crazed town, where star players enjoy almost every perk celebrity status can offer. As a result, the players sin frequently, abusing their power, drugs and alcohol, and sometimes one another. When they do, however, Coach Taylor is always present to administer some tough love, or if the offence warrants it, a swift termination followed by a rousing lecture Winston Churchill would have envied. The Steubenville High School rapists, the adored Ohio teenaged football players who raped a 16-year-old girl in 2012, would not have found any sympathy under the watch of Coach Taylor. Neither, for that matter, would Ray Rice, the Baltimore Ravens running back whose gruesome beating of his then-fiancée, now wife, Janay Rice in an Atlantic City elevator earlier this year, was captured on a surveillance camera and leaked by gossip outlet TMZ in September. Coach Taylor, a man who gives second chances only to those who deserve them, would not have waited as the NFL did, for video evidence of Rice’s domestic abuse to make international news before suspending the player from the league indefinitely. Would that he were a real person, and not limited to the mythic role of noble TV coach.

The truth is that in the real world of organized football there are many apologists and zero Coach Taylors. Good leaders are few and far between in general, and in wildly rich organizations with storied histories of turning a blind eye to festering immorality (the Catholic Church, anyone?), they are pretty much extinct. Yet in the midst of the NFL’s violence having come to light—Minnesota Vikings star Adrian Peterson was recently indicted on child-abuse charges after “disciplining” his four-year-old son with a tree branch—pundits and activists are lining up to mete out blame for the incident and others like it, not to the athletes responsible or the cowardly leaders vying to protect them, but to the sport of football itself. In his new book Against Football: One Fan’s Reluctant Manifesto, sports writer and one-time NFL fan Steve Almond connects America’s love of the game with violence, racism and homophobia.

Then there’s Margaret Wente, writing in the Globe and Mail: “Why should the private misconduct of these men surprise us? Football players are trained for focused violence. They are prized for their combination of athleticism and brute force. They’re programmed to run at each other at full speed and knock each other down, as hard as possible, over and over again.”

Follow this logic, and football players are also programmed to bring their work home with them; to exhibit the aggression they show on the field, to the detriment of family members. Follow this logic and you are forced to equate competitive edge and athletic passion with malicious intent. It’s tempting to buy this theory in part because it comes with an explanation for domestic abuse. Yet it omits, rather conveniently, the fact that men who compete in far less aggressive sports commit unspeakable acts of violence too. Famed South African runner Oscar Pistorius shot his girlfriend; last week, Charlotte Hornets forward Jeff Taylor, of the NBA, was charged with domestic assault.

Placing blame on the nature of the sport is not only fundamentally unfair to the vast majority of football players who do not abuse their loved ones, it is also inadvertently sympathetic to the Ray Rices of the world. If the sport is at least partly to blame for the crime, then the violent athlete is given an out. It isn’t his own moral failing that is ultimately responsible for his crime, but the violent culture in which he was reared. If this culture-causes-crime theory sounds familiar that’s because it is. The phenomenon of rape culture—the notion that everything from pop music to literature contributes to sexual assault—is all the rage these days. Its history, however, and its implications, are troubling.

In a little-known 1975 documentary called Rape Culture—one of the first instances in history where the term “rape culture” is believed to have been used—Washington feminists interview a group of convicted rapists about their reasons for offending. Each man uses the then brand-new theory of rape culture to explain why he committed sexual assault. One man cites his exposure to pornography. Another one references sexism in the movies. They use culture as a crutch to appear less culpable.

When we talk about football or hockey as innately violent sports, we extend the same crutch to truly violent men like Ray Rice, who have nobody to blame for their horrendous, evil behaviour but themselves. We give them an alibi they don’t deserve.