Moderna’s Patricia Gauthier is preparing Canada for the next pandemic 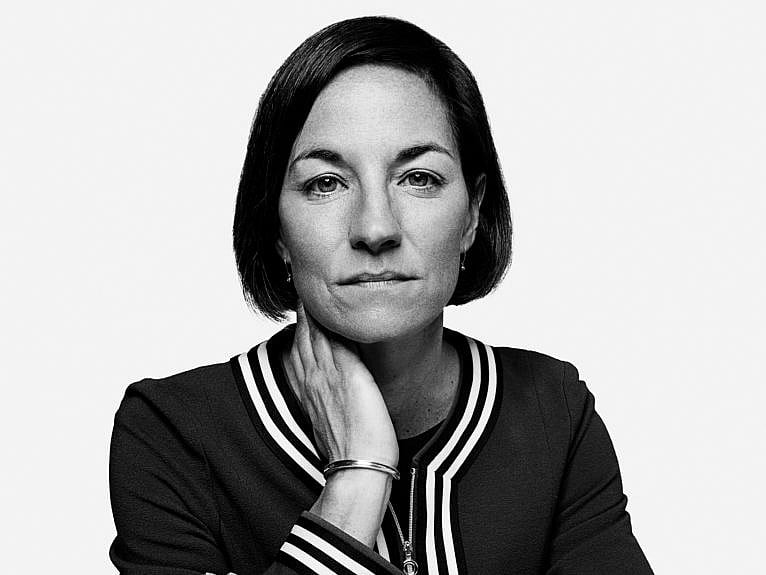 In November of 2020, Patricia Gauthier walked away from her post as head of vaccine business at pharmaceutical giant GSK to become the general manager—and first employee—of Moderna Canada, a subsidiary of a decade-old U.S. biotech company that had yet to bring a product to market.

Gauthier, a Quebec-born lawyer who lives in Etobicoke, in Toronto’s west end, had no office, co-workers or blueprint for the task ahead: overseeing the Canadian approval of a new kind of vaccine, then bringing millions of doses into the country at lightning speed.

Eighteen months on, nearly 30 million doses of Moderna’s Spikevax have been distributed in Canada. In April, the company laid a big bet on this country, announcing plans to open a facility in Quebec by the end of 2024 to manufacture mRNA vaccines for COVID-19 and other viruses.

In May, on her first day at Moderna’s new Toronto headquarters, Gauthier spoke with Maclean’s contributor Christina Frangou.

When did you realize this virus would change your life?

The big moment was when I joined Moderna. It was six months into the pandemic and three weeks before Moderna received approval from Health Canada for its COVID-19 vaccine. The mission was clear. I was not only taking on a new job but creating Moderna Canada from scratch in my home.

Did the company come to you? Or vice versa?

A bit of both. I’m very curious. I always read up on new companies and technologies, and I was looking for my next challenge. Moderna caught my eye when they secured their first contract with the federal government in July 2020. I read in La Presse that CEO Stéphane Bancel said the company will open affiliates around the world—10 in the next two years. There was no Phase 3 clinical trial data as I was interviewing. It was like a bungee jump. I was going from a very secure role to taking a leap of faith.

When you became general manager of Moderna Canada, you were working from home, in the same house where your two kids were going to virtual school. What was that like?

I was just asking my daughter about this the other night: do you recall when we would go for walks after dinner because that was the only thing we could do?

The first thing was accepting that nothing was going to be perfect. I told my kids and husband that I’d be working a lot more. I’d need everybody to step up and be more autonomous. But when you give space to people, it’s phenomenal what they can do.

Working from home had its challenges. The kids were going through homeschooling. I’m fortunate they love school—it was not a battle each day. I had the benefit of being able to have dinner with them every night.

Were your kids aware of the stakes at your new job?

When I got the offer from Moderna, I also had offers from my previous company to move to London or the U.S. I asked my girls, who were seven and nine at the time, for their thoughts. Either we move and work remains the same, or I stay in Toronto to build a company from the ground up and participate in the effort against a pandemic, and I work a lot more. My oldest said, “Mom, I really want to stay here, but I don’t know how you can work more.” I was, like, “Watch me. You’ll see.” They knew, and were supportive.

You were thrust into the spotlight as Canadians were demanding vaccines. Moderna had barely started producing its vaccine at commercial scale, and supplies were extremely limited. How did you deal with that pressure?

I have never done as much media as I did during my third week on the job. It was a learning-in-the-moment experience. The scrutiny and external pressure were high. I had to learn to focus on what was critical.

I felt capable and confident. We were very transparent with the government as to where the situation was. We didn’t even have a manufacturing supply chain a year earlier, and we felt every bump along the road. While these bumps were not pleasing to the public eye, I knew we were doing everything we could to bring vaccines to Canadians. We turned every stone, including bringing vaccines from the U.S. in June last year so everybody could get their second-dose summer, as the Prime Minister had promised.

What do you mean by “turned every stone”?

Did you have to convince American colleagues of the necessity of getting doses into Canada?

Moderna had to fulfill its obligations to the United States, but Canada wanted to be the first in line after the Americans. I’d been working hard to make sure this country was always a priority market, so that any time we had capacity out of the U.S., Canada was top of mind.

Before the pandemic, was this country’s lack of domestic biomanufacturing an issue?

For as long as I’ve been in pharma, the federal government has had a pandemic influenza strategy that includes having onshore manufacturing sites, which they have with other drug makers. I was part of that at GSK.

What we didn’t have in Canada—and other countries did not have either—was a pandemic plan for Disease X, the potential pathogen that can become a pandemic. In 2019, Disease X was SARS-CoV-2. That’s where we’ve tried to create a new solution with the federal government. Our platform, mRNA, enables us to develop vaccines with speed, bring them to clinical trials and scale up manufacturing. It’s a paradigm shift from where we were before.

What vaccines will be made here?

Pending Health Canada regulations, we are planning for the COVID-19 vaccine and updates to the COVID-19 vaccine, which include a potential bivalent vaccine we are working on. The vaccine we have now is designed for the Wuhan strain. The bivalent vaccine will be for Wuhan and Omicron together. It gives some cross-protection against other variants of concern and increases antibody response. We are also planning vaccines for influenza, respiratory syncytial virus, and combinations. We could have a COVID-19–influenza combination vaccine.

Moderna made global commitments to focus on 15 priority pathogens, including HIV. By working with experts for these viruses, we can build a library of vaccines for them in the early stage of clinical trials. Then, should there be a pandemic, we can quickly move them through later phases of trials and seek approval.

But we need to have a manufacturing site that is always pandemic-ready. You do that by keeping the site warm, manufacturing vaccines for other respiratory diseases that use the same platform.

The current vials from Moderna have 10 to 14 doses. There’s a lot of wastage in Canada when vaccinators open a vial. Will this change?

Absolutely. The 10-to-14 is the pandemic package, because we wanted to bring as many doses as possible, as rapidly as we could. The 14s were coming from the U.S. It was not the typical Canadian package. We are moving to a five-dose vial that will be available once approved.

The Council of Canadians and others have said the Montreal-area facility will not address global vaccine inequity. What’s your response?

There’s no silver bullet to vaccine inequity. That’s an issue we take to heart at Moderna. We are building a manufacturing site in Kenya to support Africa. We have pledged not to enforce our patent during the pandemic for the Gavi AMC countries. They’re the 92 low- and middle-income countries in COVAX, an international initiative aimed at providing equitable access to COVID vaccines. We have a tiered pricing system, where we sell to Gavi and developing countries at a much lower price adapted to the GDP in their country.

The manufacturing site in Canada will contribute to building capacity across the world. We hope that, should there be a future pandemic, the world will be more ready.