These are the provinces where the opioid crisis is growing fastest

How those numbers break down by provinces varies significantly. The territories and western provinces have some of the highest rates in the country, while eastern Canada has some of the lowest.

The following charts show the state of Canada’s opioid crisis.

The most recent opioid hospitalization rates per province: 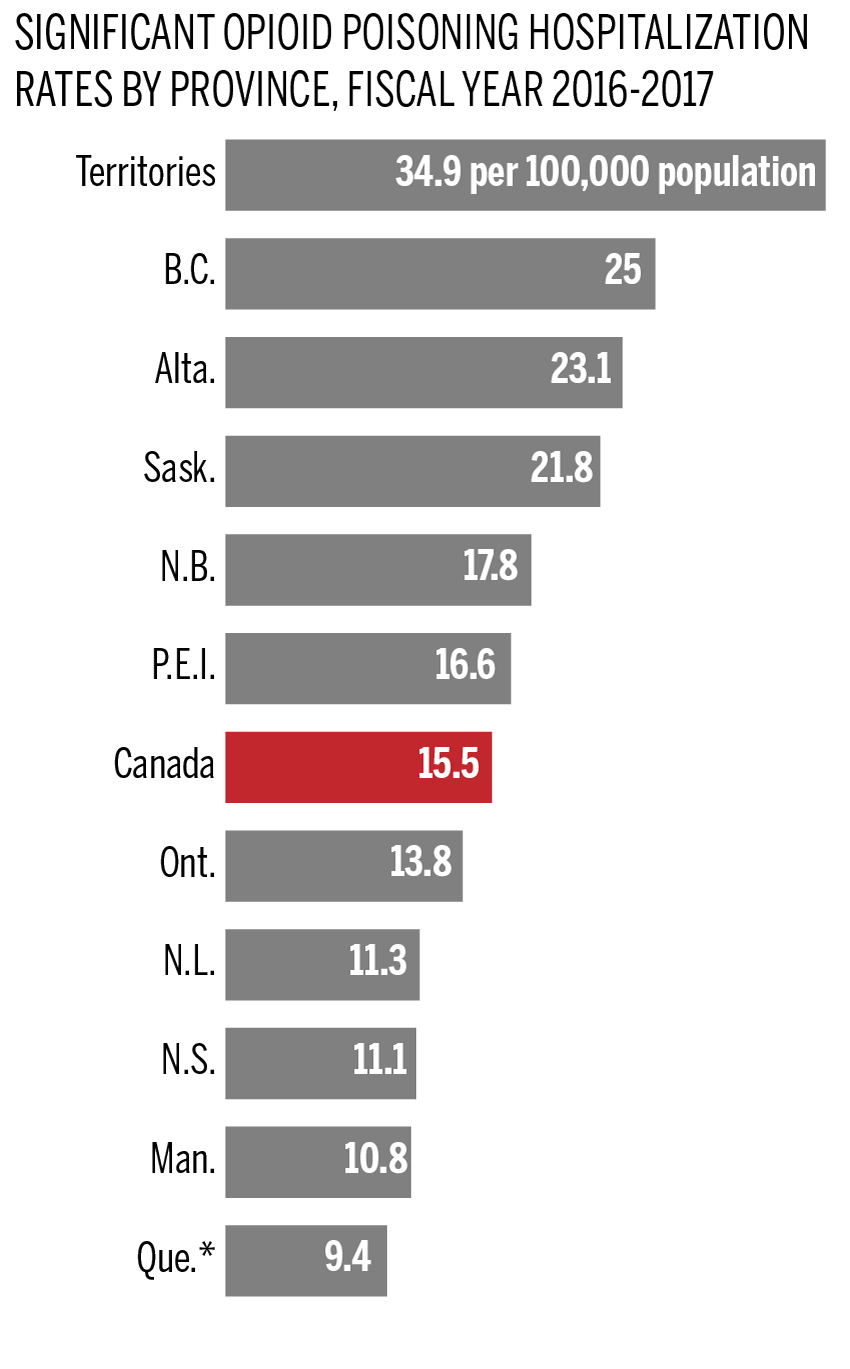 How opioid hospitalization rates have changed in each province over the past 10 years: 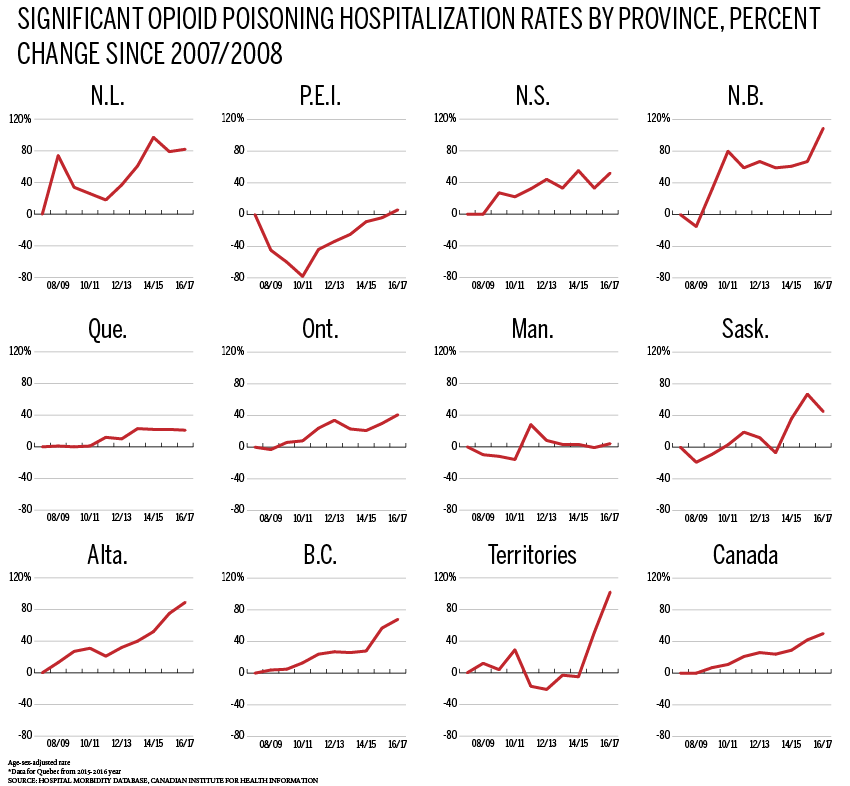 Of Canada’s 10 largest cities, Edmonton has the highest hospitalization rate for opioids: 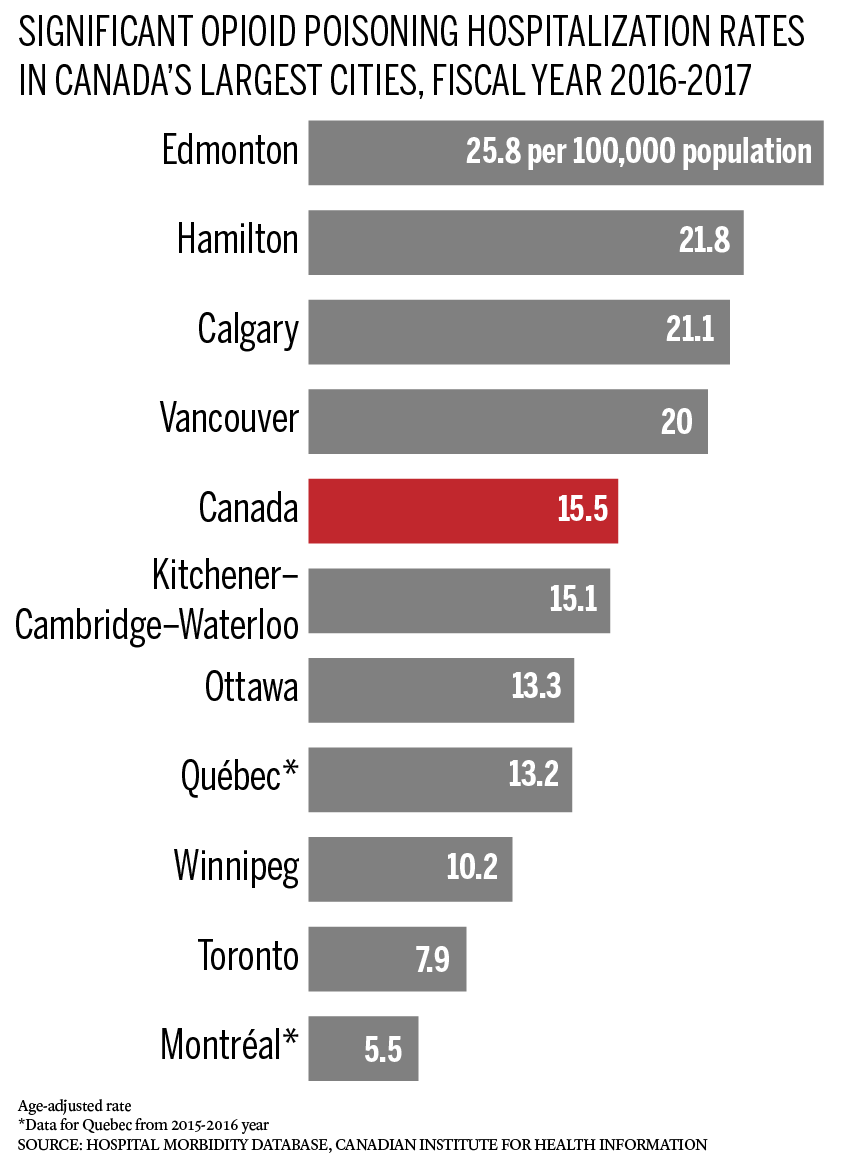