They can be a lifeline for patients and doctors alike. But right now, only 800 are certified in Canada. 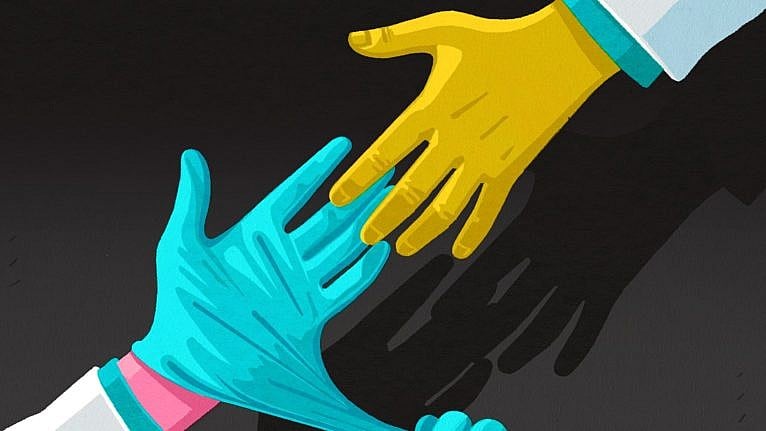 I’ve been a physician for 21 years now, working across Canada in pediatric medicine. Five years ago, I moved to the Yukon to practise. I’ve witnessed firsthand the fallout resulting from a lack of medical services. I’ve spent 72-hour stretches at the hospital, dealing with sick children, because there was no one else who could provide the level of care they needed. I’ve been stranded with critically ill kids waiting for MedEvac, because the only way out of the Yukon if you’re sick is by plane. These are the kinds of resource limitations that people in urban centres like Toronto or Calgary wouldn’t normally think about; that is, until the recent spate of emergency-room closures.

In a universal health-care system, general practitioners are often the only professionals whose services are fully covered, but they’re not necessarily experts on everything. Patients might need dietitians, social workers or regular check-ins with a nurse, all of which can be part of integrated-care clinics. The Canadian medical community has been advocating for more of a team-based approach to health care for 25 to 30 years—as opposed to siloed practices, with a single doctor at the top. The whole premise of the Canadian medical system hinges on the idea that everyone has a physician who quarterbacks their care—which, ideally, lessens the burden on the system. The reality is that millions of Canadians are without a family doctor. Reports of burnout among health-care professionals have increased dramatically in the last five years, and where we’re seeing that most acutely is in primary care. Doctors need help, too.

In the rush to recruit more doctors and nurses, the role of physician assistant, or PA, has been overlooked. The position has existed in the Canadian military since the 1950s, but right now, there are only about 800 certified in all of Canada, many of whom are haphazardly employed across hospitals and smaller practices. Those numbers pale in comparison to rates in the U.S. and across parts of Europe. Right now, McMaster University, the University of Toronto and the University of Manitoba are the only Canadian schools that train physician assistants, and these four-year programs graduate a combined total of just 70 students each year. With about 2,000 applicants annually, they could consider expanding their acceptance rates.

In an optimal situation, every family doctor would be paired with a PA. They can take medical histories, examine patients, write prescriptions, order diagnostic tests, send referrals and stickhandle follow-up appointments. They can act as a touchpoint for patients between visits, asking simple things like, “Ms. Jones, how’s your blood glucose this week?” or managing complex care plans for chronic diseases, like obesity. A PA is effectively an extension of the doctor, who, with an assistant’s help, can care for more patients without necessarily having to do it all themselves. They can just look at a PA-created care plan and say, “Yep, sounds good.” These shadow doctors can also take care of paperwork throughout the day—physicians will no longer have to go home and spend five hours on the computer after their kids go to bed. For a burnt-out doctor, it’s like, “Wow, I like my job again!”

The administrative burden on doctors is far and away one of the biggest issues in primary care right now. It’s also unpaid work: in Canada, the vast majority of GPs operate under a fee-for-service model, and there are no reimbursement codes for paperwork. That’s a lot of free labour if you’re seeing 30 or 40 patients—and writing up 30 or 40 charts—in a day. In fact, 50 per cent of doctors are regularly doing tasks that are well outside their scope of practice, in part because Canada is slow to fund integrated team-based care, which could cover the salary of a full-time PA.

In our current fee-for-service world, primary-care providers operate clinics under a small-business model. The government pays them for the services they deliver directly to patients—not for assistance by other team members. From that single pool of money, doctors have to fund the entire cost of running their clinics: the rent, the staff and the equipment, right down to the internet. It’s a bit like asking teachers to pay for the school building they teach in, paying them per lesson and having them use that money to fund the paper and the desks.

Compounding this problem is the fact that billing rates haven’t kept up with the cost of providing this infrastructure, especially with rising inflation. In British Columbia, for example, the average fee for a basic check-up has only increased by six dollars in the last 20 years. So the only way to generate more revenue for your already overburdened clinic—and to pay for extra staff—is to see more patients. Of course doctors today are looking at that arrangement and considering a career change.

This payment model is a huge barrier to transforming the Canadian health-care system into something more collaborative, but there are still examples of innovation popping up. In Ontario, a fifth of the province’s patients belong to family health teams, which have established salaried staff positions, subsidized by government dollars. Waitlists are long, but patients at those clinics are seeing fewer emergency-room trips and better health outcomes.

MORE: I’ve only been a nurse for eight months. The chaos is killing me.

Another payment framework that’s been effective is capitation. Under this model, doctors and their broader teams are responsible for a set number of patients per year, and they’re paid to look after each one on an annual basis. Patients with more complex needs, like the elderly, come with higher pay. In that scenario, doctors are better able to focus on caring for those patients in concert with their staff, rather than on whether they’ll be able to bill for a blood-pressure check—and who is even allowed to do it.

According to a report by the Conference Board of Canada, the estimated worth of physician assistants to the health-care system could be $1 billion in just over a decade. But their value isn’t just quantifiable. It’s relational, too, which is what medicine is all about. In 2022, patients are particularly vulnerable to pseudoscience from wellness influencers. Because these accounts are always available online, in a way that physicians aren’t, patients are inundated with health information that’s misleading and, in some cases, outright dangerous. Having a PA available who could field questions with a timely response, even via email or messaging services, would improve patient access to strong, science-based resources. PAs can be a lifeline before people get sick.

There are growing signs of enthusiasm around hiring PAs. Newfoundland and Labrador’s health department says it’s studying how this role could be implemented, but has yet to define how or when they’ll be regulated and rolled out en masse. In any case, more hands means less burnout for doctors themselves. Because of our strapped system, there’s less—or no—time for patients and doctors to build relationships.

The privilege of medicine is that people trust us with the most intimate details of their lives. Our role is to walk the road with them, but even doctors are sometimes forced to confront their limitations. When we’re overwhelmed, we don’t feel like we’re doing a good job and we can’t give the patient the care they need. And what’s in the best interest of physicians is in the best interest of patients. In that way, our fates are intertwined.

Katharine Smart is a former president of the Canadian Medical Association. She currently practises pediatric medicine in Whitehorse. 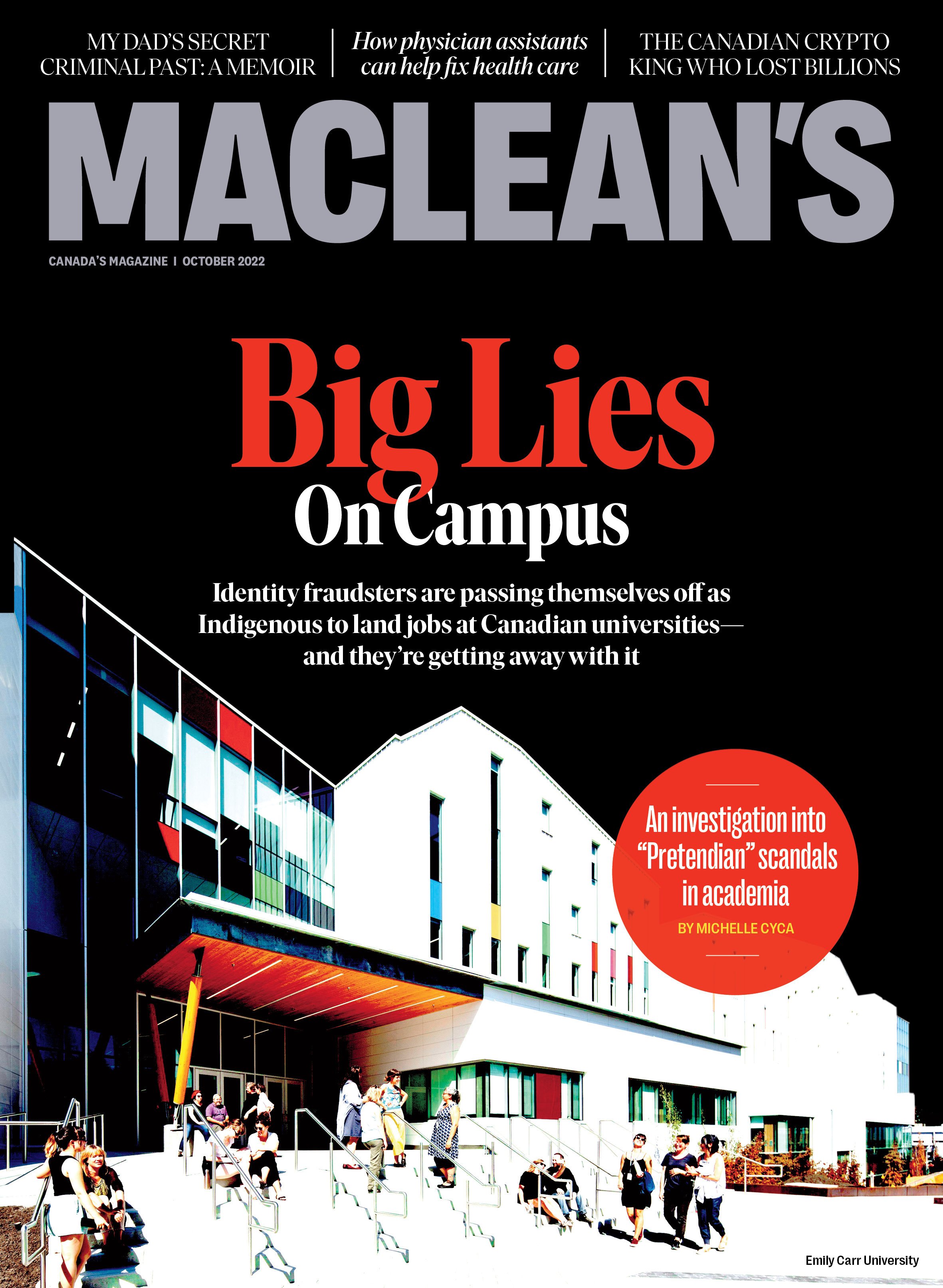