I’m an immigrant living in Quebec. Bill 96 is making me reconsider my future here.

The controversial Bill 96, which enacts French language reform laws across Quebec, is making non-French-speaking immigrants like Alena Matushina reconsider their future in the province. 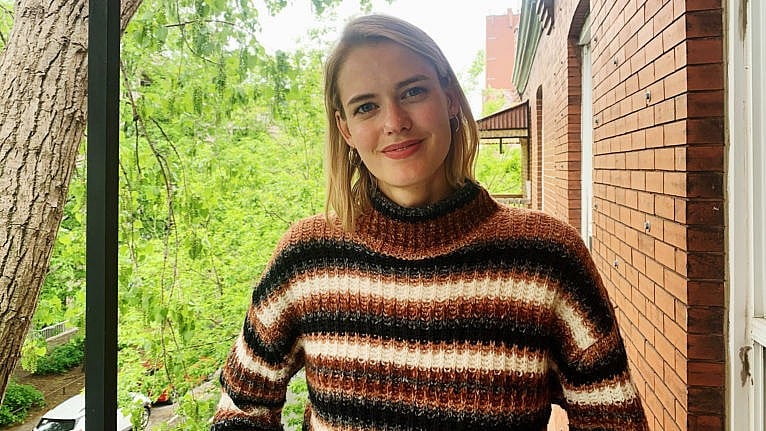 Unable to return to her studies in China due to COVID-19, Russian native Alena Matushina, 27, found a new home in Montreal. But her plans of settling in the predominantly French-speaking city may have to change with the implementation of Quebec’s Bill 96, which was passed by the provincial legislature on Tuesday. The bill will make far-reaching reforms to various publicly owned sectors in an effort to affirm French as the province’s official language. The bill will also force immigrants to communicate with the government solely in French six months after they arrive in the province. With the current political climate in her home country, neither Russia nor Quebec appear to be viable living options for Matushina.

—As told to Tara De Boer

I left Russia in 2013 to study in England, then I went to China in 2014, which is where I met my boyfriend, who is from Montreal (we were both international students at the time). When the pandemic started, I decided to come to Montreal in 2021 and stay with him and his parents. Having not been able to go home to Russia, I started to consider Montreal as a place to build a home.

My first language is Russian, English is my second language, and my third language is Chinese. I studied a little bit of French in my undergraduate degree, but I’m still at an elementary level. When we became very serious, he said, “If you ever want to make this work, you will have to come to Montreal and learn French.” And now that I’m here, I see what he means—you do need to know the language.

I love the French language. I think it is beautiful. But at the same time, it’s an added pressure to learn another language in order to integrate and find a job. So, to be completely honest, the passing of Bill 96 has me reconsidering whether or not I would be able to build my future here.

MORE: My escape from Ukraine to Canada

It takes years to learn a language. It took me nearly a lifetime to learn English. I started learning when I was five and I am now 27. And I still make mistakes. Six months—the amount of time the provincial government will give new immigrants before making them communicate solely in French—is not enough.  I see where they are coming from with implementing Bill 96—French is an important part of the culture here and they are trying to protect it. But it’s already hard enough immigrating and coming to live somewhere new. Now they’ve made it infinitely harder.

Once I realized I couldn’t go home to Russia, I started the application process for my permanent residency. I have been gathering many documents for the last three months, medical exams, police certificates and proof of identity. I have also had to gather about eight letters of recommendation from friends. Once I apply, it will be another six months of waiting. Before then, I would have been better off living in Moscow, where I did not need to learn a new language, where I had friends, and where I don’t have to feel awkward when my boyfriend speaks French.

Without permanent residency, I cannot apply for the free French classes that the government provides. So I’m learning French on my own using a textbook. I’m planning on paying for courses through McGill, which cost between $1600 and $2000, not including books. Considering rent is already high, these expenses are difficult to afford.

The thing that scares me most about Bill 96 is that in the courts or in hospitals, it may be much more difficult to access services in English. That is a scary thought—not just for me, but for all non-French-speaking immigrants across the province. Those are the situations when you are most vulnerable, when you are most scared for your health or legal status. Not being able to express yourself or understand what people are saying is restrictive to my freedom. As a non-French-speaker in Quebec, I feel like I am a second-class citizen.

My biggest fear right now is that I will be going through this whole application for permanent residency, which takes about a year, and I’ll pay over a thousand dollars for it, only to then apply for jobs and get a refusal letter because I can’t speak fluent French. I’m worried.

Currently, I teach English to Chinese children through my online school, which I run myself. Being self-employed gives me the flexibility and spare time to apply for my permanent residency. My degree is in international relations, and I’m hoping to get a job in that industry one day. But in order to work in foreign affairs, I will need to learn French.

RELATED: Scenes from the war in Ukraine

My goal is to be able to apply for jobs here in Montreal rather than work online. I want to feel like I’m integrated, like I’m part of the system. I want to call it my home, and right now I can’t. Sometimes I consider going home to Moscow. Here, I just feel like I’m not good enough because I do not speak French.

My friends are mainly anglophones. I feel that they will be unhappy that the bill has passed. I think it will cause unrest and protests. It really feels like my chances of getting a job or integrating into Quebec society are shrinking. Before Bill 96, I had a choice between living in Moscow and living in Montreal. I don’t know where else I can go.