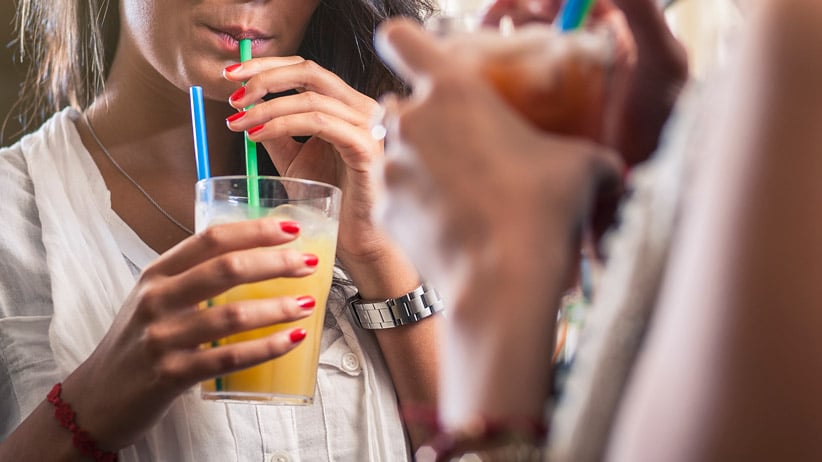 A few weeks ago, an underground party venue in Toronto that I sometimes frequent issued a statement on its Facebook page informing patrons about a new policy: Due to a recent rash of “roofie” incidents at the bar, they were asking that people who need to step away from their drinks for some reason leave them at the bar to be monitored by staff. Daniel, one of the venue’s organizers who helped to come up with the policy (he requested that I use his first name only) says the roofie incidents began in July; he thinks there have been three or four. “Nothing has resulted in date rape,” he says. Nothing, he adds, that he knows of.

When I returned to the venue after the policy was put in place, I saw a young woman in a fluorescent orange vest, roaming the dance floor like a school crossing guard, looking out for anything “sketchy.” Her official title: “night life guard.” This was a makeshift bar with dubious legal status, a roofie problem, and a bouncer the size of Muggsy Bogues, yet I felt safer here than I had in any mainstream establishment. Why? Because it was uniquely reassuring to encounter a proactive response to the threat of date rape, a response rooted in reality, not theory—the prevailing feminist theory, for instance, that the best antidote to sexual assault is one that “teaches rapists not to rape.”

Preventative measures like these aren’t exclusive to DIY dance parties; they’ve also cropped up on the tech market, with the development of anti-date rape prophylactics such as Boston-based DrinkSavvy’s “drug-detecting cup,” which changes colour when such drugs as GHB and Rohypnol touch its surface, or the “personal drink ID,” a USB-sized device that can detect a variety of substances when it’s dipped in liquid. The personal drink ID’s Toronto inventor, David Wilson, says the device, still in the prototype and funding phase, will operate like the customer-review website Yelp: Not only will users be able to test their drinks for drugs, they’ll be able to share their results online to determine the roofie rate at a given venue. “It will appear on a map,” he says, “so that if you were walking past a bunch of bars and the device told you there were 10 positives [roofie incidents] at those locations, you might think twice about going in.” And targeted bars might think about changing their cultures.

Wilson, who’s passionate about social justice, hopes to sell his product to universities across the country: “We’d tell student unions: ‘We’d like this to be a part of your frosh kit and, if you promote us, we’ll take X dollars from every sale and put it toward your sexual assault program.” He’s aware, however, of the challenges his project could face in the current campus climate. “Ultimately, I’d like to see this as a female-run company,” he says, “because, if I were to stand in front of an audience, I’d look like the enemy. I’m male and in my 50s.”

Indeed, the most baffling, yet predictable, reaction to Wilson’s product, and products like it, has been from mainstream feminists. American feminist activist and writer Jessica Valenti came down hard on anti-date-rape technology recently, specifically, a drug-detecting nail polish invented by American start-up Undercover Colors (paint your nails with the solution, dip one in your drink, and it detects drugs). Valenti believes any prevention strategy that’s directed at would-be victims as opposed to would-be assailants is fundamentally flawed, since women who choose not to make use of a particular prevention technique might be blamed for having left themselves open to attack in the event they are raped. “Even if a woman were to wear special nail polish or anti-rape underwear, or if she listens to common—but misplaced—advice about not getting drunk and always walking home in a group, all she’s supposedly ensuring is that she won’t be attacked,” she wrote in the Guardian last week. “What about the girl at the same party who decided to have a few drinks that night? ‘So long as it isn’t me’ isn’t an effective strategy to end rape.”

There you have it: According to mainstream feminism, the only worthwhile defence against rape is a sweeping cultural one that seeks to prevent not one rape, but all rape as we know it. Unfortunately, though, culture is a slow-moving thing. Come Friday, soulless losers will still be spiking the punch. Yet it seems Valenti would advise a woman not to wear drug-detecting nail polish to a frat party so that someone else won’t be unduly criticized. She’d prefer women be martyrs in the cause against victim-blaming and rape culture than take measures to prevent their own rapes.

Meanwhile, there will always be jerks around who blame sexual-assault victims for everything, from dressing provocatively and forgetting to wear protective nail polish—to walking down the street while female. We shouldn’t refrain from embracing methods that have the potential to prevent rape on their account. They don’t deserve that kind of power. If only our feminist leaders would stop giving it to them.