Letting kids roam: What's allowed, where, and at what age

Leaving kids unsupervised is a legal grey area. But in some places—like airplane cabins and the parking lots of Quebec—the rules are hard and fast 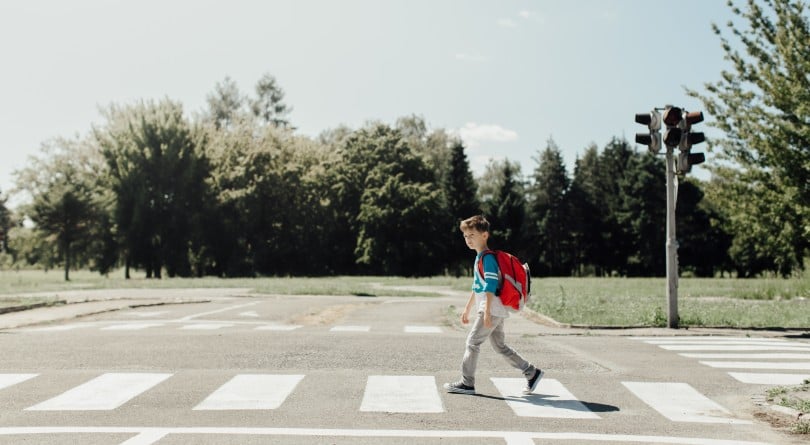 In an age of safety-obsessed child-rearing, there are many rules and laws that determine what kids can and can’t do while unsupervised—even the age that legally defines a child varies by province. What’s done in practice can differ sharply from what’s officially required, but it still helps to know the rules. And it’s always best to ask. From flying alone to babysitting, here’s how independent children can be without their parents in different parts of the country:

Only three provinces—Ontario (16 years old), and Manitoba and New Brunswick (12)—have established minimum ages for leaving a child home alone. But social services agencies typically advise that no child under 12 should be left unaccompanied at home. Six provinces and one territory define a child as someone under 18, while 16 is the norm for five others, including Nova Scotia and Nunavut. British Columbia and New Brunswick are the only two provinces where young adults are still considered kids if they’re under 19.

When it comes to leaving kids in the car unattended, Quebec is the only province with a minimum age: seven years old (whatever the age or place, proper ventilation is a must).

This is a key source of parental confusion over what age, and in what circumstances, children can be left unsupervised. There’s no minimum legal age for when children can become babysitters in Canada, and it’s not uncommon for them to start as early as 12. The Canadian Red Cross offers a babysitting course for kids between 11 and 15—a program focused on child caregiving, first aid, injury prevention and leadership and business skills.

Canada’s Wonderland in Toronto has no age requirement for kids enjoying the amusement park without parents, but a spokesperson says if a child appears “unreasonably young” to be alone, “staff will intervene to ask if they’re lost, if there is a parent nearby; if not, we’ll take steps to contact a parent or guardian to help ensure that child’s safety.”

This policy differs from other theme parks around the country. The Pacific National Exhibition in Vancouver, which hosts Playland and The Fair, requires children under 14 to be accompanied by an adult. But there, as everywhere, child-welfare laws still apply. So parents dumping young kids at a theme park for a day might wind up being reported anonymously and investigated by social services.

From Today’s Parent: This new urban adventure camp will teach kids how to navigate the big city

At Cultus Lake Waterpark, the largest of its kind in B.C., kids under eight must be supervised. In Edmonton’s public pools, children under eight also have to be accompanied by someone 15 or older.

Like theme parks, most pro sports teams trust the judgment of responsible adults. According to the Rogers Centre, allowing children to attend a Toronto Blue Jays games without supervision is at the discretion of parents—there is no minimum age requirement and no special service offered to kids watching independently.

Air Canada’s unaccompanied minor service is not available to children under eight years old; instead, they must be travelling with a passenger who is 16 or older. However, the service is mandatory for kids eight to 11 who are flying alone, and listed as optional for those between 12 and 17.

On Greyhound buses, anyone under eight years must be with someone at least 15 or older. Kids between eight and 14 can ride the bus alone, but there are certain conditions that must be met, including: the trip’s duration can’t be longer than five hours, children can’t transfer from one coach to another and the trip must begin in daylight and end at 10 p.m., among other rules.

Despite Vancouver not having a minimum age for unsupervised children, the issue remains blurry when it comes to public transit. Last year, a local dad and parenting blogger was ordered by the province to stop allowing his kids—aged 7, 8, 9 and 11—to ride the bus to school alone. He was told that a child under 12 could not be responsible for the younger companions without parental supervision. The Toronto Transit Commission (TTC) does not have a policy for unsupervised minors—the decision to let kids ride the bus, streetcar or subway is up to parents.

Teenagers have more options. At 16, a person can ride an electronic bike on Ontario’s public roads.

READ: I am not overprotective–I lost a child

Children’s movie tickets at Cineplex, the country’s largest theatre chain, are available to kids aged three to 13. Unsupervised youngsters in that age category are allowed to buy tickets to a G-rated movie. While there’s no formal policy regarding the age a child must be to attend a movie alone, Sarah Van Lange, Cineplex’s communications director, says there are safety and security policies in place to help younger guests who are unattended.

In New Brunswick, Northwest Territories, Nova Scotia, Nunavut and Quebec, there is no minimum working age. But the laws of most provinces, along with the Canada Labour Code, require that jobs for children do not interfere with school, and in some cases prohibit dangerous work and require the employer to obtain a permit.

For Alberta and Manitoba, where the working age is 12, compared to 14 in most other provinces and territories, there are set numbers of hours a child is allowed to work on school nights, which usually includes no working overnight. In the case of B.C., kids can technically enter the workforce as early as 12 years old or younger, but a child employment permit from the director of employment standards is needed. Still, all employees under 15 must be supervised at all times by someone 19 or older.