May we tell you about the specials this evening? It's me

It sounds like hipster parody, but the ThisFish program–which tells you how your fish lived and died–is a sign of the times 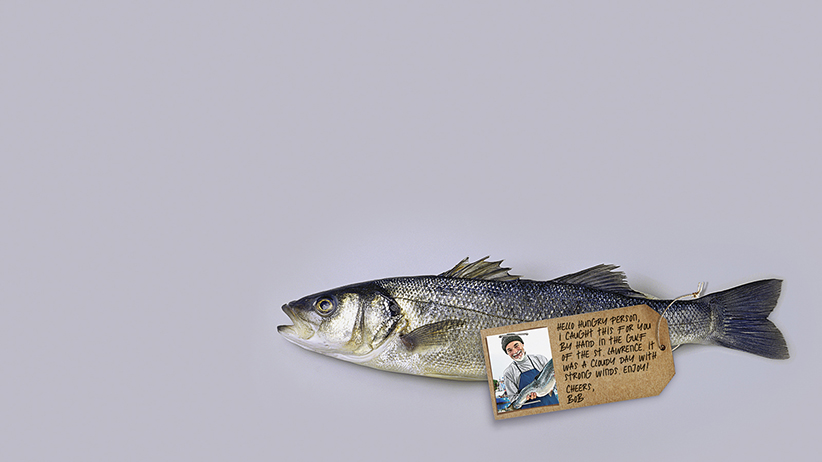 At the small fish shop Hooked, in Toronto’s Kensington Market, the salesman wrapped the tail end of my wild-caught king salmon in brown paper, then jotted down a code: A432273. As instructed, I keyed it into a website called ThisFish.info. Until that moment, I’d had the odd brief exchange with the trout fisherman at a local weekly market, but this experience was more along the lines of discovering a Melville-esque account of that night’s dinner.

It started on a personal note: “Your king chinook was harvested by Evan Martin off Kyuquot Sound and landed fresh in Zeballos, B.C.” Every fish purchased through ThisFish has a story. This one’s was that it was harvested in mid-April using hook-and-line troll, meaning it was individually hooked and hauled aboard by hand. King chinooks, I was told, typically weigh in at more than 14 kg, and have a velvety texture and an almost buttery flavour. Then there was the matter of getting to know Evan Martin, skipper of the Arctic II, who has 39 years under his belt at sea; there was a friendly photo of him, and an email. I met the processor next: 7 Seas, which merged with Pasco last year; both are committed to “a transparent approach.” The last link was Hooked, where I bought the fish, which notes that this was the first spring salmon of the 2014 season. Each category offered “more info,” but, as my appetite increased, I stopped reading and started cooking.

While it may sound right out of the hipster-parody show Portlandia, ThisFish is a traceability program that connects fishermen and processors, retailers and, ultimately, consumers. Using social media and videos uploaded at sea by fishermen, it’s the latest step in the movement to “know your farmer.” But, unlike the 100-mile mission, ThisFish sources its products as far away as Indonesia and Iceland. It’s a reflection of the industry, where a fish may be caught off the coast of Atlantic Canada, processed somewhere in the China Sea and then shipped frozen to just about anywhere. Most of that product has little or no record of provenance; it arrives as “fish.”

About six years ago, a group of small-scale fishermen approached the non-profit group Ecotrust Canada with an alternative. It starts with the fishermen, who identify the catch with a code or tag. Individual digital dashboards at ThisFish monitor tracing activity, such as the details of the catch. The information is uploaded onto the website, then details are added about processing and shipping. Finally, the code goes from retailer to consumer or chef, and the tale is served up.

ThisFish supplies big and small retailers, including Sobeys, and about 25 restaurants, such as Starfish in Toronto and the River Café in Calgary, with everything from Atlantic butterfish to halibut, lobster and scallops. Robert Clark of C Restaurant in Vancouver says in a video that ThisFish enabled him to source lingcod for his menus. “I love lingcod,” he says, “but I didn’t have any way of being sure where it was coming from.”

The concern is not only disappearing ocean stocks; the global fishing industries are increasingly under fire for illegal harvesting and misinformation. The Guardian’s recent six-month investigation into the prawn business in Thailand traced shrimp carried by chains, including Wal-Mart, to conditions of slavery on fishing boats. Indefensible practices effectively keep the shrimp low-cost, it argued.

“Without traceability, it’s impossible to know where, who, when, and even what [our seafood] is,” says chef Ned Bell of the Four Seasons Vancouver Yew Bar. Last year, the environmental group Oceana found that a third of all fish and seafood sold in U.S. cities was mislabelled. And the Marine Policy agency found that around a third of wild-caught seafood imported into the U.S. is likely illegally harvested. President Barack Obama announced a program last month to fight the problem.

If it all seems too tangled a web, ThisFish offers relief. The site’s invitation to write directly to the fishermen has proven overwhelmingly popular. Ecotrust’s Tasha Sutcliffe says, “We’ve had some challenges about the level of transparency, and some concerns about expectations, but, by far, the biggest response is ‘Thank you.’ Most everyone just wants to write in with a simple thank-you.”