The downside of our new belief in belief 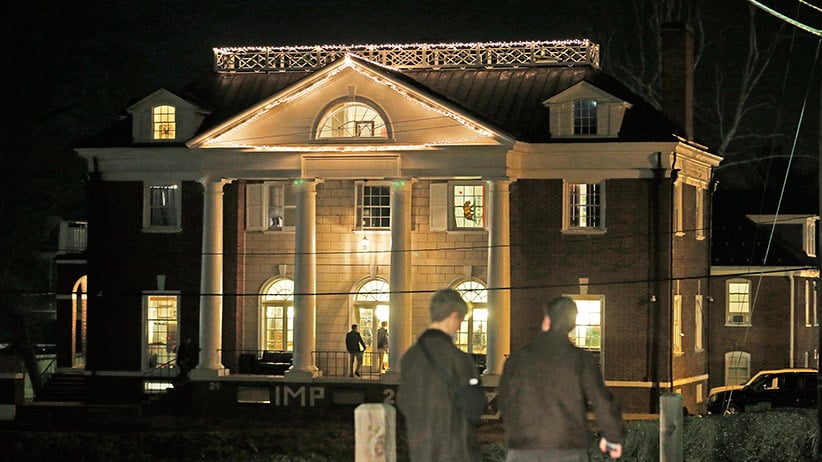 Listen to Emma Teitel read her columns, or subscribe to Maclean’s Voices on iTunes or Stitcher for on-the-go listening:

Last November, Rolling Stone magazine published a sensational story by freelance writer Sabrina Rubin Erdely, titled “A rape on campus.” Erdely’s article recounted, in graphic detail, the alleged gang rape of a University of Virginia student named Jackie, who claimed she was sexually assaulted by seven men at a house party at UVA’s Phi Kappa Psi fraternity chapter in September 2012. The story, which portrayed the university’s administration as lackadaisical about the “rape culture” apparently pervasive on campus, garnered more than 2.7 million online views, as well as international outrage. In the days following the story’s publication, UVA suspended all fraternity activity on campus, while activists demonstrated nationwide against said rape culture—an epidemic they believed to be rooted in the fraternity system. For a moment it looked as though “A rape on campus” would go down in history as a sort of a feminist Stonewall.

The moment was stunningly brief. Almost immediately, media began to question the veracity of Erderly’s article. Hanna Rosin of Slate, one of the ﬁrst reporters to talk to Erdely, was suspicious of Jackie’s account of the assault and its aftermath because it wasn’t just horrific—it was psychotic, like an especially heinous episode of Law & Order: Special Victims Unit. Jackie’s friends, whom Jackie claimed cared more about their social status than helping her, were described by Erdely as insensitive, even cruel. Their remarks, as relayed by Jackie, were suspiciously perfect sound bites for a public service announcement about what not to say to your recently assaulted friend.

In retrospect, this makes a kind of sense: “A rape on campus,” was mostly a one-source song. Erdely, astonishingly, did not interview any of Jackie’s supposedly cruel friends, nor did she verify the identity of Jackie’s assailants—who may or may not even exist. In December, new revelations by the Washington Post suggested that a large part of the story wasn’t merely hard to believe, but flat-out untrue. The most damning discovery? There was no party scheduled at Phi Kappa Psi the night Jackie alleged she was assaulted. Rolling Stone issued an awkwardly worded apology, but it was too little, too late. Just this week, Columbia Journalism School dean Steve Coll released a 13,000-word investigation into the magazine’s epic misstep. Commissioned by Rolling Stone, Coll and his independent team attribute the magazine’s failure not “to a lack of resources,” but to “methodology, compounded by an environment where several journalists with decades of collective experience failed to surface and debate problems about their reporting or to heed the questions they did receive from a fact-checking colleague.” In their view what waylaid Sabrina Erderly, a hitherto highly respected reporter, was an environment. Or you might say, a culture.

For we are at a unique moment in Western history where unprecedented goodwill is afforded alleged victims of a historically ignored crime: rape. The tendency of a progressive person in our society today is to immediately believe, without reservation, a woman who claims she has been sexually assaulted. When the allegations against Jian Ghomeshi broke last year, the CBC host’s friend, Canadian musician Owen Pallett, posted a lengthy public Facebook entry that noted: “Jian Ghomeshi is my friend, and Jian Ghomeshi beats women.” Pallett was applauded by activists and journalists alike, even though Ghomeshi had not yet been charged with any crime. This isn’t to say we the public can’t look with distaste at the alleged Ghomeshis and Bill Cosbys and fraternity rapists of this world until they’ve been convicted and incarcerated—but that the reaction-pendulum to sexual assault has swung to an extreme. Coarsely put, in the old days few publicly believed women who alleged rape, while today, few publicly disbelieve them.

To be a member of progressive culture at the moment, your default position on the subject is clear. This is the culture in which Sabrina Erdely was immersed when she wrote her article. Nothing is more telling than her acknowledgement that she was concerned about “re-traumatizing” Jackie during her investigation—unless it’s her editors’ complicit tolerance of her lax reporting. If Jackie had claimed to have been robbed at gunpoint walking home with her friends, would the editors not have expected Erdely to talk to those friends?

In the end, of course, Erdely is the reporter, and therefore held to a standard of unbiased, supportable truth in a way Owen Pallett and non-journalists in general are not. A cultural default is not enough to get her, or Rolling Stone, off the hook. But cultural defaults come in shades of black and white, perfect villain and perfect victim, pure evil and pure innocence. The truth is differently hued. There are no grey areas when it comes to rape itself, but there are grey areas when it comes to rape allegations. Victims of sexual assault shouldn’t under any circumstance be blamed or shamed. But they shouldn’t be deified, either.