Peanut butter bread, anyone? The recipe’s leap from the pages of a vintage Canadian cookbook to internet fame was the work of Torontonian Glen Powell, star of the YouTube channel Glen & Friends Cooking. 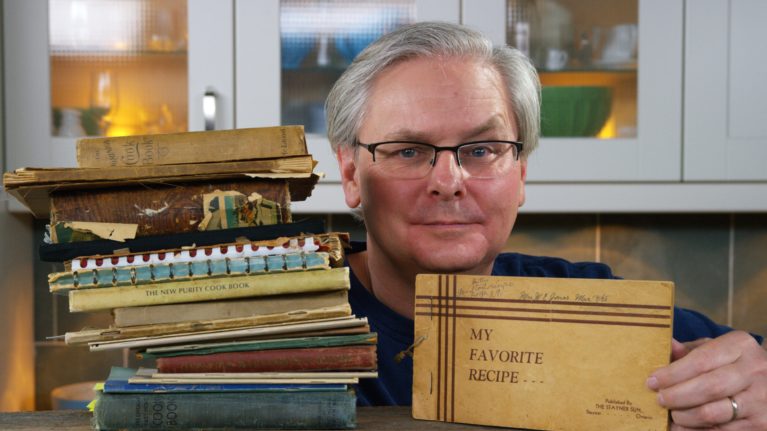 In the midst of the COVID-19 lockdown, when amateur bakers were tiring of sourdough and banana bread, another, more novel-sounding recipe bubbled up and went viral: peanut butter bread. Specifically, people wanted the version from the 1932 edition of A Guide to Good Cooking, published by Lake of the Woods Milling Company (the makers of Five Roses Flour), in Ontario.

The recipe’s leap from the pages of a vintage Canadian cookbook to the internet was the work of Torontonian Glen Powell, 53, star of the YouTube channel Glen & Friends Cooking. “Welcome friends,” the silver-haired, bespectacled Powell says to start his peanut butter bread video, and picks up a timeworn copy of A Guide to Good Cooking. “It’s Sunday morning, and we’re going to do another recipe out of a Depression-era cookbook.”

In his day job, Powell is a freelance producer of food videos for major brands. In his spare time, he uses his filming equipment to create videos for Glen & Friends. His backdrop is a standard—albeit conspicuously tidy—kitchen featuring white cabinets and a wall oven, with a KitchenAid mixer on display in the corner. But if the camera were to pull back a step, viewers would see professional-grade studio lights and soundproofing; a few more steps would reveal that the whole, elaborate set is contained inside his backyard shed.

Powell launched his cooking channel in 2007, and in January 2019, started a regular weekend series in which he makes recipes found mostly in Canadian cookbooks from decades past. The idea arose after he investigated the purported Canadian origins of sticky toffee pudding (the recipe’s English creator said she got the idea from two Canadian airmen); Powell’s wife, Julie, who frequently appears in his videos to taste test his creations, suggested he go through her grandmother’s recipes in the attic. “I opened up this box and it was all of these church cookbooks from the 1930s,” he says. “I thought, this is amazing, we need to share this.”

READ: The Canadian YouTube star with a day job at the federal government

Since filming the making of Date Versatile using a well-worn 1938 Ontario cookbook (basically a date loaf, which Powell found tastes identical to sticky toffee pudding, bolstering the Canadian-origin theory), he has featured approximately 70 old recipes, from Coronation Cake (a simple loaf with allspice, cinnamon and raisins) to Economy Bean Soup (which tastes better than it sounds). In each video, he provides historical context for the dish, explaining why unusual ingredients were used. He now has more than 100 old cookbooks in his collection, most handed down by family or sent in by viewers.

Over the years, Powell has garnered a following—his channel currently has more than 300,000 subscribers, many of them loyal viewers of his old cookbook segment. But “vintage Canadian cuisine” is not a phrase known to stimulate saliva glands, and it wasn’t until people were forced into isolation, faced with an economic downturn rivalling the Depression, that he truly tapped the zeitgeist.

That so many of the dishes originated during crises like the Dirty Thirties and the First World War might explain the spike in interest: since the pandemic began, Powell has seen an uptick in views and subscribers, noting that viewers are searching for “Depression-era recipes” and landing on his YouTube channel. It certainly adds a degree of difficulty. Though recipes from the period tended to be uncomplicated, detailed instructions like oven temperatures and cooking times were rare due to a lack of standardization in kitchen appliances.

In April 2020, the peanut butter bread video Powell made in 2019 resurfaced and the six-ingredient Canadian recipe set Reddit alight. Its sparse ingredient list (no yeast, eggs or butter), in combination with the era it came from, struck a chord during a modern moment when pantries were also growing bare as people feared to venture outside. 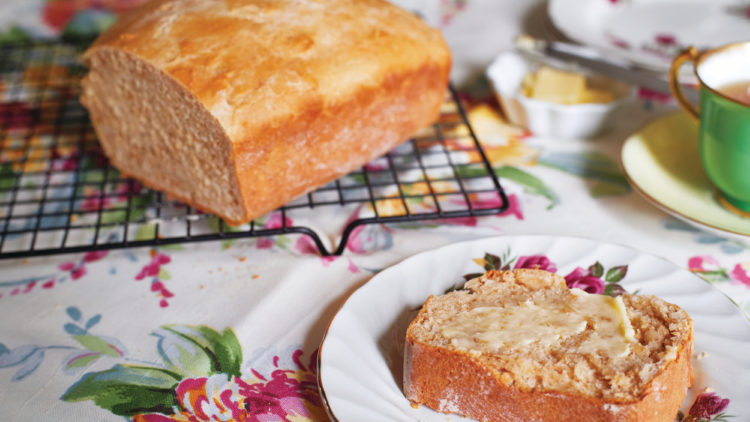 “Humans are very social and we’re sort of trapped right now, but a big part of that social part of our lives is food,” Powell says. “People are looking for something that’s comforting, that warms them emotionally in this time where we’re questioning what’s happening around us. Simple recipes seem to bring that for people more than the really complex ones.”

Simplicity is one of the reasons Ottawa-based viewer Caroline-Isabelle Caron, 50, enjoys making food from Powell’s videos as well as her own old cookbooks. She’s a peanut butter bread fanatic who has also made Powell’s 1930s date square and key lime pie recipes. Caron recognizes in his videos versions of foods from her childhood, but for her, cooking old dishes is about more than nostalgia; she’s a historical anthropologist who teaches at Queen’s University. “It makes me feel a sense of solidarity,” she says. “I feel like I’m preserving knowledge rather than reminiscing.”

READ: The mighty vegetable is taking hold in a cooking revolution

“Use it up, wear it out, make it do or do without” was a popular phrase during the ’30s. “Housewives abided by this for decades,” says Canadian food historian Fiona Lucas. Despite that, she says, most mainstream cookbooks “ignored the fact the Depression was on.” Not everyone was facing economic hardship, so those recipes were aspirational, whereas community cookbooks—usually published by church groups—were full of submitted recipes that are more indicative of what Canadians were eating at the time. A Guide to Good Cooking, home of the peanut butter bread recipe, was composed of submissions from across Canada.

All cookbooks of the time were dessert-heavy, however: women were expected to know how to cook savoury mainstays, whereas measurements are vital in baking. Still, many recipes used processed ingredients—like peanut butter, as well as breakfast cereals, crackers and tinned soups—to create filling dishes for less, says Lucas.

That resourcefulness is resonating during the pandemic of 2020. “I’m just like everyone else and want to go out there to a restaurant and have a meal,” says Powell. “But if we can help people with a can of beans at home, that’s important.”

This article appears in print in the July 2020 issue of Maclean’s magazine with the headline, “Mmm…history.” Subscribe to the monthly print magazine here.