Live from the Perimeter Institute: The dark side of the universe 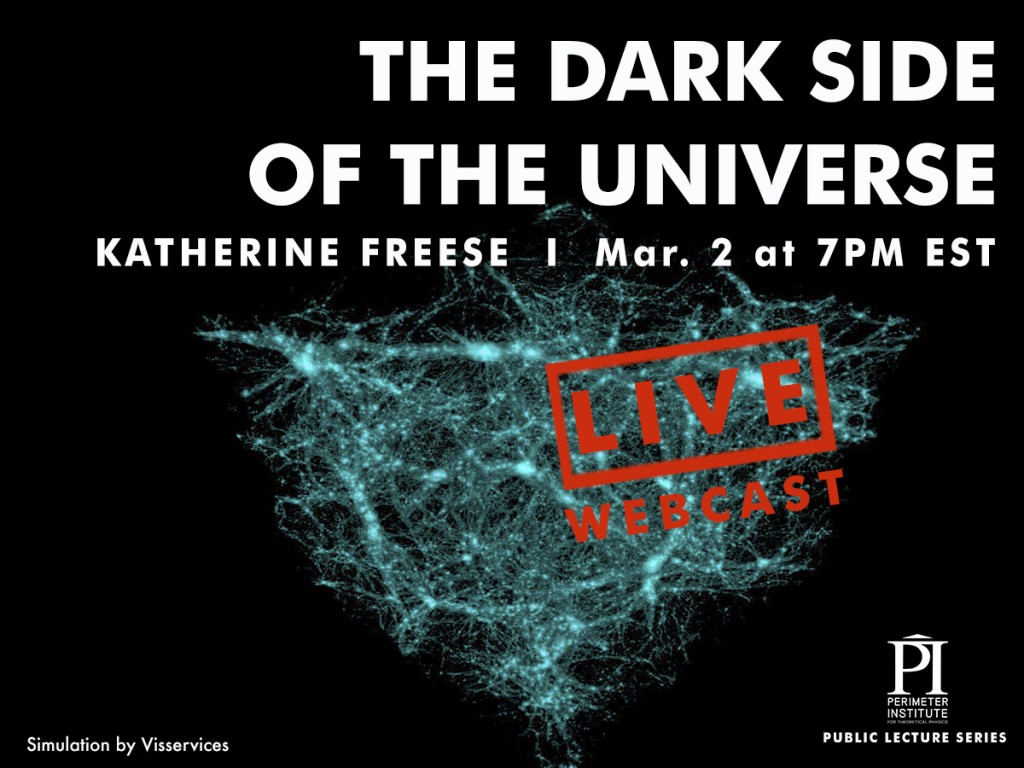 Science is, fundamentally, about shedding light on the unknown. It turns out, that for all of humanity’s work thus far, there’s so much that still remains in the dark. The ordinary atoms that make up the known universe make up just 5 percent of the cosmos. What’s left over is 25 per cent dark matter, and 70 per cent dark energy. But work continues apace to illuminate the matter that lives in the darkness. Katherine Freese, the director of the Institute for Theoretical Physics of the Nordic countries and an early contributor to dark matter research, is the next lecturer to take the Perimeter Institute stage in Waterloo, Ont., for Perimeter’s fascinating public lecture series bringing high science to the masses. Watch a trailer for the lecture here.

Just a few weeks after the science community’s galvanizing discovery of gravitational waves—discussed in full at a Perimeter Institute panel that same day—and just one month after hosting a lecture by Victoria Kaspi, now the winner of the Gerhard Herzberg Canada Gold Medal from the Natural Sciences and Engineering Research Council of Canada, the Perimeter Public Lecture is back. Maclean’s is proud to present a live-stream of this talk. Watch it at 7pm ET on Wednesday, Mar. 2.