Live from the Perimeter Institute: The heroism of medical isotopes 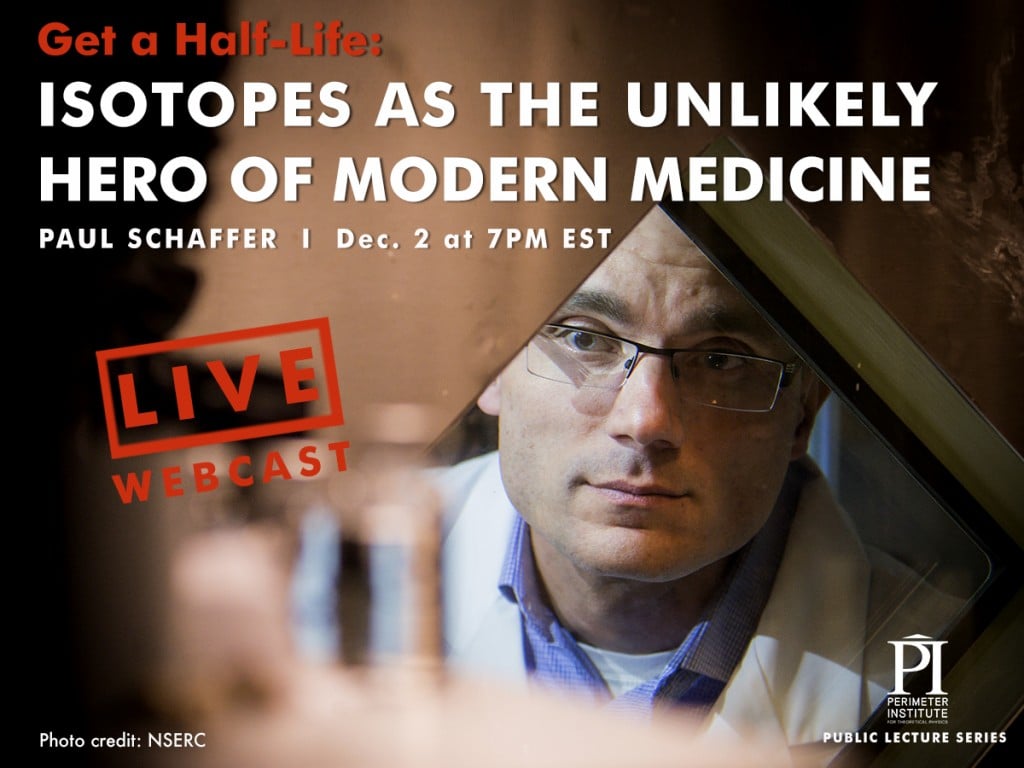 For years and years, isotopes—a radioactive substance rendered safe to use on people—have been essential to diagnostic imaging and medical treatments. The isotope Tc-99m is particularly popular, as a key component of CT scans.

But in 2009, a leak at the isotope-manufacturing facility in Chalk River, Ont. caused the reactor to shut down. That was a problem for Canada at large—the world’s supply largely comes from just five large government-owned reactors. The removal of one-fifth of the supply has caused headaches for the medical community at large.

Enter Paul Schaffer, associate laboratory director of the Life Sciences Division at TRIUMF, Canada’s national laboratory for particle and nuclear physics. In 2013, his team created a new way for large-scale production of Tc-99m without using a nuclear reactor. And as part of another fascinating Perimeter Institute Lecture, Schaffer will speak about the future of this kind of nuclear medicine and how his team has managed to provide a long-needed secure supply of medical isotopes. (Watch a trailer here.)

Maclean’s is proud to present a live-stream of this talk. You can see an archived version of the talk below.