Social-media 'influencers' have much to lose from the headline-grabbing experiment. But they like it. They really like it. 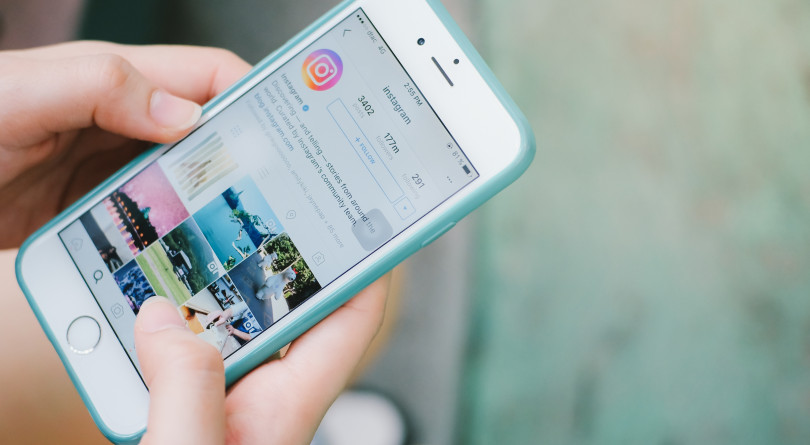 Canadians who regularly scroll through Instagram have probably noticed it by now. Gone are the days of the “likes” count and of comparing the popularity of your uploaded snaps to others—at least for now.

The popular social media platform recently initiated an experiment, one that involves hiding the number of likes and views a picture or video receives from everyone but owners of accounts. The ability to like or “heart” posts in your feed has become almost universal among popular social networking apps. But it’s a feature that’s been criticized for instigating real-world bullying and triggering mental-health issues among users like depression and anxiety.

The market for testing this potentially transformative innovation is Canada, and so far only Canada.

You’d think this would be catastrophic news to the small group of Canadians on Instagram known as “influencers”—people with thousands of followers who’ve built careers on the Facebook-owned platform, and who depend on likes as a form of currency. Yet many appear to welcome the change. While some voice concern about how they’ll navigate the changes with companies that pay social media players to advertise their wares—influencers’ main source of income—others think the benefits of the experiment could outweigh the risk, raising the quality of the content online while reducing social downsides of engagement driven by likes.

“It was kind of the whole point of Instagram,” says Jessica Hoffman from Montreal, who treats her 280,000 followers to health and wellness tips and vegetarian recipes. “But after considering it, I thought it could put a lot more focus on the content that’s being created, as opposed to feeling pressured to create content that you think is just going to perform well.”

Blogging was once just a hobby for Hoffman. Then, a little more than two years ago, she quit her job in fashion marketing to work full-time on her blog and Instagram, posting at least once every day, six days a week. Because so much of social media is based on how others perceive you, and creates an environment based on popularity, the loss of likes leaves her wondering how the terms of sponsorship deals between Canadian influencers and companies based in other countries might change. “It’s still very new so it’s a little bit scary to think about, especially since part of my job is working with brands,” she says. But companies usually ask for broader, more sophisticated analytics—such as impressions, the number of times a post has been seen—directly from individuals they seek to work with, and Instagram stars like Hoffman still have access to these metrics.

Allana Davison, a 26-year-old beauty and fashion influencer from Toronto with 237,000 followers, doesn’t believe the change will negatively impact her livelihood, though like Hoffman she’s curious to see how companies will react to the move. Rather, she believes the change could have benefits for younger people. “From a mental health perspective, I think it’s great for the younger generation growing up on Instagram,” she says. “Thank God I missed that.” Musemo Handahu, a lifestyle and fashion influencer from Halifax with 42,000 loyal followers, concurs. “It’s a move in the right direction—we’re a generation that seeks online validation,” she says. Handahu just hopes her supporters will “still double-tap.”

Davison notes that the change is a sudden pivot from Instagram’s first algorithm shift a few years ago, which altered feeds from chronological to non-chronological and favoured popular, sponsored posts over others. At the time, Davison noticed a decline in the number of likes she got per post, and wonders whether this latest modification could discourage people from using the app’s like function altogether.

An Instagram spokesperson from Facebook said in a statement that the company hopes “by making the number of likes private, people will be able to focus more on the photos and videos posted, and that this will ultimately drive deeper, more meaningful engagement” across the app. At Facebook’s annual developers conference in San Jose, Calif. in April, the company said the initiative is part of a broader focus on “well-being,” and that Canadians were chosen as the test market because they are “highly social and tech savvy,” with more than 24 million people connecting across the Facebook family of apps each month. However, the company isn’t saying how long the test will last, or whether the change will be permanently implemented in Canada or other countries.

To be sure, the company has not discovered social responsibility wholly on its own. Its removal of likes for the betterment of society comes at a time when Ottawa is actively considering the idea of regulating Facebook and other tech giants like Google, Amazon and Twitter. Other western democracies, concerned about how social media companies are handling personal data, have already made such moves. “We recognize that self-regulation is not yielding the results that societies are expecting these companies to deliver,” Democratic Institutions Minister Karina Gould told the Toronto Star in April.

Still, the experiment has won unequivocal approval from some key voices. Namely, parents. Carol Todd from Port Coquitlam, B.C. created the Amanda Todd Legacy Society after her daughter died by suicide after encountering a cyberpredator, and she’s been an advocate against bullying and cyberabuse ever since. “There’s a vulnerable sector that thrives on likes and follows,” Todd says of the mental health implications, noting that it becomes unhealthy to rely on the internet for “all the positives in life.”

Todd, who works for the Coquitlam School District, would like to see Instagram’s Canadian experiment stick around for good. She’s seen the negative effects a sudden decline in likes, or a failure to gather them in the first place, can have on young people and adults. “I don’t think we need to like things that we see on social media,” she says. “There are other ways—in real life, people-to-people—in which we need to find the same gratification.”

Hoffman would also welcome permanent removal of the likes count. To her, there’s something freeing about putting community over competition, and creativity over emulation. Worry about likes, after all, had been a burden carried by every Canadian influencer. “It removes that pressure of everyone being able to see and compare,” she says. “It’s something that could be very positive in the long-run.”