Living in terror of online shaming

Jon Ronson on the uses and abuses of digital shaming, the personal wreckage, and the fear you might be the next target 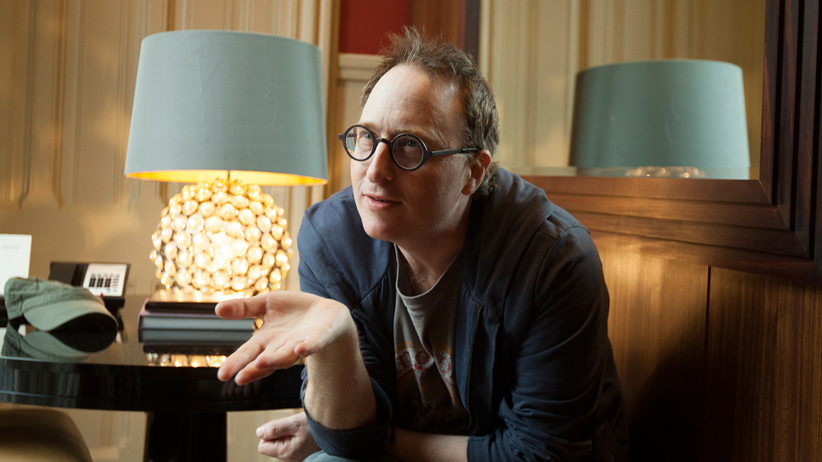 Welsh journalist Jon Ronson, author of The Men Who Stare at Goats —Ewan McGregor played him in the film—has been described by Daily Show host Jon Stewart as an “investigative satirist.” Ronson is also a heavy Twitter user and was an enthusiastic participant in many a social-media denunciation of those he considered richly deserving. But after an unsettling online experience of his own, Ronson decided to investigate the contemporary shaming phenomenon in depth. The results, as captured in his 2015 book, So You’ve Been Publicly Shamed, curbed his enthusiasm.

Q: You came into this via a sort of “spambotting” (if that’s a verb), an experience of seeing yourself being caricatured online.

A: Right, yes, to being spambotted. I didn’t realize that was a verb now. I discovered a parody version of me, a fake Twitter account exhibiting my face and name but with a completely different personality. I wouldn’t say that it was a caricature, because it was nothing like me; that was the problem. There were all these people following it, the kind of people who enjoyed my books, and also people I knew in real life, who were perplexed because I had profoundly altered my personality.

Q: Did that make you think of online shamings you’d been a part of, and make you wonder how the shamed felt?

A: I had posted a video of my talk with these guys [the creators of the spambot] on YouTube and, even though I had been worried about being shamed myself, because I’d been so screechy in my confrontation with them, it wasn’t me who was shamed, it was them. And I was thrilled that the world was telling me that I was right, that there was this fantastic kind of approval going on that made me feel wonderful.

Q: Because the online world is always yes or no, nothing in between—it’s coming down on you, or it’s bucking you up?

A: Exactly. I would be either a magnificent hero or a sickening villain. As it turns out, I was the magnificent hero. I was delighted, but I also understood, in that moment, that we were all like toddlers crawling toward the gun, using this weapon we didn’t understand.

Q: You write, “Public online shaming gets delivered like a remote-controlled drone strike,” and we don’t check on what kind of wreckage we leave behind.

A: Shaming is powerful and useful. I’m living in New York, and my instinct is that, after the Black Lives Matter protests, which were organized on social media, the chance of there being another Eric Garner, choked to death in New York by an NYPD officer, has diminished. Which is one of the reasons it’s so sad when a

comes along [and there is] this terrible collateral damage. [Sacco is the New York PR executive who tweeted a joke about how she wouldn’t contract AIDS on her visit to Africa because she was white, and exited the plane hours later to find her life destroyed.] So that’s what I wanted to do: Show people the wreckage, show them the people they destroyed.

Q: People who hadn’t talked to a journalist since they were destroyed online—including Justine Sacco—did talk to you. How did you manage that?

A: It was a lot of work. Most people in my book took a hell of a lot of convincing. I told them, especially Justine Sacco, “I think what happened to you is like a moment in history, the moment when we lost all sense of ourselves.” The way we tore this woman apart, it was nice to be able to say to her, “I want to portray you exactly the way you would want to be portrayed.”

Q: The story of Hank, the man who made techie jokes about “dongles” and “forking” at a technology conference, and Adria, the attendee whose tweeted complaint ended up getting them both fired, is perhaps the most dispiriting in the book. Perspectives varied radically among those who joined in online. From a male perspective, Adria’s feeling of being “threatened” in a crowd of 800 was hard to accept.

A: Do you remember that David Mamet play Oleanna? It follows quite a similar trajectory. During the first act, men in the audience think the woman character is crazy for feeling threatened, but, by the end of the play, the man is beating up the woman. There’s a similar thing in Hank and Adria’s story. In the first half, you’ll be absolutely on Hank’s side, thinking Adria’s completely nuts to do what she did and say what she said, and then, by the end of the story, you’re still very sympathetic to Hank—I think your sympathy for him never changes, because he is blameless—but you do begin to see the world from Adria’s perspective.

Q: You do. The larger issue is the place of women in the world of high tech. You asked Hank how he interacts with female developers at his new firm, and the response was, “Well, there aren’t any,” while Adria, two years later, still doesn’t have a new job.

Q: So his recovery is easier.

A: Absolutely, yes. Yet, if you ask us, the people piling on, how we imagine the person we’ve just destroyed is doing, our reply would normally be, “Oh, I’m sure [he’s] fine.”

Q: The cheerful young woman from 4chan, the group whose digital assault resulted in Adria losing her job, defended 4chan’s use of vicious misogynist language on the grounds that their aim is to “degrade the target,” so if the target is female, it’s fine to use rape threats.

A: Wasn’t that interesting? I never really saw trolls as having a morality, but that’s what she was saying: “We might use this outrageous language, but we have a moral code.”

Q: Sacco was supposed to be a billionaire’s daughter. We make up conscience-salving stories about the targets.

A: That’s been debunked—it’s not true about Sacco—but it still came out after that part of my book was excerpted. Why was I defending this racist billionaire’s daughter? Or, “What racist is Jon Ronson going to put his cape on for next?” But the backlash was a small minority. People have been completely reassessing that story. That Justine was a victim of shaming has probably become the dominant story. There was even some response of, “All you bastards retweeting Ronson’s article about Justine Sacco are the f–kers who were doing it to begin with,” which I thought was probably true.

Q: Yet online shaming is always, in the minds of those doing it, an attack on privilege—a punching up—and a defence of the powerless.

A: Misuse of privilege is seen as the worst sin. Jonah Lehrer probably ﬁts in there, even though his crime was plagiarism, because he lived in a mansion in the Hollywood Hills. The tearing apart of Jonah was brutal and gleeful, partly because of it. You can see it even with Lindsey Stone. [Her joke Facebook photo, mocking a “Silence and Respect” sign at Arlington Cemetery, spawned a Facebook page overnight (Fire Lindsey Stone) with 12,000 likes.] People felt she had the privilege of living in a free country that the war-dead had fought for, and she was mocking them.

They both internalized the shame. The first night, Lindsey stayed up ’til 4 a.m., reading every single tweet written about her, and experiencing one of our worst fears: the terror of being found out.

Q: That fear, you write, is widespread, and with reason. Stone, Sacco and the others were not so privileged after all; they were fired.

A: I certainly don’t feel immune to it. I have two, huge terrors: one is that something will happen to my family and, when I can’t get them on the phone, my mind just spirals; and the other is exactly what we’re talking about here—the idea that I’ve done something wrong in my work and it’s going to explode.

Q: You will be fired.

A: And shamed, defined by a mistake, as opposed to one’s mistake being put into a kind of wider human context. One thing that’s really come out, though, since I wrote this book, is the number of journalists who’ve said to me, in effect, “I live in terror.” It seems to be a kind of widespread fear among journalists. I did a TV show in England the other day—a live, three-hour show—and the presenter said to me in the dressing room, “I do this every week for three hours, and I spend the entire three hours in a paroxysm of complete panic that I’m going to get off the air and realize that something I’ve said two hours ago just got me destroyed.”

Q: Is that where we are now, especially among the chattering classes, in a time of self-censorship and fear, a new Victorian era?

A: Yes, I think we are. I am sincerely, and probably completely naively, hoping that my book’s going to make a bit of a difference, maybe start things changing a little bit, get people to understand nuance a bit better and not to resort to disproportionate punishment. But I also fully understand that it’s incredibly rare for a book to actually effect any kind of change whatsoever, and I’m probably being a bit grandiose. But, you know, it just might.