Why are we paying girls less than boys for summer work? 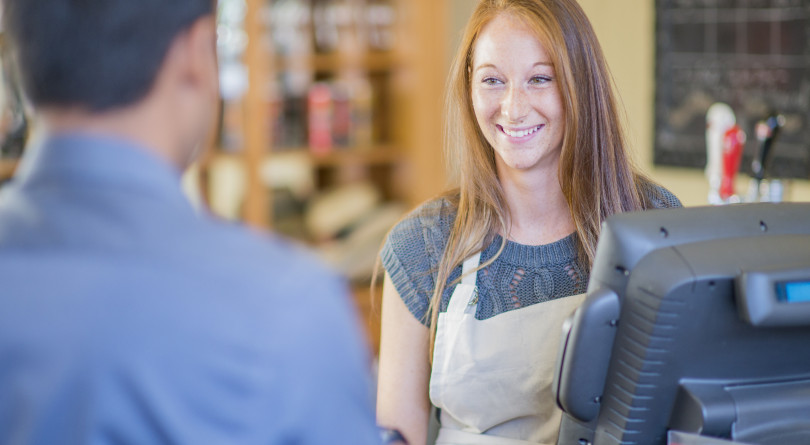 Emily Vandermeer got her first job when she was 11, as a babysitter at a community hall in her Edmonton neighbourhood. Health-conscious parents arriving to Zumba class with their offspring in tow paid her $10 to watch their kids for the hour. Vandermeer would play games with them in the room next door or walk them over to a nearby park. To her, babysitting—or simply caring for youngsters like her little brother—always felt like more of an expectation set by the rest of the world than a chosen duty.

Over the next couple of years, Vandermeer worked plenty of babysitting jobs thinking little about the gender pay gap between herself and boys her age, or the value placed on jobs she did compared to those done by her male friends. But when she was 14, she managed to negotiate a $1 increase to her babysitting rate—from $6 an hour to $7. The work had been exhausting, so she put her foot down. “I felt really embarrassed and I don’t know why I should have been,” she says. From then on, she got paid anwhere from $10 to $15 an hour, Alberta’s current minimum wage (the province is partially cutting it back to $13 for teens under 18 in June).

Now 17, Vandermeer is keenly aware of the pay disparity that exists among young boys and girls going into the heat of summer—a time when seasonal employment offers the country’s young people their first chances to be paid for their labour.

RELATED: There will be more money for summer jobs. Will it work?

Canadians are constantly, and rightly, reminded of the gender wage gap that exists in Canada (and men paid for it last year by paying more for the Maclean’s pay equity issue). For every dollar a working man earns, a woman doing the same work makes $0.87—a difference that widens further for Indigenous women and women of colour. But a new report from the Girl Guides of Canada suggests an even greater disparity at the front end of the career ladder, where it found a $3 per hour gap in full-time summer jobs between boys and girls in 2018. The difference was primarily the result of the lesser value placed on jobs typically performed by girls than those done by boys, said the report, which is reframing a nationwide conversation usually limited to working adults: inequality starts earlier, much earlier. “It’s frustrating but it’s not shocking,” says Vandermeer, who has been a Girl Guides member since she was eight. “Sometimes it just feels like a reality.”

The report polled 1,203 young Canadians between the ages of 12 and 18 about their working lives last summer. One in three girls reported having a summer job; another third worked informally for family, friends or neighbours. The report noted that girls, however, were “overrepresented” in caring roles like babysitting, while boys were more likely to land jobs involving “maintenance, gardening or groundskeeping.” For girls who worked full-time informally, the pay gap extended to $6.31 per hour compared to boys whose informal jobs also relied on people they knew. (The $3 difference in pay for regular, full-time jobs is consistent with data from Statistics Canada for girls as young as 15.)

There were more disturbing findings. About 13 per cent of girls reported some form of sexual harassment or assault while working last summer, a number that shot up to 23 per cent among those who came from families with an income of less than $40,000.

The pay difference did not come as a surprise to Jill Zelmanovits, the CEO of Girl Guides; more concerning was how early it appears to start, given the organization’s previous research pointing to the impact pay gaps and workplace harassment can have later in life. “Those experiences at an early age define what decisions girls make going forward in terms of their careers and what courses they’re going to take,” she says. “They start to narrow what they think is possible.”

Zelmanovits stresses that conversations about pay inequality and the value of women’s work needs to happen earlier. Talking about compensation with an employer is never easy—even for working adults. But only two out of 10 girls reported feeling comfortable or able to negotiate their wages. (The number was just as low among boys, she notes.) What remains unclear, she adds, is whether girls are actively “choosing” jobs that involve looking after others. Or why girls and boys are falling into segregated labour markets where one tends to pay better than the other. “When it so closely mirrors what we see in the adult workforce,” Zelmanovits says, “it makes us wonder whether or not they’re freely choosing these types of jobs.”

Overall, 45 per cent of girls felt “very satisfied” with their pay last summer, while only 24 and 30 per cent, respectively, of girls identifying as minorities and from households earning less than $40,000 reported feeling this way. “It exposes how systemic inequality affects women from their very first jobs,” says Fay Faraday, the co-chair of the Ontario Equal Pay Coalition and a professor at Osgoode Hall Law School.

But there will be critics. Deniers of gender pay inequity typically argue that the work of male-dominated sectors is inherently more difficult and demanding, and therefore worth more than the work produced by women. But Faraday counters: “It’s exactly that attitude that results in the undervaluing and undercompensation of women’s work. And it’s exactly that attitude that gave rise to the need of pay equity legislation.”

The negative effects of pay inequality can be long-lasting, she says, and it can discourage “young women from pursuing careers in areas that they may want to because they see that they’re not being treated equally.” But for some it can be motivating. The struggle to bring an end to pay inequity, she says, has given rise to a generation of women ready to stand up for economic justice.

Vandermeer is about to graduate high school, and works for the city of Edmonton where she knows all young recruits start from the same spot on the pay ladder. She has never been a fan of mowing lawns, and doesn’t know many girls who are—not that it should matter. Still, when it comes to the wage gap among male and female professionals, Vandermeer and her friends share concerns about the future.

And they aren’t hiding from the issue. Vandermeer will study computer science at the University of Alberta in the fall. Women are drastically underrepresented in STEM fields across Canada, and she experienced a similar dynamic in her high school classes. “I had to really prove myself worthy to be in the class, whereas guys were typically given respect,” she says. She eventually got her due, and she’s preparing to do so again. And, in all likelihood, again after that.