Why Iggy Azalea can't get any respect 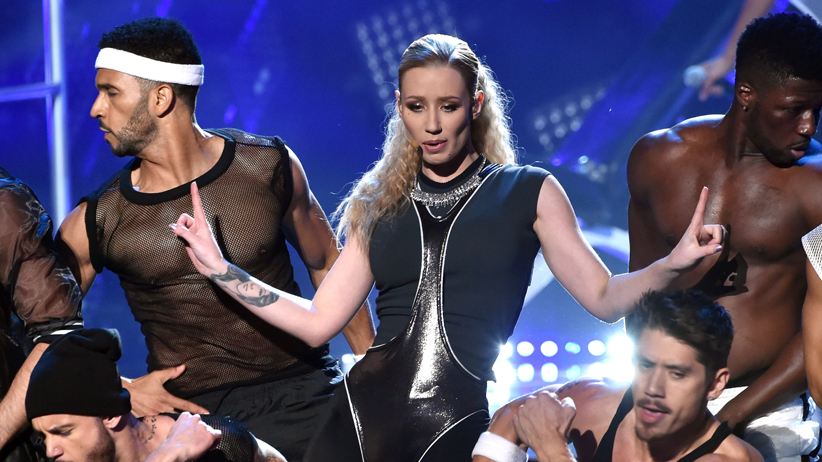 “First thing’s first I’m the realest.” That is the opening line of Fancy, 24-year-old Australian rapper Iggy Azalea’s Billboard 100 chart topper—a song harder to avoid in North America in 2014 than the bubonic plague was in 14th-century England. Azalea, blond and statuesque (she is the new face of Levi’s jeans) is up for four Grammys, including best rap album and best new artist. Her career, which supposedly began in squalor in Florida when she was a teenager (“No money / no family / 16 in the middle of Miami”) blew up last year; with Fancy, she topped the Billboard 100 longer than any female emcee in history.

Her meteoric rise to fame is controversial for many in the hip-hop world who contend that Azalea is not, as she claims, “the realest,” but a poser—a white outsider appropriating black culture for profit. Azealia Banks, a black American rapper critical of Azalea (the similarity of their names is coincidental) recently dubbed the Aussie rapper “Igloo Australia” on Twitter. “It’s funny to see people like Igloo Australia silent when these things happen,” Banks tweeted in the racially charged aftermath of the deaths of Mike Brown and Eric Garner: “Black culture is cool, but black issues sure aren’t huh?” Azalea shot back at Banks, accusing the rapper of playing the race card out of jealousy. This angered the vigilante group Anonymous, which threatened to leak an alleged sex tape of Azalea online if she did not apologize for her remarks.

Sujatha Fernandes, a sociology professor at City University of New York who grew up in Australia and writes frequently about hip hop, says Azalea is “taking on this [rap] persona and profiting off it without any engagement with black culture.” This charge doesn’t merely stem from Azalea’s lyrics (in the song D.R.U.G.S. she refers to herself irreverently as a “runaway slave-master”) but from her voice. Azalea raps in a throaty Southern drawl that sounds virtually nothing like her speaking voice. It is a drawl reminiscent of the American “dirty south” rappers she grew up listening to: artists like Ludacris and 2 Chainz who have about as much in common with Azalea as they do with Stephen Harper.

There is no denying that the colour of Azalea’s skin has afforded her opportunities for commercial success unavailable to her black contemporaries. (It is highly unlikely, for example, that Azealia Banks could rap about “the murda bizness” and simultaneously become the face of America’s flagship blue jeans store).

Related:
He raps badly, has no story or street cred. How did Rick Ross end up at the top?

Yet, there is something uncomfortably conservative about hip hop’s scorn for Azalea: a scorn that has permeated not only rap music, but pop culture in general. In 2013, Miley Cyrus was castigated for twerking feverishly on Robin Thicke’s pelvis at the VMAs, not simply because her dancing was subpar to that of Elaine Benes on Seinfeld, but because, according to the Guardian, it was tantamount to “a minstrel show.” In 2014, Avril Lavigne was branded a racist for channelling a harajuku girl in her Hello Kitty music video (made, ironically, by a Japanese director for Lavigne’s massive Japanese audience). And crazily enough, last year, Katy Perry was chastized for being culturally insensitive when she dressed up as Cleopatra in the video for her song Dark Horse. Perry’s response: “I guess I’ll stick to baseball and hotdogs and that’s it.”

In other words, she’ll stick to realism, something our culture appears to be prudishly fixated with at the moment. “The fact that we can have these artistic personas that are not linked to any background—that is strange to me,” says Fernandes, alluding again to Azalea’s faux southern drawl.

It’s unlikely such a notion would have been especially strange to Victor Hugo when he said, “Art has no business with leading-strings or handcuffs or gags. It says to you, ‘Go,’ and turns you loose into the great garden of poetry where there is no forbidden fruit.” Those are lofty words; too lofty, perhaps, for an essay about a rapper whose main pursuit in life is to consume the entire minibar in her hotel room. Yet they ring true, because writing what you know is a guideline—not a rule.