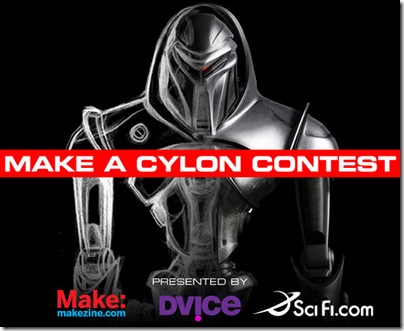 The SPACE channel is understandably going all-out to celebrate/mourn the Battlestar Galactica series finale on March 20. From their press release, their plans for the day consist of an all-day marathon of season 4 episodes, followed by a “Battlestar Galactica Finale Special” at 8 and the two-hour finale at 9. And then we get a post-game show, complete with colour commentary:

The frak fest concludes with a special one-hour, live FANDOM FORUM at 11 p.m. ET, hosted by Teddy Wilson. Teddy, along with a panel of special guests, discuss their thoughts and theories on the series finale in front of a live studio audience from CTV headquarters in the heart of Toronto’s entertainment district. The FANDOM FORUM will also be streamed on www.spacecast.com where viewers from across Canada will be able to participate and share their thoughts via webcam and by phone.

Having a semi-interactive discussion show after the finale seems like a pretty good idea to me, especially for a show that’s as dependent as this one on a passionate, involved fanbase. It’s a good idea because it allows a network to benefit a little bit from the energy and urge to discuss and argue that always follows the finale of a cult-favourite series. Right after the episode ends is the moment when everybody is going online to talk about what they thought, and what was and wasn’t wrapped up satisfactorily. Imagine if HBO had set up a post-finale discussion after the Sopranos final where fans could call in. It would have been… fun. For viewers, anyway, not so much for them.