A Holocaust detective story makes a splash in Victoria

Liane Balaban and Don McKellar light up the Victoria Film Festival, which offers a sneak preview of 'Inside Hana's Suitcase,' an extraordinary new documentary

I love small film festivals. The big festivals—Cannes, Toronto and Sundance—are more newsworthy, but you have to work hard, chasing films and interviews from morning to night. For press and industry guests invited to small festivals, they work more like a salon, or a dinner party. The essential ingredients: a good mix of guests, a seductive destination and a sense of hospitality. The beauty of a small festival is that everyone ends up at the same party at the end of the day. And there’s time to talk. If an undiscovered gem emerges from the program, so much the better. That’s what I found on opening night of the Victoria Film Festival—with a preview of Canadian filmmaker Larry Weinstein’s brilliant and beautiful documentary feature Inside Hana’s Suitcase. 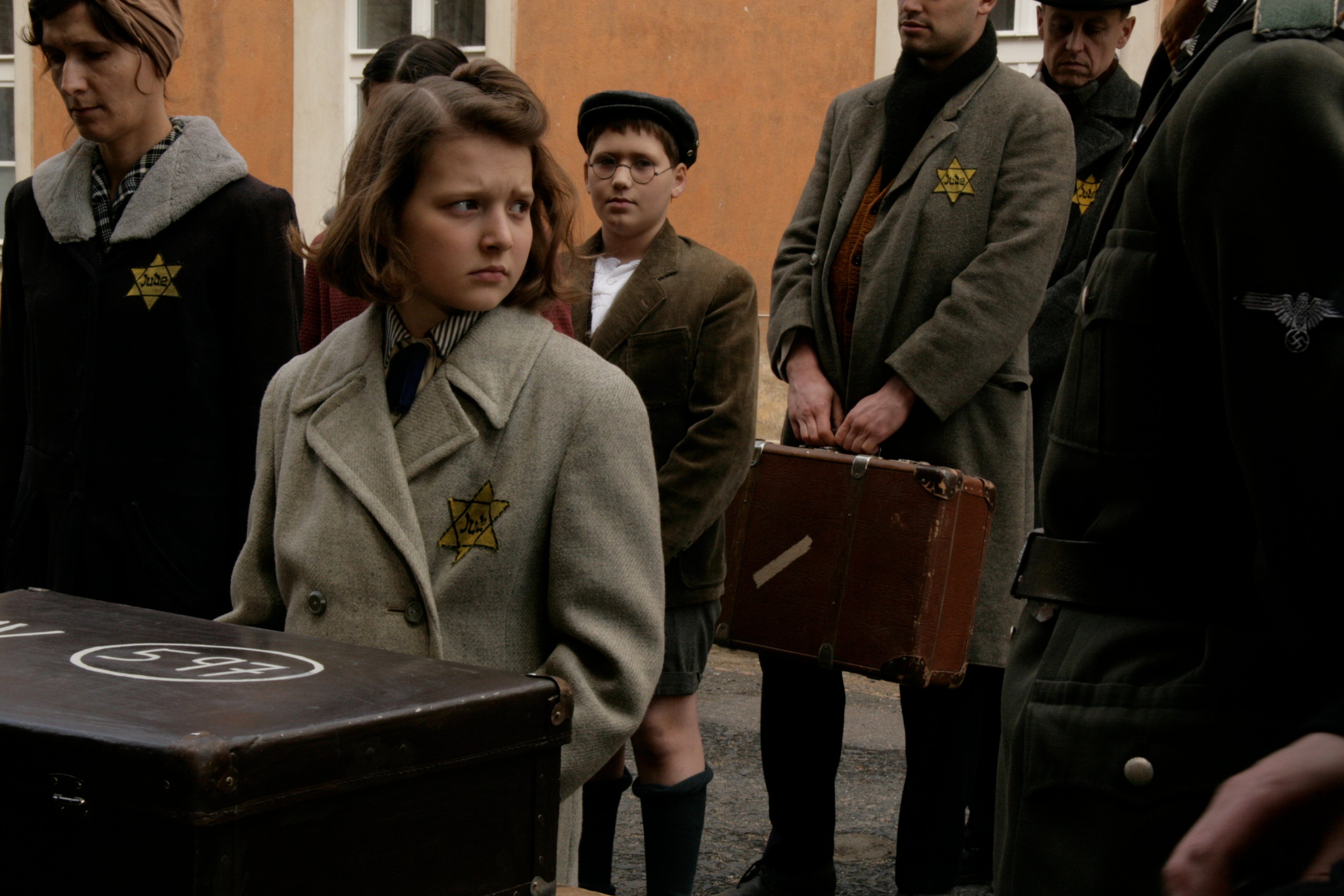 Hana, as portrayed in Larry Weinstein's documentary, 'Inside Hana's Suitcase'

Reminiscent of the Anne Frank story, and based on the best-selling book by CBC broadcaster Karen Levine, Inside Hana’s Suitcase is a kind of Holocaust detective tale in which a Fumiko Ishioka—who teaches children as director of the Tokyo Holocaust Centre—receives a suitcase painted with the name Hana Brady, a Czech girl who perished in Auschwitz. Through a miraculous train of events, the intrepid Fumiko discovers that Hana has a brother, George Brady, a Holocaust survivor who is now 81 and living in Toronto. This story has been told before—both in Levine’s book, which found thousands of fans among school children around the world, and in a hit play that premiered at Toronto’s Young People’s Theatre. But Weinstein’s documentary takes it to another level. He brings the story to life with an extraordinary weave of archival images and eloquent re-enactments. With the lovely Fumiko Ishioka and the endearing George Brady, he brings two remarkable characters to the screen—not to mention the school children who are used to tell Hana’s story on camera. At the Victoria festival, Brady made a surprise appearance at the end of the screening, drawing a collective gasp from the audience and tearful standing ovation.

So how was the Victoria Film Festival? I’ve been happily attending its younger rival, the Whistler Film Festival, for some years now. This past weekend was my first visit to Victoria’s festival, and although it’s not as glam or high-powered an industry schmooze as Whistler, it has a nice vibe and I wouldn’t hesitate to go back. The 15th annual edition of the VFF mustered a diverse guest list of filmmaking talent, including actress Liane Balaban (One Week, Last Chance Harvey); multi-hyphenate Don McKellar (Blindness); Canadian directors Ritchie Metha (Amal), Michael McGowan (One Week) and Charles Martin Smith (Stone of Destiny); Vancouver producer Rob Merilees (Capote); Toronto producer Daniel Iron (Away From Her); and Vancouver Island actor Barry Pepper (Saving Private Ryan). 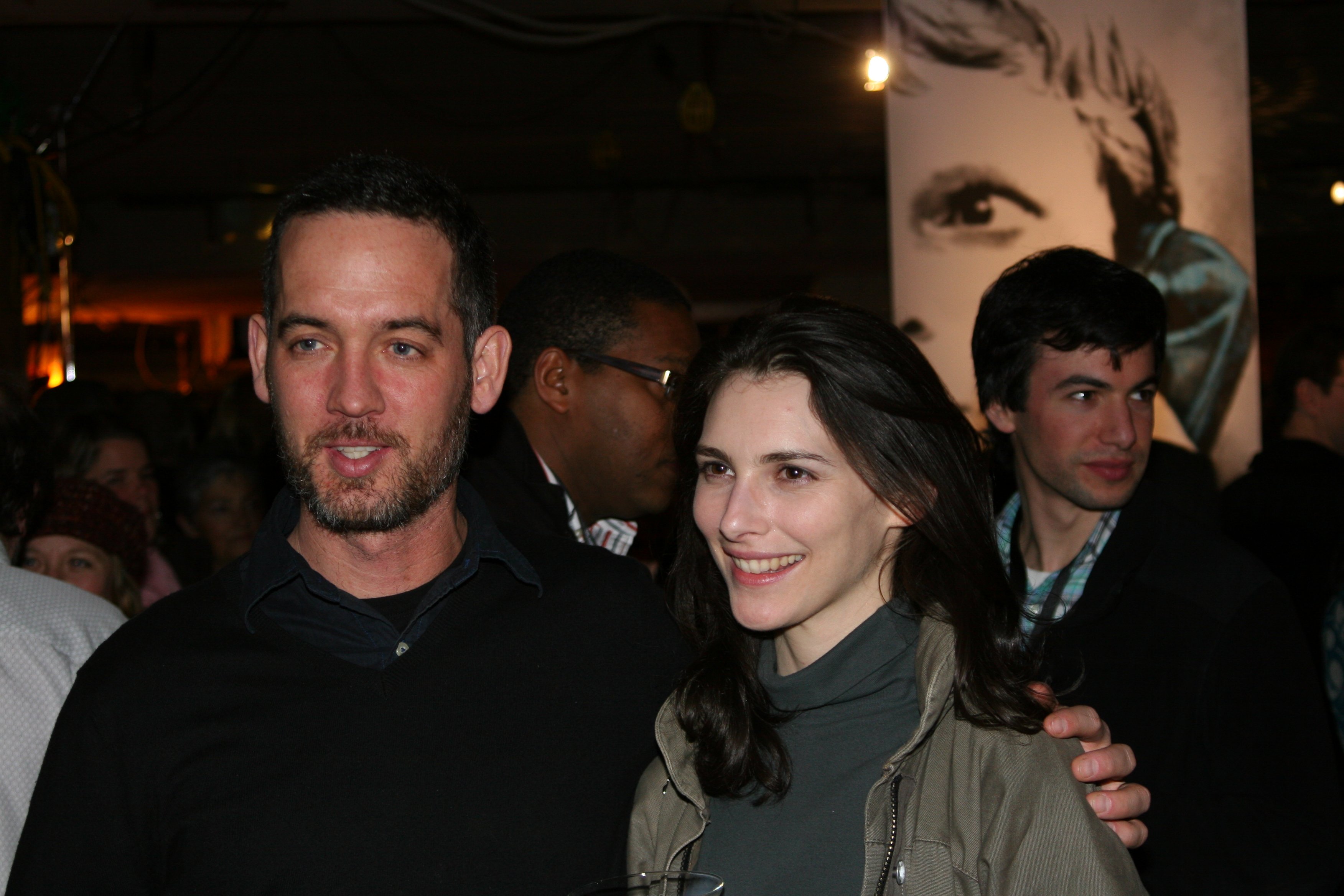 Liane Balaban was there to promote McGowan’s One Week, the festival’s opening night gala, which also closed the Toronto International Film Festival and will receive an unusually wide opening for a Canadian film in March. With more Canuck references than a season of Great White North skits, One Week is a road movie about a guy (Joshua Jackson) who takes a motorcycle trip across the country after learning he’s dying of cancer. Balaban plays the girl he leaves behind in Toronto. It’s a bit of thankless role really. But when I talked to Balaban at the opening night party, a decade after we first met to discuss her breakout role in The New Waterford Girl, she seemed buoyant about her career. Last time we talked she was a journalism student. Now her career is taking off. She just finished co-starring with Dustin Hoffman and Emma Thompson in Last Chance Harvey. And, speaking of journalism, she plays Globe and Mail columnist Leah McLaren’s alter ego in Abroad, a pilot for a TV series scripted by McLaren. Balablan told me it’s like Sex and the City meets Bridget Jones Diary.

Lots of amusing discussions. One night as a group of us sat around in the bottomless leather chairs of the Empress Hotel’s Bombay Lounge, Ritchie Mehta proposed that any film you could name would improved if the lead character went of into a room and wept at the end. Which set up a hilarious round of imagining various movies thus adulterated. Can’t remember any titles, which I blame on the Concussion. (See the previous blog in BDJ Unscreened for the story of what happened to my head).

A number of the guests at the VFF, myself included, were invited to take part in the festival’s inaugural program “Springboard Talks,” two days of unscripted monologues delivered by the participants, Idea City style, in a decommissioned cinema near the festival’s home base, the classic Empress Hotel. I also took part in a jury that came up with a list of Canada’s 20 most promising filmmakers.

McKellar was the first to speak at the Springboard Talks. There were no ground rules, so he decided to set his own. Those of us delivering talks, he suggested, should speak without notes, which suited him just fine because he hadn’t written any. McKellar devoted his 20-minute talk to the issue of changing formats. He too had watched Eagle Eye on the plane (perhaps choosing it for the same reason I did—because it featured the foxy Michelle Monaghan). And he said that despite all the hype about the need to see Hollywood action movies on the big screen, those are the kind he watches when he’s on a plane. The fast-cutting, kinetic style, he suggested , works well on the small screen. McKellar says he saw Dark Knight as an in flight movie. “I never watch art movies on airplanes . . . or even on TV,” he added, explaining that they demand a different degree of attention, the kind that is best focused in the collective captivity of a movie theatre. McKellar went onto talk about the series of short films he’s made for cell phones, videos he actually shot on cell phones. He then punched up one one his own cell phone and had people pass it around the room. It’s probably safe to say that this was the first time in history that an audience in a movie theatre watched a film on a cell phone as it was passed from row to row.

I had the unenviable task of following McKellar, who is an actor and a natural performer. I had written a script, without intending to follow it, but under McKellar’s ground rules I could now put it to one side and treat it as an untouchable prop. I also used the Concussion as a device. If I was going to speak extemporaneously in a stream of tangents and non-sequiturs, at least I had a medical excuse. Like McKellar, I wanted to talk about the digital revolution, and the fragmentation of cinema. My question: what does it mean now that everyone’s a critic and everyone’s a filmmaker? I didn’t have the answer. In fact, I never finished writing the speech. But I liked the question. I ended my talk with the twist that, after kvetching about the glut of web critics diluting my profession, I’d been muddying the ranks of filmmakes. Explaining that this professional critic has been dabbling as a filmmaker for several years, I concluded with my own audio visual gimmick: I showed off the menu features of a DVD I had created to present 22 of my short films. I didn’t show any of the films, not a glimpse—just the menus and sub-menus, which, if I do say so myself, are quite richly composed with music and graphics. I’d like to think I presented the world’s first film festival premiere of a DVD menu.

My talk was followed by a quirky young comedian named Nathan Fielder, who has written for This Hour has 22 Minutes and Canadian Idol. He delivered a kind of slacker anti-speech, which amounted to a piece of performance art. He shuffled around onstage, didn’t say much of anything, milked laughs with mammoth pauses, then showed an amusing video of himself and a non-professional actor performing deadpan scat.

Up next was Art Hindle (E.N.G., Paradise Falls), an old-school acting veteran from the trenches of network television. He tried his best not to show how pissed he was by Fielder’s talk. He talked about the importance of craft, saying that filmmakers should learn a thing or two about the art of acting, and should cast professionals. In other words, he was dismissing the whole DIY school of filmmaking and urging: don’t try this at home, bring in the experts. He insisted non-actors can never do the job of professionals—news to anyone who has seen Laurent Cantet’s superb Palme d’Or-winning feature, The Class, which relies almost entirely on talent with no previous experience. Hindle also said that Fielder’s film would have been better if he’d cast professionals—a claim most of us found baffling given that its performers were just improvising scat.

One film where non-professional actors do excel is Inside Hana’s Suitcase. They’re not really actors; they are documentary subjects. But because even some recent events are reconstructed several years after they took place, they are in effect re-enacting their own lives.

Inside Hana’s Suitcase was classified as a work-in-progress rather than a world premiere—Weinstein wanted to save that honour for the Berlin Film Festival. But Berlin turned down his film on the basis of a synopsis without even screening it. (That’s the price of cinema’s digi-democratic revolution; Berlin had to sift through 9,000 submissions this year). After what amounted to a sneak preview in Victoria, I’m expecting to see Weinstein’s film turn up in a prominent spot at Toronto’s Hot Docs festival in Toronto, although the program has yet to be announced. The film doesn’t yet have a distributor. But the filmmakers should try getting it to Steven Spielberg. Given a chance to see it, I think he would make sure it gets out there and slap his name on it: ‘Steven Spielberg Presents’. Just a hunch. But this is the kind of the documentary feature that wins Oscars. Then again, you could also imagine Hollywood jumping to remake it as a dramatic feature.