Because it's there (and Dad made me)

COLBY COSH on Jordan Romero, the 13-year-old on his way to climb Everest 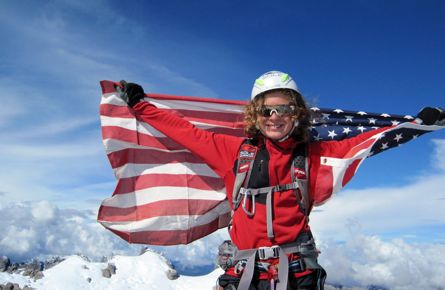 At what point can we consider actively cheering against child adventurers with glory-hog Type-A parents? As you read this, 13-year-old Jordan Romero is en route to Hong Kong; from there he will push on to Nepal with his father Paul in an effort to become the youngest person to reach the summit of Everest. Jordan, who has reached six of the “Seven Summits”, says he is “as stoked as can be” about the expedition. What do you suppose Jordan will make of the ubiquitous corpses, ever growing in number, scattered around the upper reaches of the mountain like discarded dolls? If he survives, will he be posting to his website about how nifty a sight that was?

According to journalist Jon Krakauer, Everest kills about 1 in every 33 climbers who dare the approaches to its peak. In recent years it has become a commercialized, watered-down challenge characterized by semi-permanent technical cheats; it’s the scene of undignified races to the top by people with various classes of debility or identity-group memberships, and a means for rich nuisances to acquire extreme-tourism cred. But none of this has reduced the risk all that much, because no other environment on earth can prepare climbers for decision-making at such extreme altitudes. The presence of large numbers of sponsored cripples and hapless plutocrats has created new queueing and crowding problems, as the 1996 disaster near the peak demonstrated. Climbers are now getting injured by falling onto each other. Guides (of varying quality and dedication) are ultimately responsible for the lives of all less-experienced climbers on Everest, and sometimes both perish. Needless to say, the whole sordid enterprise is only made possible by the Sherpas. The mountain has become an amphitheatre for humanity at its worst, not its best.

A well-trained adolescent should be able to climb Everest. Jordan is responsible, organized, and intelligent; he has passed every health test put before him in reaching the first six of his summits. But even a sympathetic journalist made to wait six months for access to the family found some evidence of strong paternal pressure on Jordan. It’s simply impossible to believe he is climbing Everest entirely for his own reasons, whatever those could conceivably be—not with a $150,000 cash investment complicating the tough decisions. (Sometimes, Everest demands the master poker player’s willingness to fold his cards; many climbers have died, as some did in 1996, by starting for the summit too late in the day, or in poor conditions, and essentially opting for a one-way trip to the top.)

The ugly truth is only made more obvious by Jordan’s constant protestations that the whole project was and is his idea. He tells a canned story about seeing the Seven Summits on a poster and being inspired; we’re supposed to believe, I guess, that it’s a complete coincidence (and what a felicitous one!) that his father is an expert in high-altitude medicine, helicopter rescues, and mountaineering. No sir, no pressure from Dad here. The real horror is that if Jordan summits and returns alive, he will have set a benchmark that some other kid (i.e., parent) will try to break, and then someone else, and then someone else after that, as the idea percolates downward to the Lloyd Dubroffs and Richard Heenes of the world. And by “the world” I mean “almost certainly the United States”.

Let’s give Paul Romero a break and ignore the total lack of scientific evidence concerning the effects of prolonged oxygen deprivation on the developing brain of a child. Even setting that triviality aside, most fathers would be reluctant to let their child perform an activity that involved a ~3% risk of death. No, let’s put this another way: most fathers would try to attack you if you suggested it seriously. But Paul Romero “simply refuses to impose limitations that could restrict Jordan from realizing his full potential.” (Nothing helps a youngster realize his potential like becoming a worldwide celebrity before his voice changes, right? God forbid he should sit at home learning calculus.) And Jordan’s divorced mother appears to have been convinced to dismiss her own wholly rational fears for her child as nothing but “the mom thing.” Aren’t you glad you didn’t have parents like this?