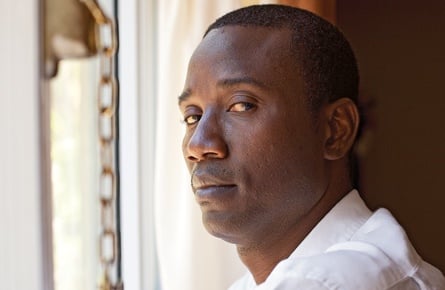 Cindor Reeves, a man largely responsible for bringing to justice one of the most blood-soaked tyrants in recent history, has had his refugee case rejected by Canada and may soon be deported to his native Liberia, where he runs a high risk of being murdered.

Reeves was the brother-in-law of Charles Taylor, who in 1989 launched a civil war in Liberia that killed more than 200,000 and left Taylor in charge of much of the country. Taylor was elected president during a brief lull in the fighting in 1997. Taylor also created a proxy army in neighbouring Sierra Leone that called itself the Revolutionary United Front, or RUF. The RUF’s child soldiers terrorized Sierra Leone for years. Taylor used them to obtain diamonds. He sent the RUF weapons; they sent him gems. Thousands died as a result.

It is for these crimes the Taylor is now on trial in The Hague. He’s there in large part because Cindor Reeves — of his own volition, without receiving anything, and at enormous risk to himself — helped the United Nations-backed Special Court for Sierra Leone build its case against Taylor.

“I am willing to go on the record and confirm that CR provided invaluable information that led to the indictment of Charles Taylor and others who were ultimately convicted,” Alan White, chief of investigations for the court from 2002 to 2005, said in a 2009 email that was published in Maclean’s. He further explained Reeves’ help in a 2009 affidavit: “I could always rely on the information and support provided by Mr. Reeves. In his effort to bring peace and security to the region he endangered himself and his family, yet he did so willingly without asking anything in return but for protection for his family. The court owes Mr. Reeves a debt of gratitude for his support and service.”

Reeves got to know Charles Taylor when he was nine and Taylor married his sister. Taylor invited Reeves to live with them when Reeves was 17. In the late 1990s, Reeves helped Taylor run guns and diamonds between Liberia and Sierra Leone. There is no evidence he personally harmed anyone. (I have reported on this and subsequent events in detail here.)

Reeves later turned against Taylor and began to secretly cooperate with British intelligence agents, and with the Special Court for Sierra Leone, which was compiling a war crimes case against Taylor. When the court learned from one of its informants that Taylor, suspicious, had sent an assassination squad to murder Reeves in Accra, Ghana, where he was staying at the time, they sent their own team to evacuate him and his family. (David Michael Crane, the Special Court’s chief prosecutor at the time, confirmed this to Maclean’s. Douglas Farah, a former reporter with the Washington Post, has confirmed he introduced Reeves to a British agent.)

The Special Court flew Reeves to Freetown, Sierra Leone. He was debriefed there for six weeks and then placed in witness protection programs in Holland and Germany. Unhappy and unable to work, in 2006 Reeves took his family to Toronto, where Reeves applied for refugee status. He did not hide  his past connections to Charles Taylor and the work he did for him.

Reeves didn’t have the Special Court’s permission to leave Germany, and when he did he lost its protection. But Reeves felt he had little choice. His legal status in the country was precarious, and the Special Court’s failure to properly reimburse the German police services that were managing his case made it more so. Alan White is sympathetic. “Although I don’t necessarily support anyone fleeing to another country without following proper and legal immigration process I can certainly understand why Mr. Reeves fled to Canada after being abandoned by the Special Court in Sierra Leone,” he wrote in his affidavit.

The Special Court, which Canada funds with millions of dollars, has shown little inclination to assist Reeves in Canada. It has come to him at least twice to ask for his help regarding the court’s case against Taylor. Reeves cooperated. He asked for and received nothing in return. Supporting a wife and two small children on low wages, Reeves has been forced to fund a costly and complicated refugee application process on his own.

Liberians loyal to Charles Taylor continue to make threats against Reeves and his family. He received the following email earlier this week:

“President Charles Taylor took you as his own son and look how you repay paid Him by betraying to the international community and helped Him to get him in jail? Cindor IM telling you as I told you two years ago we will kill you here in liberia so we are not going through the trouble of killing you in Canada Because we know that Canada will have you deported to Liberia. Canada, The USA. Germany, and the EU. all used you and look where you at now? Apparently the death of your two sisters didn’t Hurt you enough so your mother in Law […] will died in the coming time time. the same way you made us to suffer by conniving with the international community to take our father , Brothers Uncle president away from us you will feel the weight of death, You will die a very solw and painful death CR. if you go to the cops we will know and take action right away mother fucker.” [sic]

None of this is surprising. Nor are the threats against Reeves empty. Said White in his affidavit: “It is absolutely clear that if Mr. Reeves and his family went to Liberia he would be sought after by Charles Taylor supporters, which are still large in numbers and plentiful in Liberia and he and his family would undoubtedly be in fear of their lives.

David Michael Crane made a similar prediction about what would happen to Reeves in Liberia: “If word ever got out that he was there, I would not give him long,” he said in a 2009 Maclean’s article.

The Immigration and Refugee Board formally rejected Reeves’ case on January 20. He faces imminent expulsion to Liberia, though he retains the right to appeal. Reeves’ wife and children will be allowed to stay. The board cites Article 1F(a) and 1F(b) of the United Nations Convention and Protocol Relating to the Status of Refugees, which excludes from protection persons there are “serious reasons” to believe committed: a “crime against peace,”  a “war crime, a “crime against humanity,” or a “serious non-political crime” outside the country of refuge.

The Immigration and Refugee Board’s panel does not dispute that Reeves helped the Special Court and that these actions may have placed him and his family at risk, but it suggests he was motivated by self-preservation. “[O]ne must question what may have happened to Cindor Reeves and his family had he not come forth with the relevant evidence,” the panel concludes. It then lists the fates of others involved in Liberia and Sierra Leone’s diamond and weapons trade who have been charged or convicted of war crimes. The implication is that the same thing would have happened to Reeves.

This is a serious accusation. One might think the panel would have investigated such a claim before making it. Here’s David Michael Crane, the Special Court’s chief prosecutor, who would have indicted Reeves if what the panel alleges were true: “I don’t have any direct evidence that he was someone who perpetuated war crimes and crimes against humanity,” he said in a 2009 statement published in Maclean’s. “Certainly he is not someone I would have prosecuted.”

The panel disputes Reeves’ claim that he began collecting evidence against Charles Taylor in the 1990s and that he attempted to report Charles Taylor and his activities to the U.S. consulate in Burkina Faso in 1997. Among the evidence cited by the panel is that Reeves, they say, did not mention this alleged meeting in interviews with Maclean’s. The Immigration and Refugee Board has no idea what Reeves did or did not say to me. It knows what I published. The panel could have contacted the American diplomat Reeves claims he met and asked him. It appears it did not.

The panel contends the exact date when Reeves provided information to outside sources — including the Special Court for Sierra Leone, the NGO Global Witness, British intelligence agents, and former Washington Post reporter Douglas Farah — is important because it speaks to his credibility, and his motivations. The panel alleges Reeves’ most serious moves against Taylor began in  August 2001, after his wife was arrested and brutalized by Taylor’s thugs in July (though the panel acknowledges Reeves gave Farah a document as early as January 2001). They therefore dispute that Reeves’ participation in Charles Taylor’s weapons-for-diamonds regime was motivated by a desire to gather and distribute evidence of Taylor’s crimes.

I don’t know why Reeves cooperated with Taylor. It might have been greed. It might have been fear. It might have been the safest option available to him in a country that had descended into hell. What is indisputable is that Reeves then risked his life to help bring Taylor to justice, and may now lose it as a result. I doubt that many of us, including those now seeking to deport him, faced with similar circumstances, could find the same courage.