Slices of life are served up on a global scale in 'Babies' and 'Dish: Women, Waitressing and the Art of Service' 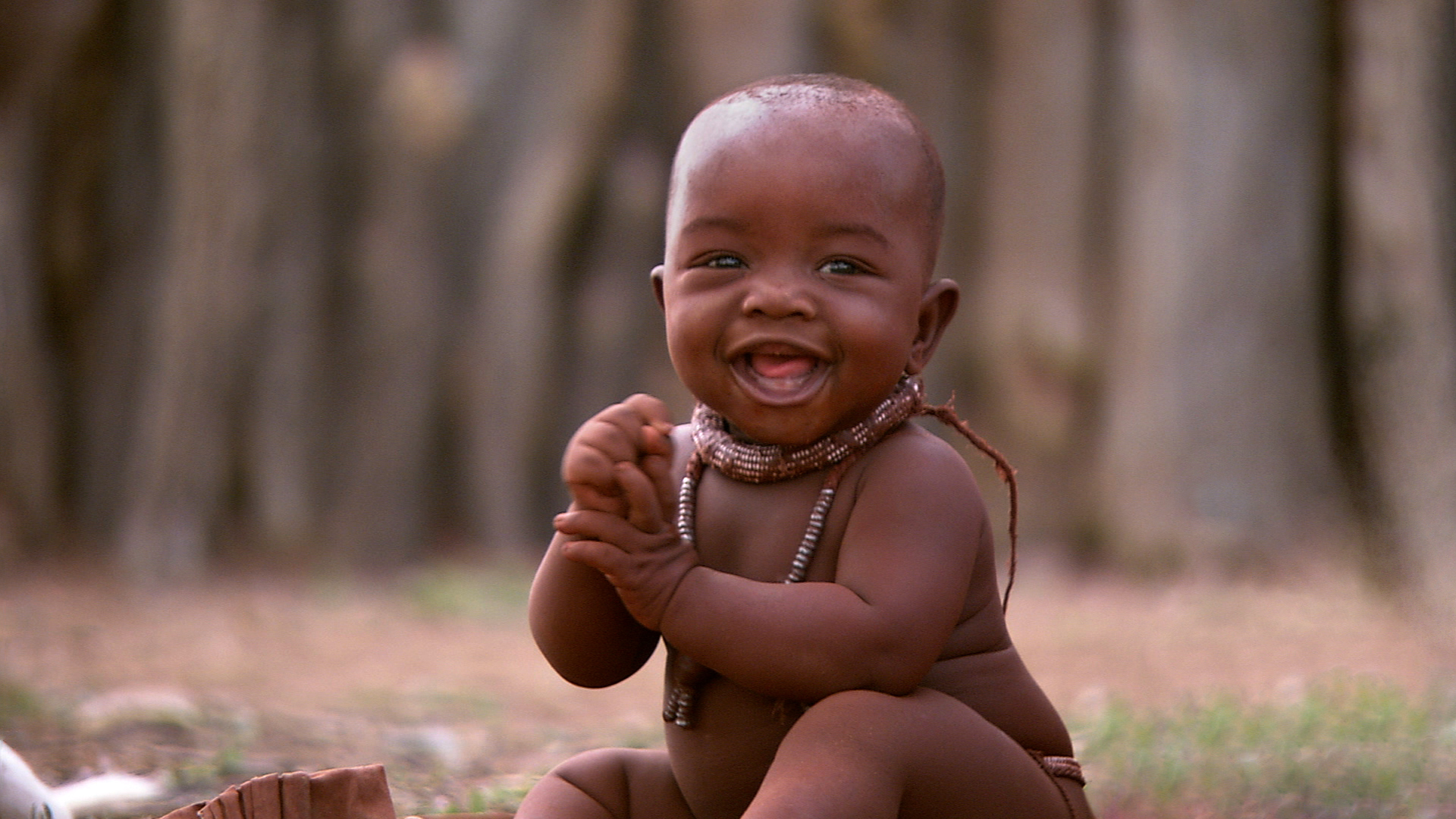 Ponijao, a Namibian child in 'Babies'

There’s a popular genre of documentary that’s part travelogue, part anthropology lesson. It visits far-flung corners of the world to explore cultural variations on a theme in, fulfilling two of the most basic documentary mandates: transporting us to an exotic location, and drawing universal truths from global diversity. Babies and Dish: Women, Waitressing and the Art of Service— both showing this week at Toronto’s Hot Doc extravaganza—are two such films. They’re very different. Babies, directed by French filmmaker Thomas Balmès, simply lets the camera dote on four babies from four wildly dissimilar cultures without comment or analysis, although a covert message lurks beneath the cuteness. Dish, directed by Toronto filmmaker Maya Gallus, makes its viewpoint explicit in exploring the sexual politics of female servitude in restaurants of all classes around the world.

I saw the much ballyhooed Babies at the opening night gala of Hot Docs last night, and there’s no doubt this is a crowd-pleaser par excellence. It’s telling that it comes from France, the country that gave us March of the Penguins, Winged Migration and Microcosmos, because Babies is basically a gorgeous wildlife documentary about very young, very cute  humans in their natural habitat. The babies are adorable, the photography is seductive, and the film, which opens commercially May, should do well. The filmmaker, who finds his unwitting subjects in Namibia, Mongolia, Tokyo and San Francisco,  tracks them from birth to their first steps. Stringing together pearl-like moments of real-time wonder, the film taps into the most primitive form of family voyeurism—staring at babies as they try to invent themselves, and master their bodily functions, one embryonic thought at a time. Baby Porn! The narrative logic is pretty straightforward as the filmmaker intercuts scenes of breast-feeding, crying, peeing, crawling, falling, babbling, playing, standing, stumbling, etc. And teasing cats. There are a lot of animals in the movie. In Africa we learn that although a calf may accidentally kick a baby, cattle tend to walk around them. The filmmaker doesn’t need narration to assert his bias. He makes it pretty clear that he thinks the most toxic environment for an infant is not the African mud hut where the kid is surrounded by flies and sticks a dirt-covered bone into his mouth. It’s in San Francisco, where the baby leads a coddled, antiseptic existence of plastic-sheathed strollers and New Age infant yoga classes.

When I came out of the premiere, I bumped into a Canadian film producer who was appalled by Babies, which he dismissed as a vapid exercise in cutespoitation. He was also amazed by how much money it must have cost. But no matter what you think of the filmmaking, or the agenda behind it, the result is something we’ve never seen before: a feature-length spectacle devoted to babies. There’s a reason people are mesmerized by them in real life. And for the same reason, Babies will be a hit when it opens commercially next week. 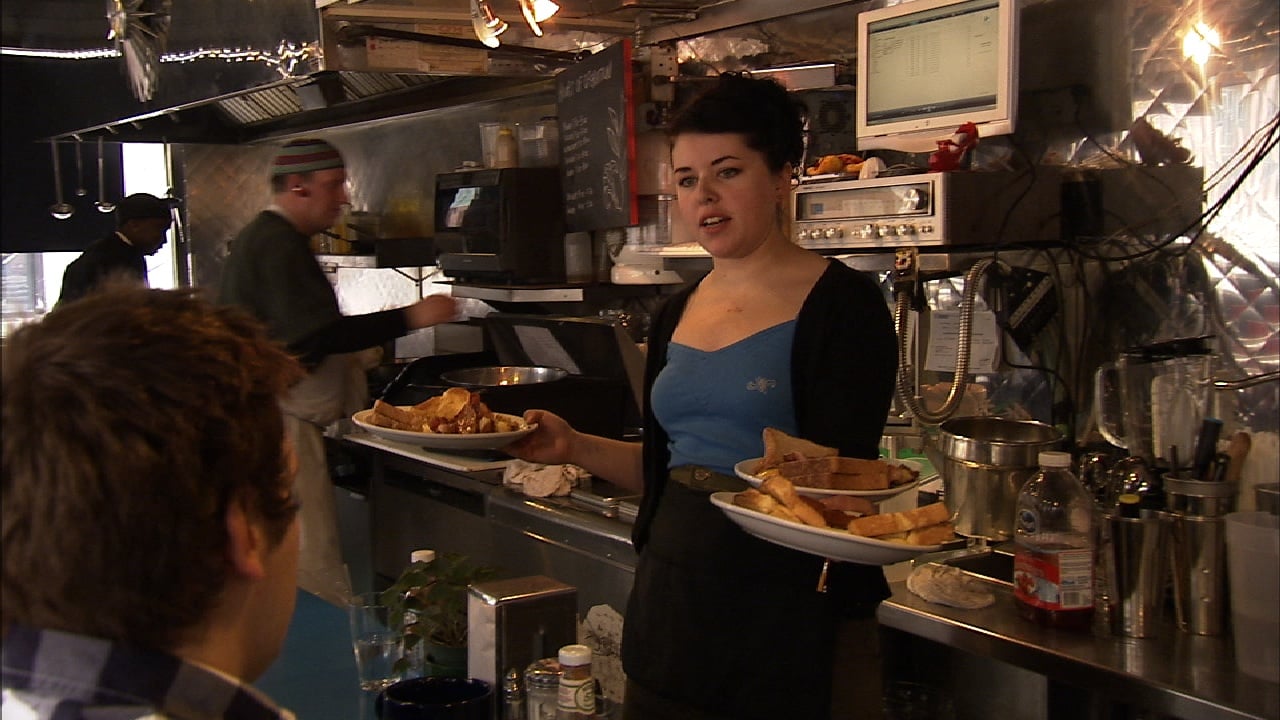 Maya Gallus kicks off her stylish, well-crafted documentary with a marathon tracking shot that follows a waitress with a formidable stack of platters on a multi-storey trek through a large and lavish Paris restaurant. The opening sets the pace for a fluid hand-held camerawork that keeps things cooking along and becomes a conceit unto itself—just keeping up with a waitress is no mean feat. Gallus travels far and wide to dish the dirty little secrets of the restaurant biz from the female point of view, and they’re are not all that surprising. In confessing the black art of extracting tips, Waitresses explain how a judicious smile or a hand on the shoulder will inspire generosity from a male client. In a diner or truck stop, a waitress can play a gestural role as a kind of surrogate wife or girlfriend for a regular client. Those fantasies remain largely unacknowledged. But in some eateries they become more explicit—from weird “maid cafes” in in Tokyo where men are served by fawning servers in French maid uniforms to a seedy Quebec joint where the women slinging the burgers go topless. The film examines the class structure of the service industry, showing that at the summit of fine dining, in the gourmet restaurants of France, male waiters rule and waitresses are considered an aberration. Gallus, however, does find a French waitress who holds her own in an army of men—she’s the one hauling that mountain of platters in the opening shot.

For capsule review of  BDJ’s favorites at the festival go to: What’s Hot at Hot Docs