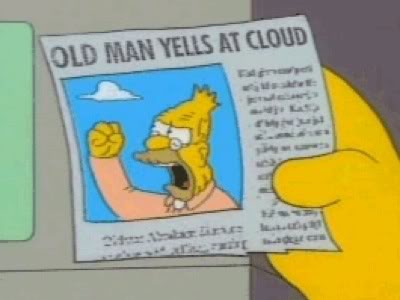 One of my favourite subjects is the weirdness of having the 18-49 demographic as the only one that Counts, so of course I had to read this article by Brian Lowry of Variety (paywall’d) about how the broadcast networks — not just CBS — have a problem: some of their dramas are able to draw a lot of viewers, but they’re the kind that the network can’t monetize.

One of the most famous examples is The Good Wife, which is the best drama on broadcast TV but also happens to be one of the oldest-skewing dramas on broacast TV. It gets well over 10 million viewers every week, but three-quarters of them are over 49. (The NCIS twins, which precede it on the schedule, have almost as high a percentage of older viewers but, with more total viewers, are able to pick up a higher 18-49 rating.) If you evaluate it by total viewers, it’s a solid success; by 18-49 rating, it’s a bubble show.

Now NBC has a similar issue with the new show Harry’s Law. In spite of people like me tut-tutting that David E. Kelley has done all this before, it is probably the most popular new show NBC has introduced this season. But its viewers are largely over 60.

So what’s a network to do when a show does what most shows cannot — attract a lot of viewers — but can’t translate those viewers into dollars? As Lowry says, it’s not as simple and clear-cut as it would be if these shows were just unpopular:

The interesting question is how networks other than CBS will handle programs with these kind of demographic profiles. If a series is wholly rejected by viewers, that’s easy: You cancel it. But what happens when a show attracts 10-12 million viewers — a “hit” by today’s standards, strictly in terms of cultural reach — but only a small portion of that audience is salable under the current ad-supported system?

For starters, networks might try to change the yardstick. CBS has long touted the importance of the Baby Boom generation — whose eldest members have begun turning 65 — while NBC recently presented research about the buying power and purchasing habits of “AlphaBoomers,” those age 55-64, typically judged by advertisers to be too set in their ways to try new products, without going quite so far as to prod media buyers to ante up for that demo.

Advertisers, however, will give ground on that front grudgingly, and despite their mutual interest in wringing additional value out of an aging audience, the networks — which haven’t exhibited any ability to act in concert — have little hope of making serious inroads on a piecemeal basis.

I tend to think that advertisers probably sort of know what they’re doing, at least collectively. It doesn’t mean they’re right, but they do have some legitimate reasons for believing that over-50 viewers aren’t as valuable to them. It’s not a question of older people being uncool or whatever they’re being mocked for this week (making fun of old people for watching The Mentalist seemed to become one of the hackiest jokes of 2010). But over-50 people may be more committed to a particular brand and less easily swayed from changing it, and because they’re used to living without recently-introduced technology, they’re less anxious to run out and buy it. Someone who lived a long time without a cell phone might buy a cell phone — once. Someone who can hardly imagine adult life without a cell phone is the one to aim for if you want them to throw away the perfectly good phone they already have and get a slightly better one.

The 18-49 emphasis probably should change, if only because the broadcast networks are all getting an older audience and eventually it’ll be a choice between a) Finding ways to monetize the ways young people are consuming TV, or b) Finding ways to monetize the people who are still watching “live.” The latter way is probably easier and the networks can usually be counted on to take the easy way.

It might happen if, as Lowry puts it, the networks manage to “act in concert” and really, collectively push some new demographic standards to supplement the 18-49 and 25-54 ones. This will not happen any time soon, because why should a younger-skewing network help out CBS? But the way things are going, soon all the networks will be CBS in their demographic profile, and once that happens, it might be time to get together for some good old-fashioned collusion.