Emmys: No Backlash, No Turns 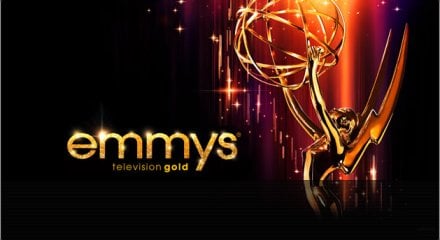 The Emmy choices were going okay, despite the excision of Alec Baldwin’s Rupert Murdoch jokes and further proof that a contrite Charlie Sheen is a boring Charlie Sheen. There were some surprises, including pleasant ones like Kyle Chandler and Jason Katims winning for Friday Night Lights, leading to a glimmer of false hope that that show could pull off some kind of upset. (Also, Margo Martindale’s victory was one of the few predictions I got right.) And then came this big clump of movie and mini-series awards. It seemed to take away some of the momentum, especially since those awards were followed by two repeat winners for best series (Mad Men and Modern Family). I’m not saying MOTWs and mini-series shouldn’t be part of the main show, but I don’t think they should all be scheduled together. It just seems to create this strange effect where one group of shows is replaced by a totally different, and frequently more British, group. If those awards were shortened, there could be some room again for the technical awards. Those may not go to people the audience has heard of, but they do go to the same shows as the other awards in the evening, and therefore increase dramatic tension, the feeling of competition among particular shows. Right now the movie/miniseries stuff is like a separate show.

About the awards, there was a certain revenge-of-broadcast-TV narrative going on here, at least until Mad Men won again. With comedy dominated by broadcast shows across the board, and the drama acting awards going to a broadcast series and a used-to-be-broadcast series, the dominance of cable was not as pronounced as it’s sometimes been. (This is another reason why the movie/miniseries stuff seemed like a weird interlude, since the broadcast networks mostly abandoned that business. If they don’t want to turn part of the show into advertising for HBO and PBS, maybe the broadcast networks should get back into trying to find the next Roots? Because that would be the best thing that could come from this.) But Mad Men still won in the end: backlashes are hard to come by.

But Mad Men had a legitimately excellent season, and the shows that HBO unveiled to try and take on Mad Men did not quite have what it took to unseat it. (Boardwalk Empire couldn’t make it because it wasn’t as good as it could have been; Game of Thrones is better than Boardwalk, but it’s in a genre that’s not an easy sell to voters.) Modern Family, on the other hand, got some genuine rumblings of backlash online, but it turned out that online backlash is not the same thing as actual backlash. It could be that the show’s decision to start its third season at a dude ranch, a plot usually reserved for shows that are scrounging for stories much later in their run, will turn the tide. For now, its place is secure within the industry. Whereas there really has been a backlash against Glee, and even The Office.

The Modern Family victory is one of the few that I find out-and-out disappointing, though not surprising (that’s another of the few predictions I got right). Parks & Recreation deserved it, I think: if nothing else, of the six comedy nominees, Parks & Recreation was the only one having its best season to date. None of the other five were, in my opinion, quite at their best this season.

Another disappointment is Steve Carell losing. (Others, including Alyssa Rosenberg in her great live-blog with Libby Hill, would prefer Louis C.K. won; I think Carell had the tougher job.) Here is the thing about this: it turns out that when we say someone will win because it’s his turn, or his last chance, we’re probably wrong. If the Emmy voters thought this guy’s performance was not the best in the six previous years, they’re not very likely to change their minds just because he’s leaving. What can change that is if the competition is weaker, or if the actor submits a particularly strong tape for consideration. (If you’re wondering how Melissa McCarthy won, it’s not just because of Bridesmaids: the episode she submitted, while not very good, had her character get high on cough syrup and play a big long roaring show-offy scene in that condition. That gets voters’ attention.) Carell, like Jason Alexander and so many other deserving actors, just didn’t seem to connect with a majority of voters.

I suspect one thing that held him back was, weirdly, his success in movies. Carell is in a lot of movies doing some of the things he does on The Office – in fact, his character on The Office was re-tooled to incorporate some of the sweetness he’d shown in The 40 Year-Old Virgin. You’d think this would impress voters, but maybe it gives them the mistaken impression that he’s not really acting. Sort of like John Goodman kept losing the Emmy; maybe all those movies he was making were read by voters not as “wow, John Goodman is so brilliant he can adapt to many different kinds of movies and contexts and directorial styles,” but as “there’s John Goodman doing John Goodman things again” – which, I emphasize, would be exactly the wrong impression to get. I don’t want to make too much of that; as McCarthy shows, doing a movie can help your Emmy chances too. But I wonder if voters were more impressed with someone who arrives on TV and plays a broader, more cartoonish character than he does in movies (Alec Baldwin) than someone whose TV character is a subtler version of what he does in big commercial films (like Carell).